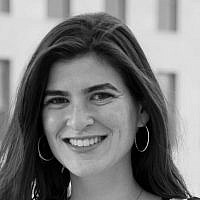 The Blogs
Tamar Schwarzbard
Apply for a Blog
Please note that the posts on The Blogs are contributed by third parties. The opinions, facts and any media content in them are presented solely by the authors, and neither The Times of Israel nor its partners assume any responsibility for them. Please contact us in case of abuse. In case of abuse,
Report this post. 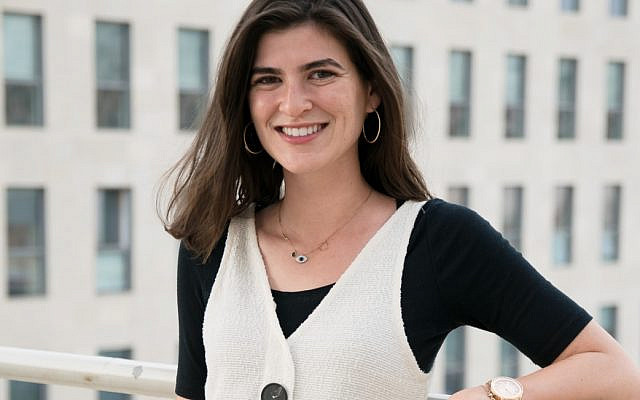 These are just some of the names I’ve been called this past week.

As the person behind some of Israel’s official social media accounts, I’m used to reading hundreds of comments critical of Israel on a daily basis. But the amount of hateful comments, of users calling for violence and attacks on Israelis, of tweets and posts that disguise antisemitism as anti-zionism, have made my job during normal times look like paradise in comparison.

The last ten days have been overwhelming in many senses, as our Digital Diplomacy Department at the Israel Ministry of Foreign Affairs works around the clock to share Israel’s reality with the world. The most difficult part has not been the long hours, but the curtain that’s been lifted from my eyes as I read some of the most dangerous rhetoric online regarding Jews and Israel- the same rhetoric that was once taboo but has now become mainstream and even praiseworthy, thanks to social media, misinformation and extremists.

Celebrities like Bella Hadid march alongside Palestinians chanting “From the river to the sea, Palestine will be free,” a phrase used by terrorist organizations as a call to arms for the annihilation of Israel.  Instead of being criticized for advocating to cleanse Israel of its Jews, they are lauded as human rights activists, applauded with heart emojis and comments from ignorant people thanking them for supporting Palestine.

Commentators like John Oliver and Trevor Noah accuse Israel of war crimes, almost expressing disappointment that there were fewer Israeli casualties thanks to the Iron Dome, all while sitting in their comfortable studios thousands of miles from Israel or the Gaza Strip.

Celebrities like Chance the Rapper retweeted messages from the official State of Israel account showing data on rockets fired at Israelis, while accusing Israel of genocide. I am sure these people think they are saving lives, but their misinformation ends up endangering innocent lives on both sides.

Let me be clear, what Hamas has done to Gazans and to Israelis is awful. No Israeli with any moral compass wants to see innocent Palestinian children being killed or being used as human shields for terrorists. The pictures coming out of Gaza are heartbreaking.

Watching so many so-called “human rights activists” on social media calling out Israel for protecting the more than 70% of its population currently under rocket fire, while ignoring the human rights abuses that Hamas inflicts on the Palestinian people this week and every day is a distortion of reality.

Where were the human rights activists when three teenage Israeli boys were kidnapped and murdered by Hamas terrorists in 2015, one of them an American citizen?

People keep talking about the lack of symmetry in this conflict and they are absolutely right. There is no symmetry between a terrorist organization like Hamas whose charter calls for the “annihilation of the Jewish State,” and a democratic government protecting its people from ongoing rocket-fire for the past two decades.

Apparently, there is also no symmetry when it comes to Hamas’ attempts to murder innocent Israelis to the Palestinian deaths in Gaza, because not enough Israelis have died.

It’s easy to retweet empty messages from celebrities who call for “freeing Palestine” and shame Israel without having any context of the complexities of the Arab-Israeli conflict. It’s easy to question the legitimacy of a Jewish State without studying the 3,000-year long history of the Jewish people in the land of Israel.

Today, everyone with more than 5,000 followers on social media deems themselves an expert, using their keyboards to provide solutions to a conflict which has cost thousands of innocent lives and has yet to be solved by some of the brightest minds and most experienced leaders in the world. It’s easy to use buzzwords like genocide without ever having even experienced war, belittling the murder of millions of Jews, Rwandans and others who were sent to their deaths in concerted and organized extermination efforts.

But you know who is calling for genocide? Hamas- whose charter says  “The Day of Judgement will not come until the Muslims fight the Jews, when the Jews will hide behind stones and trees. The stones and trees will say, ‘O Muslim, O servant of God, there is a Jew behind me, come and kill him.”  Thanks to social media, Hamas has been rebranded as a resistance group that is simply protecting the Palestinian people. Online activists may not be aware of Hamas’ true face because there was no Twitter when Hamas was carrying out suicide bombs in restaurants, buses and community centers.

And where are all of these so-called experts on genocide when it comes to the history of the Jewish people and the Holocaust? On clubhouse, denying the Holocaust and exploiting Jewish suffering to promote Hamas’ narrative.

In a Clubhouse discussion on the topic of the Israel-Arab conflict with a group of Americans and Iranians, someone accused me of genocide as an Israeli, moments after one of their friends in the group denied the Holocaust.

As a Jew whose grandparents survived the Auschwitz death camps and experienced genocide first hand, I was disgusted by the flippant use of the term used to validate the Palestinian narrative, while denying the Jewish one.

Over the past week, I’ve read comment after comment by individuals claiming to be allies of Jews, but posting statements like “it’s so sad to see Jews who experienced the Holocaust doing the same thing to the Palestinians today. What would their ancestors think?” Well, I can tell you, because my grandmother discussed her views with me over and over again. If she were still alive today, she would say that if her experiences during the Holocaust had taught her anything, it was that the Jewish people should do everything in their power to defend themselves from those who would rather see them gone, before it’s too late.

There are many people who speak out against the millions of people who did not take action and stand by Jews in the years leading up to and during the Holocaust. Many of them are the very same people that stay silent on social media today, while Israelis and Jews around the world are attacked for their religious and national identity.

About the Author
Tamar Schwarzbard is the Head of New Media of the Israel Ministry of Foreign Affairs, responsible for managing the State of Israel's digital presence in English, including the official Israel Twitter branding account @Israel.
Related Topics
Related Posts
Comments