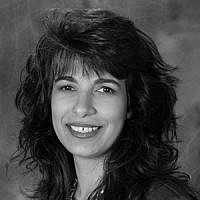 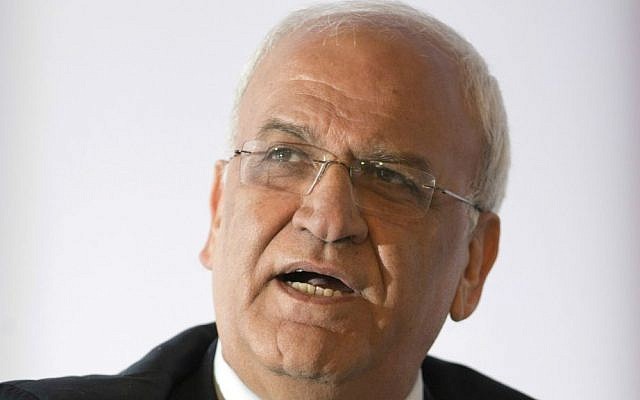 Never has the wisdom of the ancient rabbinical adage that showing mercy to the cruel would eventually result in dealing cruelly with the merciful been more apparent. The recent news that senior PLO official Saeb Erekat has asked to be placed on Israel’s waiting list for a lung transplant certainly raised a few eyebrows. A sworn enemy of Israel seeking succor from the very country that he has reviled and conspired against for so many years is undoubtedly ironic, but when one considers the actual insidious rhetoric Erekat has engaged in against Israel, a wry smile should be the very last thing that this news elicits.

As of this writing, the 62-year-old PLO terrorist leader is in Israel, enjoying the advanced medical care that the country offers to all its citizens, a level of care denied the Palestinian people who suffered first under Arafat’s corrupt regime and again today under its equally venal successor. He is being treated in an unnamed hospital somewhere in central Israel, even as those who have the misfortune to live in Gaza are denied electricity by his boss Mahmoud Abbas as part of a power play with his rival, the terrorist organization Hamas, which illegally rules in the Strip.

But as disgraceful as this is, it is not the worst of it. For years, Erekat has been a strong proponent of the international push to boycott Israel, a pernicious and dangerous movement whose double standards on the Jewish state have justifiably raised the alarm over the barely concealed anti-Semitism at the core of this endeavor. This movement conveniently ignores the suffering inflicted by Assad in Syria, the reversal of democratic norms by Erdogan in Turkey, the brutal regime of the fundamentalist lunatics in Iran, not to mention the crisis being perpetrated by the diabolical leader of North Korea. It aims to isolate Israel, to bring it to its knees economically and politically, thereby achieving Palestinian extremist objectives without ever negotiating in good faith or making any compromises at all.

Exactly one year ago, Erekat lambasted the European Union for its refusal to boycott Israel. Writing in Newsweek, the former peace negotiator slammed the Jewish state for what he called its “crimes and systematic violations of international law,” and accused the EU of being “complicit with the systematic denial of the Palestinian people’s rights.” It is hard to reconcile this diatribe with the man who is so quick to avail himself of the privileges he and his cronies have denied their own people.

And Erekat has been lying about Israel for decades. Perhaps his most damaging blood libel against the Jewish State came in April 2002, at the height of the murderous Second Intifada, when Palestinian suicide bombers were slaughtering Israelis in the streets on a near daily basis. Immediately following the horrific Palestinian bombing of a Passover seder at the Park Hotel, then Prime Minister Sharon finally launched a military operation to remove a nest of terrorist vipers in the West Bank explosives factory that was the PLO’s stronghold in Jenin. A reported 30 IDF soldiers fell in Operation Defensive Shield. Shortly after the IDF entered Jenin and encountered heavy resistance, the the operation was branded a “massacre” by the same man who is now benefitting from Israeli civility. Erekat falsely claimed that 500 Palestinians died in the fighting, an allegation that even the United Nations, hardly a friend to Israel, clearly rejected as nonsensical. The final death toll in the fighting was found to be a mere fraction of that number. But that didn’t stop the vicious Erekat, who continued to rail against the IDF troops, repeating this mendacious claim long after it was revealed as yet another in a long series of slanderous official Palestinian declarations about Israel.

Is it any surprise that the revelation of his treatment in Israel has caused outrage among Israeli soldiers past and present? Dozens of IDF troops themselves holders of organ donor cards have petitioned the government to remove Erekat’s name from the list of patients awaiting a transplant, outraged at the chutzpah of a man who systematically engaged in blood libel against the Jewish state. Indeed, why isn’t he in Qatar, whose deep pockets extend to funding violence against civilians, whose own royalty is happy to sponsor Hamas’s tyrannical rule in Gaza? Why hasn’t he sought medical care from Sweden, Lebanon or Nicaragua? Surely he would be more comfortable with treatment from these states that he has not accused of “vicious attacks and hateful incitement”.

Erekat is not alone in decrying Israel’s crimes while benefitting from the medical and technical advances it has given the modern world. Venerated scientist Stephen Hawking is another, using his Israeli-developed communication system to support the boycott of the Zionist entity. But this latest PLO hypocrisy is staggering.

Let no one imagine that Erekat’s health woes have humbled him nor softened his anti-Israeli sentiments. He continues to lash out against us on a daily basis and has every intention, if he fully recovers, of continuing to actively try to destroy the Jewish state. It makes little sense then for our government to invest hundreds of millions of shekels of taxpayers money to combat BDS and the international campaign to delegitimize Israel, which is recognized as a dangerous threat to national security, while wasting millions of shekels on providing emergency medical care to one of the world’s most prominent and outspoken haters.

If Israeli doctors are going to perform any procedures on Erekat, perhaps let them implant a sense of decency, honesty and self-respect as well.

The writer is the president of the Shurat HaDin Law Center and represents hundreds of victims of Palestinian terrorism in lawsuits worldwide.

About the Author
Nitsana Darshan-Leitner is an Israeli civil rights attorney and the founder of the Shurat HaDin – Israel Law Center, an Israeli based civil rights organization which legally holds to account terrorist organizations and the regimes that support them. They are also dedicated to combating discrimination against Israel through the boycott and 'lawfare' campaigns.
Comments