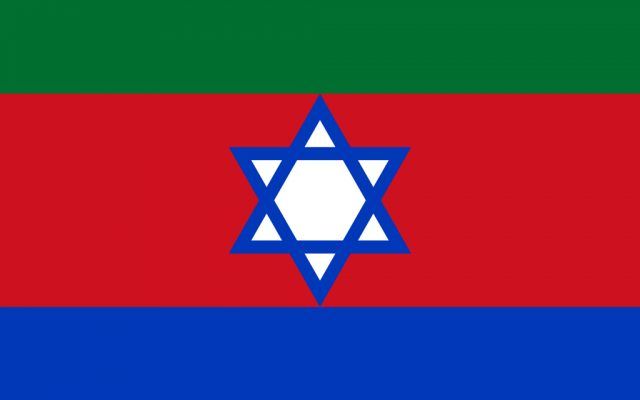 “ Joseph named his firstborn Manasseh and said, “It is because God has made me forget all my trouble and all my father’s household.” 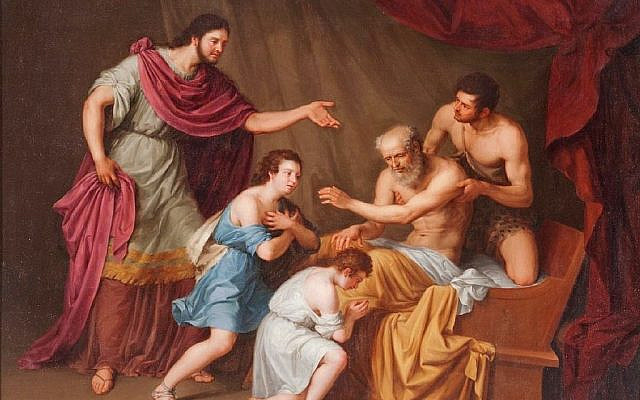 This article has been written by the author, focusing on a Jewish woman in India, who struggled against all odds to stand against entrenched patriarchy in her state, but to understand her and her achievements in a holistic fashion, we need to know, who are the Bnei Menashes, the tribe of Mannaseh, what were their origins, and how they ended up in India ? Let’s read and understand ! In Egypt, Manasseh and Ephraim were born to Joseph by Asenath daughter of Potiphera, priest of On ( Genesis 46:20 ) The descendants of Manasseh through Makir, became the Makirite clan (Makir was the father of Gilead); and through Gilead, the Gileadite clan. The tribe of Manasseh and the tribe of Ephraim would come to be known as The House of Joseph. As the first born of Joseph, Manasseh received the double portion of the inheritance, despite Ephraim’s greater blessing of influence and prosperity. The tribe of Manasseh received a double portion of land upon Israel’s conquest. Manasseh received land in the Transjordan, east of the Jordan, and a large portion of land on the west of the Jordan. The tribe of Manasseh, thus, was the only of the 12 tribes of Israel to receive an inheritance on both sides of the Jordan River. 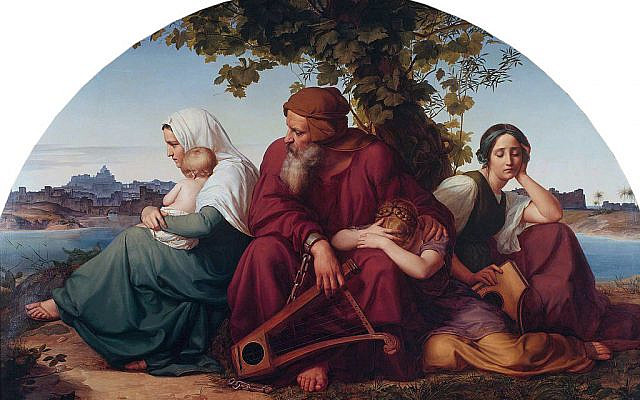 When the independent kingdom of Israel, established by the 10 northern tribes after the death of King Soloman (10th century BCE), was conquered by the Assyrians in the late 8th century BCE, many Israelites were carried off into slavery. The 8th century population of the hill country of Samaria was 95,000 – 100,000 (Na’aman, Ancient Israel & its Neighbors, 231) from the hill country of Manasseh, 50,000; from the city of Samaria, 15,000; and from the hill country of Ephraim, 33,000. Thus the 27,290 people deported by Sargon II upon the fall of Israel was over a quarter of its total population. In time the tribe of Manasseh was assimilated by other peoples and thus became known in legend as one of the Tribes of Israel.

A member of the Beni Manashe, the tribe of Manasseh, a lost tribe of Israel which found home in North East India and Myanmar, Lalthlamuani, did something that soon became a big news in India, making feminists all across the country rejoice, and make policy makers and implementers think why it took so long to happen. By becoming the first woman ever to contest a Lok Sabha election in Mizoram, Lalthlamuani smashed the patriarchy rampant in that part of India, and has no doubt created history. Explaining  her vision, she said, “The recognition of our identity is part of New Jerusalem that I envisage. I want the United Nations to recognise that we are a Lost Tribe of Israel. Also, I want to bring all Jews, scattered in parts of the Northeast and Bangladesh, under New Jerusalem”. She took on the presidency of the Chhinlung Israel People’s Convention, an NGO that works for the believers of the Lost Tribe of Israel, after her husband’s death, she has shown one thing for sure, that where there is a will there is a way! 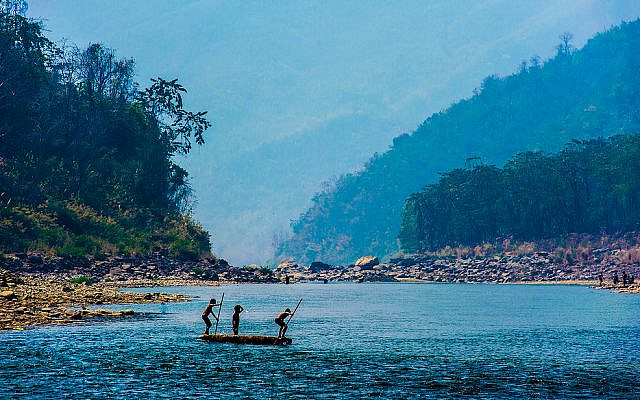 Let us try to understand the society from which, Lalthlamuani, rose to challenge patriarchy, in this endeavour of mine I take help of a research paper titled “The Status of Women in Mizo Society” authored by Janet C. Lalhmingpuii, and  Vijanti Namchoom in Journal of North East India Studies. When it comes to succession to property in Mizoram, even in the absence of a male child, a daughter could not claim, as a matter of right, the family property in Mizoram, but it would normally go to the nearest male relative. among the Mizos women had a very low status and could not acquire true membership in the politico-jural field either in their natal home or in their husband’s family. Even after the birth of the first child, they were referred to as ‘monu’ (bride) in the conjugal family. In fact as long as the couple lived with the natal family of the husband, the wife would not, normally, acquire the status of full membership and she was always referred to as monu (Nunthara 1996: 85). Many Mizo men mistreat their wives as helpers, subordinates or as servants and do not think of them as partners. In traditional Mizo society women’s place in the family in this sense was that they were under the autocratic dominance of men. When it comes to Politics, the state has a total of 6,11,124 electorates of which females constitute 3,08,84 outnumbering their male counterpart by 6,644 voters. Despite this, from the record of the election history of Mizoram, the state has so far seen only two women minister in 32 years. First was Lalhimpuii of Mizo National Front (MNF), who was elected in 1987 and the second women minister was Vanlalawmpuii Chawngthu, who was inducted in the erstwhile Lal Thanhawla’s cabinet in 2014.

The rise of Bnei Menashe:

During the past forty years, a Judaization movement has taken root among the Chikim in Mizoram, Manipur, and the Chin State of North Burma as per Myer Samra  an Associate Lecturer in the Department of Anthropology at the University of Sydney. Several members of the Chin-Kuki-Mizo tribes speakers of languages from the Tibeto-Burman language family and Mongoloid in their facial appearance started claiming that they are one of the lost tribes of Israel. This movement has propelled a small segment of the Chikim to full conversion to Judaism, settlement in Israel, and adoption of a radically different lifestyle. By 1936, the revivalist Saichhunga was asserting that the Mizos were ‘the lost tribals of Israel’ . In 1951 this idea was taken up by  Challianthanga, the barely literate Head Deacon of the United Pentecostal Church in Buallawn village, which lies 140 km. north of Aizawl, the state capital of Mizoram. Challianthanga had a vision which persuaded him that the Mizos were descendants of one of the Lost Tribes of Israel. Consequently, in order to escape annihilation in the impending war of Armageddon, they had to follow biblical precepts directed to the Israelites, and to return to their historical homeland, Israel. In the 1980s Bnei Menashe leaders, connected with Israeli Rabbi Eliyahu Avichail, founder of an organization dedicated to finding descendants of the Lost Tribes. Once he was convinced of their Jewish origins, Avichail introduced the Bnei Menashe to contemporary Orthodox Jewish practice and to holidays such as Hanukkah. Avichail and others helped a few Bnei Menashe families immigrate to Israel in the 1980s and 1990s. “ Thank God, there are 4,500 Bnei Menashe in the Holy Land fulfilling the dreams of their forefathers,” says Tzvi Khaute, Shavei Israel’s community coordinator for the Bnei Menashe in Israel and India. The former high school economics teacher from Manipur “made Aliyah,” that is, immigrated to Israel, in 2000.

Still many Bnei Menashe are there in India and Lalthlamuani  is one of them. In 2013 the total members of the community were 7000 in India mostly concentrated in Churchandpur in Manipur and Mizoram, 5000 Bnei Manashes are currently following Judaism as per Seikhokan Hangshing general secretary of Bnei Manashe Council, in Manipur. As per a local newspaper of Manipur India, Twelve natives of North Eastern States ( Of India ) including Manipur and Mizoram are currently at war fronts fighting for Israeli army. One Avi Hangshing of the Tank Corps in Israeli Defence Force (IDF), who hailed from Kangpokpi was injured during the ongoing war at Jbail village in Southern Lebanon. Tinkhopao Phaltual (60) of Churachandpur said that they pray every Saturday at the Synagogue for the safety of native Jewish soldiers and for the victory of Israel. Lalthlamuani the widow of founder President of Chhinlung Israel People’s Convention, Lalchhinhima Sailo, who died on April 4 2007, contested as an independent against five male rivals for the lone Parliamentary seat in the state of Mizoram. Lalthlamuani’s steps have shown what the Bnei Menashe are capable off, they are a living link between the ancient civilisations of India and Israel, what we need to do is to preserve their culture wherever they are in India or in Israel.

About the Author
Mr. Arunansh B. Goswami is a lawyer by profession in New Delhi India, also a historian by training. He has studied history at the historical and prestigious St. Stephen’s College in Delhi India, he has also read law at prestigious, Campus Law Centre, University of Delhi ( India ) which has given one of the highest number of Judges to Indian Supreme Court. He has worked as a research consultant with Union Minister of Steel and Civil Aviation of India, Mr. J. M. Scindia and Mrs. Priyadarshini Raje. Scindia titular Queen of the erstwhile princely state of Gwalior in India. Mr. Goswami has studied Israeli and Jewish History deeply and travelled extensively in Israel, and Uzbekistan to explore and research about sites associated with Jewish Prophets.