Someone is strolling along the beach and sees hundreds of starfish that have been washed ashore. As he is walking, he sees a child picking one of them up and throwing it back in the water. The adult says to the child, “Why are you doing this? There are hundreds of starfish on the beach. What difference does this make?” The child replies, “It makes a difference to that one!”

Many of us have read this popular story on the Internet. Sometimes, it is just an undefined “someone” strolling and “someone” else putting the starfish back in the water. Other versions say it is an adult and a child; still other versions have an interesting twist — a teacher asks the child “What difference does it make?”
A story from Jewish tradition expresses the very same idea: 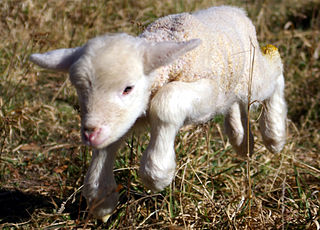 Our teachers have said:
Once, while Moses, our Teacher, was tending [his father-in-law] Yitro’s flocks, one of the kids ran away. Moses ran after it until he reached a small, shaded place. There, it came across a pool and began to drink. As Moses approached it, he said, “I did not know you ran away because you were thirsty. You are so exhausted!” He then put it on his shoulders and carried him back. The Holy One said, “Since you tend the flocks of human beings with such overwhelming love – by your life, I swear you shall be the shepherd of My Own flock, Israel.” (Exodus Rabba 2:2)

By definition, since every human being is made in God’s Image, everyone, every one, every single human being is valuable. “Usefulness to society” is not a valid criterion. There is a certain arrogance to those who maintain that the mover-and-shaker, the orchestra conductor, or research geneticist is of greater importance than the cashier at TJ Maxx, the taxi driver, the UPS person, or the custodian at the synagogue. God chose Moses because Moses cared about every single individual in the flock.

In the world of Jewish tradition, no one gets left out.

By extension and possible analogy, a curious section of Jewish law hints at this. The background: for certain prayers to be recited, a minimum of 10 adults must be present. This quorum is called a minyan. In the Shulchan Aruch (Code of Jewish Law), section Orach Chaim, 55:6, it states: “…if one of them is asleep, even so, that person is counted.”

Some commentators disagree, but the plain text says that, even asleep, the person is part of the minyan.

I have discussed this with several people and their interpretations vary:

(1) That there are many people in society who are, as it were, “asleep”, unaware, or unresponsive…of their own volition or involuntarily. They are most certainly part of our community; (2) Perhaps the sound of the prayers themselves will awaken the person. Stories are legion about people in comas waking up from the most likely to the least likely stimuli…a piece of music, petting a dog, a familiar smell, a touch or
stroke on the arm. It is all very mysterious, and, while not everyone is capable of “waking up”, certainly many more are than we might initially assume; (3) Medical personnel in operating rooms are ever-more aware
of how much an anesthetized person can hear and remember. While the person may not visually or aurally respond, clearly the person is definitely absorbing the words.

To summarize: (1) Everyone who is alive is part of the community, and (2) We can never know how little or how much or what in particular will “wake someone up”.

A story: My mother was in the hospital for about a month. Though she was unresponsive, I remember many occasions when her cardiologist, Dr. Warren Levy — may he live a long, happy, and full life! — came in, and before examining her, would whisper into her ear, “Now, Edythe, I am going to check….” It was so gentle, so very, very moving. It was the perfect human touch.

“…Whoever saves a single life – it is as if that person has saved an entire world.” (Mishnah Sanhedrin, Chapter 4:5)