The Blogs
Shlomo Riskin
Apply for a Blog
Advertisement
Please note that the posts on The Blogs are contributed by third parties. The opinions, facts and any media content in them are presented solely by the authors, and neither The Times of Israel nor its partners assume any responsibility for them. Please contact us in case of abuse. In case of abuse,
Report this post. 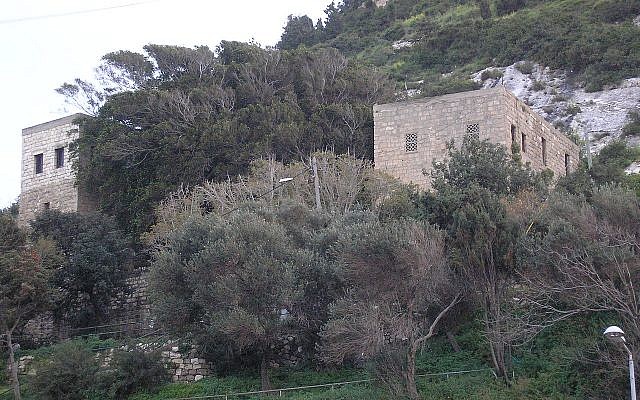 The Sabbath before Passover is called “The Great Sabbath” (Shabbat Hagadol) after the last verse of the reading from the prophets (haftara) for that day: “Behold I send you Elijah the Prophet before the coming of the great and awesome day of the Lord” – the day of Redemption [Mal. 3:23]. It is certainly logical that Elijah, the herald of the redemption, features before Pesach, the “time of our freedom” and redemption from Egyptian servitude.

But what kind of person is Elijah who will be the “messenger of good news, salvation and comfort” (Grace after Meals)? The Biblical Elijah was a zealot who slaughtered 450 prophets of Baal after a contest at Mount Carmel, and challenged God to punish the Israelites for having rejected His covenant and allowed Jezebel to murder the Lord’s prophets [I Kings 19:10].

But somehow in Talmudic and folk tradition, Elijah morphs into a benign, grandfatherly figure who drinks from a special goblet at everyone’s Seder table, graces every newborn male baby with his presence at their circumcision and frequently appears as a deus ex machina to teach important lessons and save people’s lives at critical moments.

Just when, why and how did this fiery fanatic become a venerable sage? Let us look again at the Biblical text and I believe we will discover the dynamics of the process.

Elijah lives in Israel under the idolatrous monarchy of Ahab and Jezebel, Baal devotees who murdered the prophets of the Lord. The wrath of God is expressed in the form of a drought which wreaks havoc on the land.

Elijah stages a Steven Spielberg-style extravaganza: He convinces King Ahab to invite all the Israelites to the foot of Mount Carmel, where he has the 450 prophets of Baal choose a bull. Elijah takes another bull, and each animal is cut in half and placed on an altar without a fire – one altar to God and one to Baal. The victor will be the person whose altar is graced by fire from on high.

After the better part of a day of fruitless prayers, incantations and orgiastic immolations by the prophets of Baal, Elijah drenches his offering in water and then calls out to God. A fire descends from heaven, consuming his offering together with the wood, the stones, the water and the earth. The Israelites cry out: “The Lord! He is God!”

Elijah then slaughters the 450 prophets of Baal, clouds gather and a great rain comes down. Elijah is exultant, until he receives a message from Queen Jezebel, who vows that “at this time tomorrow I shall make your soul like one of those [prophets of Baal].”

Elijah is shocked that she does not repent or seek forgiveness for her idolatrous ways. Yet he also understands the shrewdness in her words. After 24 hours, she shall have him killed! Why not immediately? Because it will take the Israelites only 24 hours to forget the immediacy of the miracle. After only one day, the Israelites will forget about God and allow the wicked queen to destroy His only remaining prophet.

Elijah escapes to Beersheba and asks G-d to take his soul. An angel provides him with food and sends him on a 40-day journey to Mount Sinai. When he arrives, God asks why he has come, and he responds: “I have been a zealot, yes a zealot for the Lord God of hosts, because the Israelites have forsaken Your covenant; they have destroyed Your altars, they have killed Your prophets and they now seek to take my life as well, I who am now left alone” [I Kings 19:10].

Elijah understands that despite the great miracle he wrought at Mount Carmel, no one has repented, nothing has changed, and his life is in danger.

God is telling His prophet that people aren’t moved in the long term by miracles on a mountain – whether Mount Sinai or Mount Carmel – and that the Israelites will not be forced into submission by dire punishments. After the first revelation at Sinai, they worshiped the Golden Calf, and after the revelation at Mount Carmel, they didn’t repent of their idolatry, despite their shouts of “The Lord! He is God!”

The Israelites will be moved only by learning of God’s second revelation at Sinai – the glimpse He shared with Moses into His divine essence by the still, small voice of kindness and understanding, by the God of love and forgiveness [Ex. 34:6-8].

And this is precisely what Malachi says at the conclusion of his prophecy. There is the possibility that “the end of days” will be awe-some and awe-ful, replete with war, destruction and the bare survival of the faithful remnant; but the preferred possibility is that the end of days come as a result of national repentance for ignoring the voice of God, and the return of Israel to our heavenly Father in love and gratitude rather than out of fear.

Elijah must “turn back the hearts of the parents to their children and the hearts of the children to their parents” with the still, silent sound of unconditional love. God does not want to “strike the land with utter destruction” at the end of days [Mal. 3:24].

The rabbis of the Midrash go one step further. God is teaching Elijah that the prophet wanted to punish Israel only because he grossly misjudged them when he said, “They rejected Your covenant.” Elijah will be “taken to heaven” [II Kings 2:11-12], but he will have to shuttle between heaven and earth, he will attend every Pesach Seder where Jews celebrate God’s promise of redemption, and be present at every circumcision where Jews demonstrate their willingness to shed blood for the covenant.

The prophet will transform his people not by judging (or misjudging) them, but only by loving them with the still, small sound of our Father’s unconditional love.

A leading voice in the Modern Orthodox world, Rabbi Shlomo Riskin is an educator, social activist and author who serves as Founder and Chancellor of the Ohr Torah Stone network of pioneering men’s and women’s institutions. He is also Chief Rabbi of Efrat, Israel, and the founding rabbi of Lincoln Square Synagogue in New York City. He earned semicha from Rabbi Soloveitchik at Yeshiva University, and a PhD from NYU.

About the Author
A leading voice in the Modern Orthodox world, Rabbi Shlomo Riskin is an educator, social activist and author who serves as Founder and Chancellor of the Ohr Torah Stone network of pioneering men's and women's institutions. He is also Chief Rabbi of Efrat, Israel, and the founding rabbi of Lincoln Square Synagogue in New York City. He earned semicha from Rabbi Soloveitchik at Yeshiva University, and a PhD from NYU. (Photo credit: Chaim Snow)
Related Topics
Related Posts
Shlomo Riskin
Comments