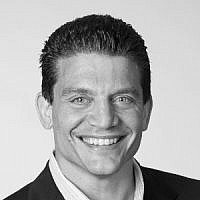 This past Sunday – on February 7, 2016 – a self-described Palestinian band called al-Wa’ed released a truly horrific “music video” inciting Palestinians to blow themselves up in buses and to kill as many Jews as possible.  The video was translated and transcribed by MEMRI – and you can see the video itself on the MEMRI site (if one is interested in seeing the mendacious filth and glorification of murder that passes for musical entertainment in a culture that has celebrated and engaged in terrorism and pogroms against Jews since well before Jews first had the temerity in the late 1800’s to announce that they are no longer only religious Zionists – praying for “next year in Jerusalem” and a return to Zion – but they are now also political Zionists who will stand up for their civil rights in their indigenous homeland, including their right to self-determination).

In this “music video” the singers repeat over and over again the title of the song (that “the story of the Intifada will only be told when the roof of a bus goes flying”) and then heap praise on Hamas terrorist Yahya Ayyash (“be glad, brother Ayyash, for the Compassionate has blessed you …. You did not let a single bus drive through a neighborhood without having chunks of the bus and body parts go flying.”). The object of this graphic adulation, Yahya Ayyash, was the chief bomb maker of Hamas in the mid-1990’s and his bomb making skills earned him the moniker the “Engineer” (of course unlike Israeli engineers who admired for designing, for example, chips for computer processors, solar powered cars, and robots that rescue earthquake victims, Palestinian “engineers” are admired for designing bombs and terror tunnels).

The music video then implores its Palestinian viewers to “wrap the explosive belt around your waist” and to “dispatch them [the Jews] to Hell.” Borrowing from the playbook of the Godfather of Palestinian Arab terrorism himself, Mohammed Amin al-Husseini, the former Mufti of Jerusalem from 1920 – 1937 and staunch ally of Adolf Hitler (who repeatedly launched in the 1920’s and 1930’s pogroms and massacres of Jews by falsely claiming that the Jews were planning to destroy the Al-Aqsa Mosque), this demonic Palestinian version of a boy-band urges its followers to be a “Martyrdom-seeker” and to “heed the call of the Al-Aqsa Mosque, make the blast of the bomb reach further and further.”

Then after showing scenes where caricatures of Jews are waiting for a bus to come, one of the al-Wa’ed singers cries out “Oh Martyrdom-seeker, make them cry. Make the fire engulf them. Turn them into body parts, roast them, bringing joy to the hearts of the steadfast people.” If that is not graphic and disturbing enough, then after the video depicts the soon to be suicide bomber walking through a bus filled with Jews (conveniently marked with a Star of David sticker in case one somehow misses the point), another singer exhorts “with your explosive belt, we will defend our free women. We want the dead to fill the streets, and the blood to intensify the pain.” Setting aside the irony of the fact that the only “free women” in the entire Middle East (including Arab Muslim and Christian women) are the women in Israel, this song demonstrates in one horrific six minute video why Israel cannot allow for the Palestinians to have a an independent state in any inch of Judea and Samaria until (at a minimum) the Palestinians have undergone a tectonic and generational shift in how they educate and raise their children.

For as anyone that has been paying attention to Palestinian “society” and “culture” knows all too well, incitement to violence and murder, glorification of Jihad and martyrdom, hatred of Jews, and the denial of Israel’s right to exist within any borders, which are all exemplified by this sick and depraved music video, are also considered quite acceptable and normal for the overwhelming majority of Palestinians (and sadly for much of the Arab world) and is far (very, very, far) from being exceptional or unusual.

As the leaders, followers and supporters of Hamas, Al Qaeda, Boko Haram, Hezbollah, Fatah, Al Aqsa Martyrs Brigade, Islamic Jihad, Al Nusra Front, the Muslim Brotherhood, ISIS, Abu Sayyaf, Jamaat Ansar al-Sunna, the Taliban, Ansar al-Sharia and the Iranian mullahs (among many other radical Islamist groups) have been telling us for years, they ALL support “martyrs” blowing up Jews on buses and they all believe in the most extreme view of Dar al-Islam and Dar al-harb (house of war), which includes the belief that any land that was at any point in time conquered and colonized since the 7th Century by Arab Muslim invaders can never revert back to the dominion of the people who were conquered and colonized. It is this belief, and the corresponding view that Jews can only (at best) be “Dhimmi” (second class citizens) in any land that was ever “Dar al-Islam;” and not any so-called “occupation” that has consistently – since before there was even a modern State of Israel, let alone an “occupation” – animated and caused Arab violence against Jews.

Of course, UN Secretary General Ban Ki-Moon would likely come up with a good excuse for this horrific video. After all, on January 26, 2016 Ban Ki-Moon gave a speech at the UN where he excused the recent wave of Palestinian stabbing attacks on the “occupation” and even went on to assert that a person running up to the first Jewish person he or she can find and then trying to stab them in the face is “human nature” and also the “natural result of occupation.” So for Ban Ki-Moon this video calling for more bus bombings, for Jewish body parts to go flying, for Jews to be “roasted” and for dead bodies to “fill the streets” must certainly seem perfectly “natural.”

What Ban Ki-Moon and the other Palestinian apologists for terror can’t explain is why other actually occupied people (many of whom, unlike the Palestinians, have never been offered a state of their own, let alone rejected such an offer at least 5 times since 1936) don’t resort – like the Palestinians (who also happen to have a state already in Jordan) – to bus bombings, stabbing attacks, car ramming attacks, suicide bombings at pizza parlors, schools, discos, bars, university cafeterias, etc. Despite Ban Ki-Moon’s claims about “human nature,” Tibetans, Baloch (occupied by both Iran and Pakistan), Kurds, Kabylians (occupied by Algeria), and Western Saharans (occupied by Morocco), are not “naturally reacting” to occupation by regularly engaging in heinous acts of terrorism or by producing music videos that glorify turning people into roasted body parts that fill the streets with blood.

The other thing that Ban Ki-Moon and his co-apologists and excuse-makers for radical Islamist driven Palestinian terrorism can’t explain is why Arab terror against Jews in the Holy Land, which plainly pre-dates the “occupation” by at least a half-century (just ask the families of the 47 Jews killed in 1921 by the stabbing attacks incited by Haj Amin al-Husseini and his radical Islamist rhetoric) is somehow an excusable “natural reaction,” while radical Islamist terrorism everywhere else in the world is just plain inexcusable.

When 86 people in a Dalori village on the outskirts of Maiduguri in Nigeria were recently burned alive and murdered by Boko Haram did Ban Ki-Moon find an excuse for the murderers? When more than 150 people, including 132 children, were murdered in 2014 during a Taliban attack on a school in Pakistan, did Ban Ki-Moon rationalize the Taliban’s terrorism? After all, the Taliban certainly consider “their land” to be occupied by the “infidels” and the “apostates.” And when Madrid, which is plainly considered by Al-Qaeda to be “occupied Muslim land,” was attacked in 2004 by 10 bombs that exploded on four trains and killed over 190 people, did Ban Ki-Moon or any of the other typical apologists for Palestinian terror in the UN try to claim that blowing up innocent Spaniards on a train is “natural”?

Arabs in the Middle East inciting, encouraging and reveling in the murder of “Dhimmi” Jews is nothing new. Just watch this chilling interview of a 92 year old woman who was interviewed by Hamas’s Al-Aqsa TV during a “right of return” rally in 2011.

While the reporter was trying to ask this woman leading questions about the Palestinians’ self-inflicted “Naqba” (catastrophe) of 1948, the 92 year old woman (who apparently didn’t get the post 1967 message on how to properly play the victimhood card) gleefully recounted to the reporter how the Arabs of Hebron had massacred the Jews in 1929, bragged that her dad participated in those massacres and how he “even brought home (meaning, stole) some stuff from the Jews” and she also repeatedly encouraged Palestinians to “massacre the Jews like we massacred them in Hebron.”

While certainly chilling and horrifying, the interview of this 92 year old woman and the al-Wa’ed music video should both serve as clear reminders to anyone that cares about Israel’s survival that we must never listen to the Ban Ki-Moon’s of the world or anyone else that would have us believe that Jews defending themselves or insisting on the right to live free in their indigenous homeland has anything to do with radical Islamist hate or the terrorism it inspires.  Israel giving up more land or make itself more vulnerable to attack will never make Israel safer or discourage violence against Jews. To the contrary; and the only thing that can stop the violence would be for the world to stop applying a double standard to Arab violence against Jews, and for the world, including the UN, EU and USA insisting that the Palestinians put an end to their incessant promotion of an ideology that believes that “story of the Intifada will only be told when the roof of a bus goes flying” and tranforms the act of killing Jews and turning them into “roasted body parts” for the “glory of Al-Aqsa” into a holy quest. After all, to borrow a phrase from the misguided (at best) Ban Ki-Moon, if you constantly teach people to want to hate and kill Jews, then killing Jews is “only natural.”