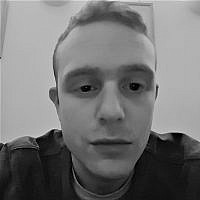 The Blogs
Dave Koehne
Apply for a Blog
Please note that the posts on The Blogs are contributed by third parties. The opinions, facts and any media content in them are presented solely by the authors, and neither The Times of Israel nor its partners assume any responsibility for them. Please contact us in case of abuse. In case of abuse,
Report this post.

In 1927, Judge Gellin, of the Breslau District Court in the state of Silesia, had become drunk at a popular Breslau wine bar. Free from his self-control, the judge proceeded to embark on an unremitting, inebriated tirade. Gellin began by accusing the popular newspaper Berliner Tagelblatt of being a “vulgar Jewish paper” and then directed his anger towards a member of parliament, Deputy Herrmann, who was present at the bar. Gellin labelled Herrmann a “dirty Jew” amongst other anti-Semitic insults. A policeman was called in, and Gellin was suspended from his judgeship after a disciplinary trial in January 1929. During the short trial, it was revealed that Deputy Herrmann was not Jewish at all. According to a report in the Jewish Telegraphic Agency, “The democratic press made merry over the fact when it came out in the course of the proceedings that the anti-Semite in the case was by birth a Jew, while the man whom he attacked as a Jew was a non-Jew.” Judge Gellin was, in fact, born to a Jewish family.

Five years later, on the 20th of May 1932, the Chairman of the Berlin District Court, Kurt Soelling, launched a libel action against the Jewish journalist Felix Hirsch, editor of the 8 Uhr Abendblatt — a Berlin evening newspaper. A year earlier, the judge had stopped attending meetings of the German Social Democrats, in favour of Nazi party gatherings. At the meetings, he was seen giving the Nazi salute.

The libel case revolved around an article in which Hirsch had revealed that Soelling was actually born Kurt Seligsohn; the son of active members of a Silesian Jewish community, like Gellin. Also like Gellin, in adulthood Soelling had decided to convert to Protestantism. The article went on to allege that the judge had rejected his community in order to further his career and that he was a “dishonest politician”.

A day later, Soelling won the case and Hirsch was ordered to pay damages of 500 Reichsmarks, a not insubstantial sum. That wasn’t before the defence had put forward an embarrassing procession of witnesses and picked apart Soelling’s career through the lens of his personal choices. Although he successfully managed to argue that he had been baptised out of religious conviction, it emerged that he had waited for a wealthy but pious uncle to pass away before his conversion. He also defended his attendance at the Nazi meetings, and participation in the Nazi salute, by claiming that it was his duty as an office holder to keep an eye on political developments, and that it was essential that he should blend into the crowd by raising his hand when necessary. Indeed, it probably was necessary for such investigations to take place, if Soelling’s account is to be believed.

Upon the Nazi accession to power in 1933, and owing to his prominence on the Berlin legal circuit, Soelling was one of the first judges to be ordered to hand in his resignation on the grounds of his racial identity. In 1938, he was marched out of his home at gunpoint, by local thugs in the Bavarian town of Marzoll, and subsequently fled to Canada with his wife. In 1944, his sister Hedwig was transported from Theresienstadt to Auschwitz, where she lost her life.

The point of outlining these somewhat obscure but shocking, uncomfortable and ultimately tragic cases is not to chastise a couple of men who are no longer around. However, it is clear that both men exemplify, to an exaggerated extent, the internal and external conflicts of being members of a persecuted and increasingly marginalised minority community. Even more, they exemplify the magnification of those pressures during a period of national identity crisis; a problem that plagued European nations after The Great War. Although both judges profoundly rejected their communities by birth, Soelling’s case, at least, demonstrates that identity is necessarily composed of both chosen and un-chosen elements; that are independent of individual expressions of politics or life decisions. It would be unthinkable for such situations to arise in or around the Jewish community today (although some would wrongly claim that they’re rather common), but these cases provide us with a stark and important example of the extremes that might emerge when one is presented with a conflict between multiple aspects of identity, in the midst of cultural uncertainty and upheaval.

About the Author
David is a writer, with a sideline interest in the way his community functions and is represented
Related Topics
Related Posts
Comments