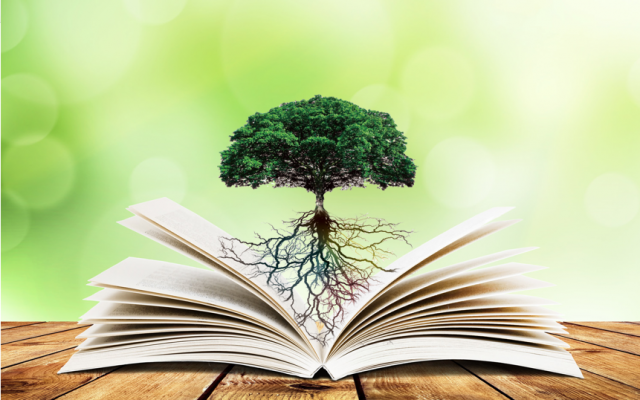 The setting: Jerusalem some twenty centuries ago. The occasion: bringing first fruits to the Temple. Here is the scene as the Mishnah describes it[1]:

Throughout Israel, villagers would gather in the nearest of 24 regional centres. There, overnight, they would sleep in the open air. The next morning, the leader would summon the people with words from the book of Jeremiah (31:5): “Arise and let us go up to Zion, to the House of the Lord our God.”

Those who lived near Jerusalem would bring fresh figs and grapes. Those who lived far away would bring dried figs and raisins. An ox would walk ahead of them, its horns plated with gold and its head decorated with an olive wreath. Someone would play a flute. When they came close to Jerusalem they would send a messenger ahead to announce their arrival and they would start to adorn their first-fruits. Governors and officials of the city would come out to greet them and the artisans would stop their work and call out, “Our brothers from such-and-such a place: come in peace!”

The flute would continue playing until the procession reached the Temple Mount. There, they would each place their basket of fruit on their shoulder – the Mishnah says that even King Agrippa would do so – and carry it to the Temple forecourt. There the Levites would sing (Psalm 30:2), “I will praise you, God, for you have raised me up and not let my enemies rejoice over me.”

The scene, as groups converged on the Temple from all parts of Israel, must have been vivid and unforgettable. However, the most important part of the ceremony lay in what happened next. With the baskets still on their shoulders the arrivals would say, “I declare today to the Lord your God that I have come to the land that the Lord swore to our ancestors to give us.” Each would then hold their basket by the rim, the Cohen would place his hand under it and ceremoniously wave it, and the bringer of the fruit would say the following passage, whose text is set out in our parsha:

My ancestor was a wandering Aramean. He went down into Egypt and lived there as a stranger, few in number, and there became a great nation, strong and numerous. The Egyptians mistreated us and made us suffer, subjecting us to harsh labour. We cried out to the Lord, God of our ancestors. The Lord heard our voice and saw our suffering, our toil and our oppression. The Lord brought us out of Egypt with a mighty hand and an outstretched arm, with terrifying power and signs and wonders. He brought us into this place and gave us this land, a land flowing with milk and honey. And now I am bringing the first fruit of the soil that you, O Lord, have given me.” (Deut. 26:5-10)

This passage is familiar to us because we expound part of it, the first four verses, in the Haggadah on Seder night. But this was no mere ritual. As Yosef Hayim Yerushalmi explained in his Zakhor: Jewish History and Memory, it constituted one of the most revolutionary of all Judaism’s contributions to world civilisation.[2]

What was original was not the celebration of first fruits. Many cultures have such ceremonies. What was unique about the ritual in our parsha, and the biblical world-view from which it derives, is that our ancestors saw God in history rather than nature. Normally what people would celebrate by bringing first-fruits would be nature itself: the seasons, the soil, the rain, the fertility of the ground and what Dylan Thomas called “the force that through the green fuse drives the flower.” The biblical first-fruits ceremony is quite different. It is not about nature but about the shape of history, the birth of Israel as a nation, and the redemptive power of God who liberated our ancestors from slavery.

This is what was new about this worldview:

[1] Jews were, as Yerushalmi points out, the first to see God in history.

[2] They were the first to see history itself as an extended narrative with an overarching theme. That vision was sustained for the whole of the biblical era, as the events of a thousand years were interpreted by the prophets and recorded by the biblical historians.

[3] The theme of biblical history is redemption. It begins with suffering, has an extended middle section about the interactive drama between God and the people, and ends with homecoming and blessing.

[4] The narrative is to be internalised: this is the transition from history to memory, and this is what the first-fruits declaration was about. Those who stood in the Temple saying those words were declaring: this is my story. In bringing these fruits from this land, I and my family are part of it.

[5] Most importantly: the story was the basis of identity. Indeed, that is the difference between history and memory. History is an answer to the question, “What happened?” Memory is an answer to the question, “Who am I?” In Alzheimer’s Disease, when you lose your memory, you lose your identity. The same is true of a nation as a whole.[3] When we tell the story of our people’s past, we renew our identity. We have a context in which we can understand who we are in the present and what we must do to hand on our identity to the future.

It is difficult to grasp how significant this was and is. Western modernity has been marked by two quite different attempts to escape from identity. The first, in the eighteenth century, was the European Enlightenment. This focused on two universalisms: science and philosophy. Science aims at discovering laws that are universally true. Philosophy aims at disclosing universal structures of thought.

Identity is about groups, about Us and Them. But groups conflict. Therefore the Enlightenment sought a world without identities, in which we are all just human beings. But people can’t live without identities, and identity is never universal. It is always and essentially particular. What makes us the unique person we are is what makes us different from people in general. Therefore, no intellectual discipline that aims at universality will ever fully grasp the meaning and significance of identity.

This was the Enlightenment’s blind spot. Identity came roaring back in the nineteenth century, based on one of three factors: nation, race or class. In the twentieth century, nationalism led to two World Wars. Racism led to the Holocaust. Marxist class warfare led eventually to Stalin, the Gulag and the KGB.

Since the 1960s, the West has been embarked on a second attempt to escape from identity, in favour not of the universal but the individual, in the belief that identity is something each of us freely creates for him- or herself. But identity is never created this way. It is always about membership in a group. Identity, like language, is essentially social.[4]

Just as happened after the Enlightenment, identity has come roaring back to the West, this time in the form of identity politics (based on gender, ethnicity or sexual orientation). This will, if allowed to flourish, lead to yet more historical disasters. It is a major threat to the future of liberal democracy.

What was happening in Jerusalem when people brought their first-fruits was of immense consequence. It meant that that they regularly told the story of who they were and why. No nation has ever given greater significance to retelling its collective story than Judaism, which is why Jewish identity is the strongest the world has ever known, the only one to have survived for twenty centuries with none of the normal bases of identity: political power, shared territory or a shared language of everyday speech.

Clearly, not all identities are the same. Characteristic of Jewish identities and others inspired by the Hebrew Bible are what Dan McAdams calls “the redemptive self.”[5] People with this kind of identity, he says, “shape their lives into a narrative about how a gifted hero encounters the suffering of others as a child, develops strong moral convictions as an adolescent, and moves steadily upward and onward in the adult years, confident that negative experiences will ultimately be redeemed.” More than other kinds of life story, the redemptive self embodies the “belief that bad things can be overcome and affirms the narrator’s commitment to building a better world.”

What made the biblical story unique was its focus on redemption. In partnership with God, we can change the world. This story is our heritage as Jews and our contribution to the moral horizons of humankind. Hence the life-changing idea: Our lives are shaped by the story we tell about ourselves, so make sure the story you tell is one that speaks to your highest aspirations, and tell it regularly.

[3] The historian David Andress has just published a book, Cultural Dementia, subtitled How the West Has Lost its History and Risks Losing Everything Else (London, Head of Zeus, 2018), applying a similar insight to the contemporary West.

Make sure the story you tell is one that speaks to your highest aspirations, and tell it regularly.

ABOUT THE AUTHOR
Rabbi Lord Jonathan Sacks is a global religious leader, philosopher, the author of more than 25 books, and moral voice for our time. Until 1st September 2013 he served as Chief Rabbi of the United Hebrew Congregations of the Commonwealth, having held the position for 22 years.