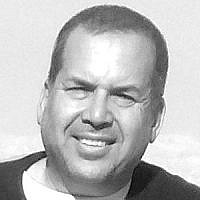 The Blogs
Larry Weinman
Apply for a Blog
Advertisement
Please note that the posts on The Blogs are contributed by third parties. The opinions, facts and any media content in them are presented solely by the authors, and neither The Times of Israel nor its partners assume any responsibility for them. Please contact us in case of abuse. In case of abuse,
Report this post.

It has been impossible of late not to be heartbroken by the pictures of the refugees flooding into Europe, most of them from Syria. This refugee problem is not new;it has just now reached Europe in massive and apparently the consciousness of most of the West world. Millions of refugees have been displaced by the Syrian civil war from their homes for years most up until now either within Syria or to Jordan, other bordering countries and within Syria…apparently now the situation is so bleak there they have now risked their lives to cross the ocean into Europe. Even before this crisis the UN estimated 7 million children at risk because of the Syrian civil war, the UN gave up trying to count the fatalities 2 or more years ago.

The one man most responsible for this human tragedy is Bashir Assad. In 2011, President Obama stated “For the sake of the Syrian people the time has come for President Assad to step aside”. I wont enter into a critique or analysis of US policy since them…with one exception…policies associated with the Iran deal”. The number one supporter of Assad , butcher of Damascus is Iran. And the “Iran deal” gives them billions of dollars more for that support.

Taking away all the debate about what will happen over the next ten years with regards to Iranian nuclear weapons development the essence of the “Iran deal is quite really simple. Iran gets immediate relief from its economic sanctions. The US and its allies get a commitment from Iran that it will curb its nuclear weapons program over the next 10 years and abide by all the safeguards in the agreement.

It is clear the money has started to flow to Iran and certainly from the European side there is no going back on sanctions. Whether or not some of the money released will go to improving the lives of ordinary Iranians is yet to be seen. But one thing is certain: Iranian support for Assad will intensify and there is growing cooperation with Assad’s other patron: Russia. With Assad’s forces on the defensive and more and more sophisticated weapons flowing to him one can only shudder to think what the humanitarian crisis from the next phase of Assad’s military action will be.

And of course he is correct to be celebrating the lifting of sanctions. Since the agreement the Iranian support has entered a new phase: close Russia/Iranian cooperation to massively arm Assad. In June, “Haaretz” reported: The two countries operated separately in the past but recently, since the signing in Vienna of the nuclear accord between Iran and the six powers in early July, there are signs of new coordination between Moscow and Tehran.

There is no way around the fact that there is a straight line the survival of the Assad the butcher of Damascus, more deaths in Syria, more refugees and the Iran “deal. There can be no “carving out” of the nuclear issue from other things related to Iranian behavior. If the “deal’ was aimed at freeing up Iranian economic resources so they could be used for the benefit of Iran and the deal was supposed to bring back to the community of nations then it has already failed. The money is going to keep Assad in power and the part of the “community of nations” Iran has chosen to align with is the community of Assad and Putin.

After Obama’s “success” in Congress related to the deal many opponents have voiced their intention to bring up legislation to condition relief from the sanctions to Iranian behavior outside the nuclear arena. Predictably these have been portrayed as “obstructionist” and “partisan”. With President Obama’s stated policy is that Assad must go and the Iranian/Russian policy is “Assad must say”it is hard to see such an approach as “partisan”.

Support for making lifting of economic sanctions on Iran contingent on their behavior in Syria is not an issue of Republican or Democrat, pro or anti Obama, good for the Jews or bad for the Jews, supporting Bibi or not supporting Bibi or “dual loyalty”. It is about what is good for humanity and loyalty to fighting a human tragedy. If there were ever a case for tikkun olam” and unity among American Jewry it is to work to blocking the money pipeline from Teheran to Damascus.

About the Author
Larry Weinman is an investment advisor and recent oleh.He is active in organizations and study with groups involved in "hitchadshoot hayahadut" study and activity between dati and lo dati Israelis and in organizing activities by these groups in the United States. He is also active with other political/social change groups. His writings have been published in the Los Angeles Jewish Journal and Washington Jewish Week.
Comments