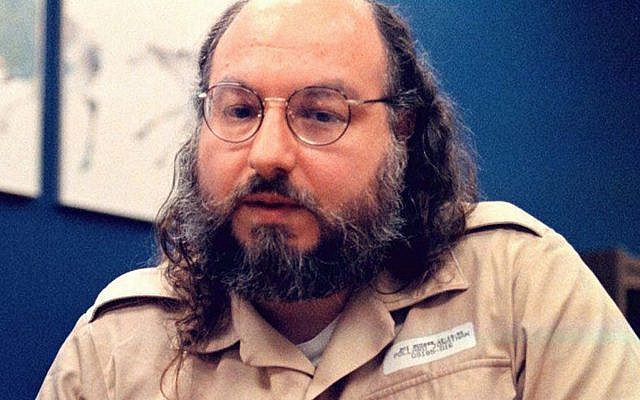 There has probably never been a greater period of silence in over 30 years concerning Jonathan Pollard than during this past month, after he was finally freed from all parole restrictions and is, in effect, able to do what he wants with the remainder of his life, including coming to live in Israel.

No pictures, no interviews – not with him or his legal representatives. Total silence.

We are aware that his wife Esther is undergoing treatment for some serious health issues and as any husband would be expected, Jonathan Pollard is now able to assist and help her in whatever way possible, without any restrictions on his movement or night curfews as had been the case for the past five years. 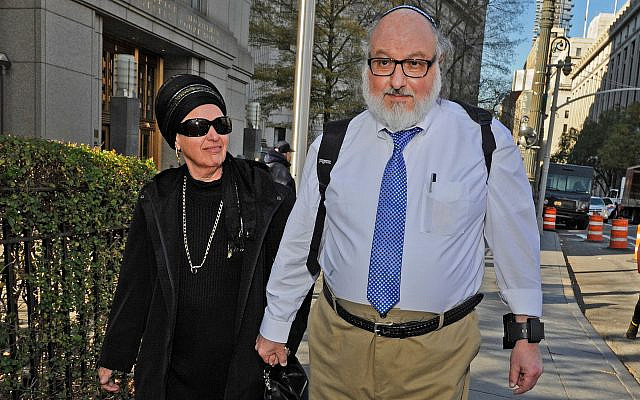 Jonathan Pollard walking in the streets of New York with his wife Esther, following his release from prison. Wikipedia Commons

But this silence is strange all the same.

One can perhaps understand that he is saving his big interview and disclosures, some of which are likely to open a can of worms concerning the extent to which he was used, some would say manipulated, albeit quite willingly,  by the Israeli government of the time – especially by Defence Minister Shimon Peres and Mossad agent Rafi Eitan. He also  probably has more than a few accounts to settle with some other public Israeli figures, not least former Prime Minister Ehud Olmert, who did not, to use a British understatement, go out of their way to assist him during his long, unprecedented, period of incarceration and solitary isolation.

I have always found it difficult to come to a clear conclusion about what he did. He clearly operated on behalf, and with the knowledge of, the Israeli government, from whom he received large payments. He clearly had a sense of self importance that what he was doing was of existential value to the survival of the Jewish State. He clearly spied on a friendly State, the one State without which Israel would find it far more difficult to survive in this complex world – the single most important strategic ally that Israel possesses, even when the two governments disagree with each other about specific aspects of policy relating to the West Bank and the future of the Palestinians.

And it is equally obvious that friendly States do spy on each other, if and when they consider their strategic interests to be threatened. The Americans and the British probably lead the way in this form of under the table statecraft.

At the same time, Pollard was clearly betrayed by the very people who managed his activities on behalf of Israel and who absolved themselves of all responsibility when he was found out and sought refuge in the Israel Embassy, only to be turned away.  The Israeli military ethos  of never leaving a wounded soldier behind in the field, or intervening on behalf of captured or injured Jewish prisoners anywhere on the face of the globe, obviously did not apply to an American citizen, Jewish or otherwise, whatever the nature of the information he passed on.

It is more than likely that many of these people had no interest in a free Jonathan Pollard coming to live in Israel and revealing – in his own narrative – what happened, while they were still alive. The fact that most, albeit by no means all, of the people involved at the time are no longer alive, makes it that bit easier, but there appears to be a lot of information still too spill which is going to catch the headlines for a long period of time, when it is, as it no doubt will be, revealed.

And the leaders of the powerful American Jewish community, who were rightly embarrassed by Pollard’s activities, were also not, and have never been, prepared to make an issue of Pollard, if only because  of the continuos fear of being charged with dual loyalties which, in turn, would give rise to even greater anti Semitism. Whether there was collusion between them and the Israeli government of the time, remains to be seen in what is yet to emerge after Pollard eventually arrives in Israel, and spills the beans.

By any comparison he received a punishment far beyond any other equivalent act of treason (assuming that the death penalty was not on the table). And despite my own lack of sympathy with what he did, the idea that was rolled out time after time, even 30 plus years after his imprisonment, that he still constituted a major security threat to the United States of America, seems far fetched and imbued with other sentiments, of which anti-semitism is clearly one of them.

When he does finally arrive in Israel, there is little doubt that he will be the subject of huge interest by the media, the  publishing houses – I am assuming that a major publisher and a major Israeli newspaper already have  multi million dollar contracts with him and perhaps he is spending the time right now putting the finishing touches on a book which is likely to hit the book stores (and digital outlets) fairly soon – like the day after he arrives in Israel. 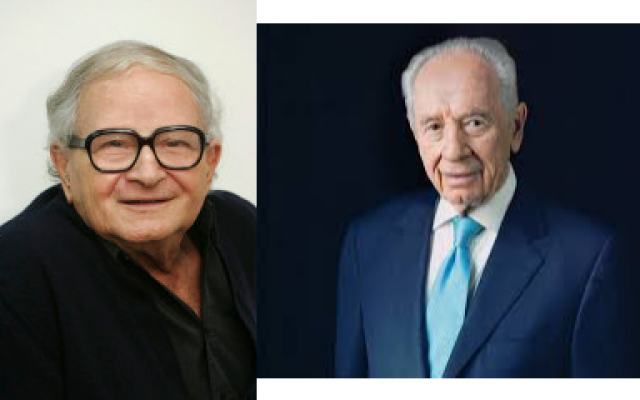 Rafi Eitan and Shimon Peres – about which a Pollard book will have much to say. (Wikipedia Commons)

There can only be one logical reason in my mind why everything has gone so silent. And that is that beleaguered Prime Minister Benjamin Netanyahu, one of those who befriended Pollard and did promote his case with the USA Administration, has asked him to just hang on a little bit more. Netanyahu is obviously conscious of the fact that when Pollard does land in Israel, he is going to be feted by tens of thousands of people who supported him, taken to the Kotel, subject to big celebrations in the religious Zionist yeshivot, who always supported him and took up his cause. Such celebrations will not go down well in the USA, and it is likely that Netanyahu feels that he owes it to his best friend Donald Trump, not to be embarrassed by the situation – it can all wait for the next administration.

Netanyahu will want to get the fullest possible credit for his role amongst his supporters here in Israel, while doing the utmost to limit the damage which will appear in most of the USA media outlets following large scale celebrations. It is a tight rope to walk but if anyone is able to undertake damage limitation, it will be Netanyahu.

I would be prepared to guess a sudden arrival of Pollard and his wife, to be announced only 24 hours (perhaps even less) prior to the event, could take place the same week as the Presidential inauguration in the USA. It would enable Pollard to arrive in Israel just before a new President was pressured into changing the amnesty – if indeed he has the legal right to do so. It would also enable  Donald Trump to retreat gracefully (which he has not done as yet) from the White House to a period of seclusion which most Presidents do, even the more flamboyant ones such as Trump himself. He would be absolved from having to answer many of his allies on the right why he allowed Pollard, a spy, to be released only to be greeted with huge celebrations and welcome by someone he sees as one of his closest allies.

I recall how the world was taken up by the Entebbe rescue (ironically a situation which also had strong connections with both Shimon Peres, then defense minister, and Benjamin Netanyahu, the brother of Yoni Netanyahu who was killed in the rescue operation) on the day that all the headlines were meant to be focused on the USA’s bicentenary celebrations on 4th July 1976.  Obviously the two situations are not comparable, a rescue operation which had to be  planned quickly and in secret, but one which completely changed the world media headlines for that day.

And it won’t do Netanyahu any harm either in his ongoing attempt to divert headlines away from his court case, and in his ongoing struggle to remain in the office of Prime Minister for as long as possible. He is doing a pretty good job with that at the moment with the list of Middle Eastern countries who are establishing relations with Israel and creating a New Middle East – a term originally coined by former Prime Minister and President Shimon Peres back at the time of the Oslo Accords in the early 1990’s. Read this blog and you can well understand that Shimon Peres was Israel’s own Forrest Gump, present at almost every major event which took place in Israel throughout most of its history. But unlike Forrest Gump, he didn’t have to invent or photoshop it.

Love the man or hate him, Netanyahu has succeeded in changing the regional geopolitics in a way that would have been thought impossible just a  year ago – and all of it without any progress  on the Palestinian front. Morocco and Bhutan are the latest and we are left wondering which other countries are on the way to sign up in the coming weeks and months ahead.

So why not wait for the appropriate time for Pollard’s arrival. Arrive he will, there can be little doubt about that. The State will take care of his and Esther’s  immediate housing and health needs and there will be no shortage of people and groups who will be prepared to assist him and his wife in their Aliyah process. Indeed, they will be welcomed warmly by those many groups who actively supported and promoted his cause during the past three decades and more.

In the meantime, I will  assume that the book and the first press interviews are all under preparation. The date may already have been decided but it is being kept under wraps and will probably only be released at the last moment to give it the strongest possible impact. There will be a short period of a Pollard Festival here in Israel, accompanied by no little embarrassment with respect to the United States. But that too will eventually pass. And   Prime Minister Netanyahu will be expected to take full advantage of the situation in his own fight for power and popularity here in Israel.

Best to get it over and done with rather than to continue with the current silence and suspense.