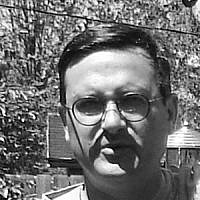 The Blogs
Jerome Freedman
Apply for a Blog
Advertisement
Please note that the posts on The Blogs are contributed by third parties. The opinions, facts and any media content in them are presented solely by the authors, and neither The Times of Israel nor its partners assume any responsibility for them. Please contact us in case of abuse. In case of abuse,
Report this post.

My late great-uncle Dr. Ben Freedman of New Orleans, a renowned public health humanitarian, was widely respected for his near-encyclopedic knowledge of medicine, social ills, and world history. For my family, he was the closest thing we had to a patriarch. The son of Jewish immigrants from the Russian Empire, he knew of pogroms and he experienced the wrath of anti-Semitic bullies in his formative years. Once, at a family gathering, he took me aside to expound on the topic of strong Jews. He opined that the world was perpetually gripped in mortal terror at the thought of Jewry organized, purposeful, and with girded loins. Only when perceived as weak defenseless pawns were we acceptable, though mostly as a highly suspect community on society’s margins. Jews were to be controlled, never in control. As a result he, as well as many of our fellow Jews, knew that we had to be responsible for our collective well-being because history taught that we could not trust in kings, prime ministers, presidents, or the town police to protect us when times were bad. Dr. Ben wanted me to know our history, and his talk that day made an indelible impression on my young mind.

Operation Protective Edge is an appropriate response to terrorist rocket attacks. It is well documented by objective journalism that the Israel Defense Forces take great pains to refrain from attacking civilians as it “mows the grass” in Gaza. It is therefore with a huge sense of dismay that I read of the UN head, Ban-Ki Moon, calling Israel’s actions “atrocious”. It is with a huge sense of frustration that I read Secretary of State John Kerry calling for millions of American taxpayer dollars to be given to the United Nations Relief and Works Agency for Palestine Refugees in the Near East (UNRWA), the same UN offshoot who returned terrorist missiles found in a UN school in Gaza to “the local authorities”.

While Operation Protective Edge is ongoing, the Islamic State in Iraq and the Levant (ISIL) has torched an 1,800 year old church in Mosul, Iraq, and subsequently robbed the local Christian population as it expelled them from the city. Syria has disintegrated and the body counts are astounding. Turkish Prime Minister Erdogan thinks Israel is behaving like Nazis. European cities are exploding in anti-Israel riots and arson. Tibet is occupied by the Chinese. North Koreans are expected to behave as automatons, rejoicing in the Great Leader’s infallible virtues while they starve for the greater good.

Where is the world focused? Israel. Let us not forget why this current battle is occurring: Hamas firing rockets into Israel. Yet, as the operation continues, the world calls for Israel to exercise restraint. Should the U.S. exercise restraint if, let’s say, Tijuana launched missiles for weeks on end at San Diego?

The double standard which the world applies to Israel and the Jews is simply in the same old anti-Semitism. If Jewish people are to be scorned, then we remind the world that Jews have been awarded 193 Nobel Prizes. If Israel is to be treated as a pariah nation, then let it be the only one in the column headed “Hugely Successful, Ethical, World- Class Excellence”.

My great uncle knew his stuff. To the anti-Semites of this world, I say that we will never relinquish our place in the sun. We are the strong Jews, and we shall prevail. No gas, no ovens. Never again.

About the Author
Louisiana native.
Comments