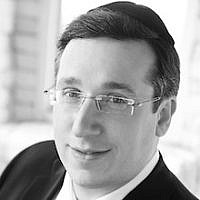 I’ve often wondered why it was part of Hashem’s master plan to situate me for the last 25 years in Manhattan, specifically on the Upper East Side. There are so many Jewish communities around the world—why did I end up in New York City?

Many people live their entire life without ever truly discovering what their purpose and calling is; or why they ended up on the path that they have chosen. For me, I can honestly say that I am blessed, in as much that there is little doubt in my mind that at least one of the primary reasons I am living in Manhattan—neighboring two of the most prominent and well-known hospitals in the world—is to contribute in a small way to a very unique and sacred Mitzvah.

My home is less than one block away from Sloan Kettering hospital and just three blocks shy of Weil Cornell Medical Center. Over the last decade, it has been my privilege and life honor to visit the sick and try in some small measure to inspire those who are bedridden and hospitalized. Being a patient in the hospital is never simple; even for those who are admitted for short stays, it is often a cold and unwelcoming environment, wherein rules (particularly regarding visitors) are strictly enforced.

And if this is true on any day of the week, the feeling is magnified on Shabbos. My heart goes out to the people who simply don’t have visitors on these days—those lying in bed in a strange and often daunting environment, just yearning to see a familiar face.

Over the past 13 years, I have made it my mission to visit these hospitals on almost every Shabbos. Usually, I make the short trek to both hospitals after leading the Davening as the Cantor at Park East Synagogue. Sometimes, I visit people I know (members of the Shul and the extended community)—but most often, I visit those with whom I’ve never previously interacted. But the smile and positive responses I get from those I visit simply cannot be adequately expressed in words.

Perhaps one of the cruelest measures of the COVID-19 pandemic was the edict that immediate family members would not be permitted to visit patients in hospitals. This was, in my opinion, one of the most catastrophic errors in judgment that city and hospital officials made. I witnessed firsthand so many patients spend their last moments on earth alone without friends, family members, or the ability to share their last hopes and wishes with someone they loved and cared about.

Through Hashem’s good grace and some key contacts at both hospitals, I was privileged to visit many of these patients. Very often, few words were exchanged as they struggled to breathe through the ventilators—but I would sing Jewish melodies from our age-old tradition, including Shabbos melodies, Yontif nigunim, and excerpts of Rosh Hashanah and Yom Kippur Davenings.

I recall vividly, during the height of COVID, visiting a particular patient at Cornell who was literally gasping for what would be his last breath—it was clear to me that he was about to pass from this world. The patient asked if he could hold my hand, and contrary to the strict hospital protocol, I could not refuse his request. There I sat with this gentleman, a US army veteran who had liberated the Buchenwald Concentration Camp— who had grown up in a Frum religious home but had not been in a Synagogue for upwards of 50 years.

I sang to him the words of Shalom Aleichem, welcoming the angels on Shabbos. I sang it once, and then a second time—and each time I stopped, he motioned for me to continue again. I must have sung it a dozen times, slowly feeling his grasp get lighter and lighter. Soon, I heard the dreaded sound of the flatlined machine as his holy Neshama departed this world.

Incredible moments such as this will be imbued within me forever. They are part of my identity and have taught me humbling life-altering lessons about the fragility of life and the value of music and Tfila in people’s lives, especially in their final moments.

This past Rosh Hashanah was no different. I had a list of patients who were in the hospital, and I visited them as soon as we were done with the Davening at Park East Synagogue. I began at Sloan, where for some patients, I blew Shofar. For others, I sang the well-known Avinu Malkeinu; for others yet, I only hummed as they lay there listening to the melodies, often with tears streaming down their face.

I then made my way over to Cornell Hospital, where I planned to visit a patient on the 14th floor in the Greenberg Pavilion. I don’t usually take the Shabbos elevator, not out of overly stringent adherence to Halacha, but rather as part of my never-ending attempt to lose weight and engage in a more healthy lifestyle. Walking up fourteen flights of stairs will truly jumpstart this process. But arriving at the hospital on the first day of Rosh Hashanah, I was physically tired, and the daunting thought of climbing up those fourteen steep flights prompted me to take the Shabbos elevator. I got in, and as the doors were about to close a young nurse entered the elevator; the doors closed, and our journey to the 14th floor began.

Those who have experienced the excruciatingly long stops made on every floor by the Shabbos elevator know that it is inevitable that small talk will ensue amongst those riding it. The nurse inquired about what I had in my hand—the Shofar—and said she had seen many patients ask for it to be blown. After explaining what I was doing, she asked, “Would you mind blowing the Shofar for me?”

Initially, I thought it somewhat odd, was the best time and place to be blowing Shofar? I feared that the alarm might be triggered by the sound of the Shofar and the hospital administration would think there was an emergency. Nonetheless, I took the Shofar to my lips; I blew 30 sounds for the nurse, who was mesmerized and deeply moved. I wanted to ask her where she was from and what her background was, but something told me not to inquire and just let the sounds of the Shofar fill the elevator space.

In a few moments, we reached the 10th floor, where the nurse was about to depart. As she stepped off the elevator and was walking away, she turned around, thanked me, and said, “The last time I was in Synagogue was when I celebrated my Bat Mitzvah. Can you tell me where I can go for services on Yom Kippur?” I was elated by her question, and I promised to follow up and send the information to the nurse’s station after Rosh Hashanah.

I don’t know whether she will end up joining us for Yom Kippur or if this was just a momentary feeling of spiritual yearning. What I do know for certain, however, is that those 30 sounds of the Shofar may well have been the most beautiful and powerful Shofar sounds in Manhattan this Rosh Hashanah.

We often seek to do good for others and aspire to impact the world with acts of kindness and inspiration. So often, however, it’s just one tiny act of kindness for a “simple Jew” yearning for a connection with their Father in Heaven that can make all the difference. May we all be blessed with a year filled with Brocha and Sholom, and may we be privileged to inspire and elevate one Jew at a time.

About the Author
Cantor Benny Rogosnitzky is a world-renowned Cantor, lecturer, teacher, mentor, and event producer. Affectionately known as “Cantor Benny,” he serves as Cantor at the historic Park East Synagogue, located on Manhattan’s Upper East Side. Born in Liverpool, England, he earned a bachelor’s degree in Talmudic Studies in Manchester Yeshiva and an advanced degree in Music. He has performed for audiences of thousands at some of the world’s most prestigious venues, including the White House and the United Nations. As a lecturer of music and its application to prayer, Cantor Rogosnitzky routinely studies and practices both traditional and modern liturgy and music. In 2012, he worked with Sony Music on the production and marketing of the historic album and concert series, “Eternal Echoes: Songs and Dances for the Soul,” a collaboration between world-famous violinist Itzhak Perlman and Cantor Yitzchak Meir Helfgot. At Park East Synagogue, where he has served as Cantor since 2009, Cantor Rogosnitzky also leads marketing and community engagement efforts for both the Synagogue and Rabbi Arthur Schneier Park East Day School, where he serves as Director. He serves on the board of several charitable organizations and is the co-founder of Cantors World and the founder of Frum Divorce. Cantor Rogosnitzky is married with four children and resides in New York. Follow Cantor Benny: http://www.cantorbenny.com/ https://www.facebook.com/CantorBennyRogosnitzky/ https://www.youtube.com/c/CantorBennyRogosnitzky https://twitter.com/CantorBenny https://www.linkedin.com/in/benny-rogosnitzky-06494110/ https://www.instagram.com/cantorbennyrogosnitzky/ http://cantorbennyblogs.com/
Related Topics
Related Posts