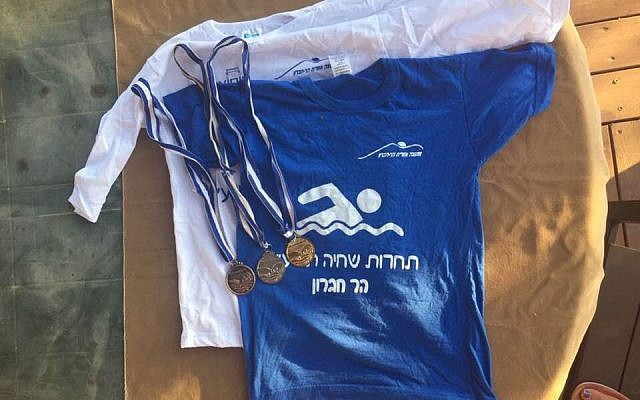 There are complainers in the world and there are doers. Natalie Sopinsky is one of the doers. When she first moved ten years ago to Sussya, a beautiful yishuv in the South Hebron Hills, she enjoyed going to the pool with her children. She quickly realized that the lifeguards were busy reading books and the kids were wrestling in and out of the pool and swimming in their underwear. This was certainly not the atmosphere she was used to growing up in Delaware, and she wanted to change the way the kids were acting. Approaching the Field School, which managed the pool, she asked if something could be done to create more order and safety in the pool area. She wanted to create great summer memories for her kids, but felt that it wasn’t possible with the chaos she was seeing. “Maybe you could create races?” she asked.

They responded, “If you become a lifeguard, you can do what you want.”

And so she did.

With her background from the States as a lifeguard, a triathlete and a Zumba instructor, Natalie was not daunted by this challenge. At the age of 41, she took the Israeli lifeguarding course and became the lifeguard at the Sussya pool for the girls, while her husband became the lifeguard for the boys. She started weekly races and had the kids time each other. Then, she published the results of those races in the weekly newsletter. Like kids everywhere, they loved seeing their names in print. The kids would practice all week for the races, improving their strokes, working to get their times down, practicing diving and working on their flipturns. 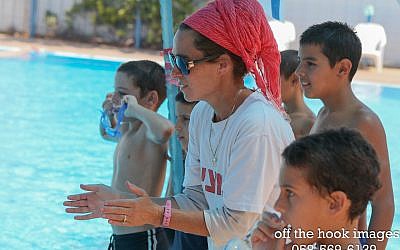 Natalie and participants cheer on the kids in 2017. Picture by Jordan Sopinsky.

And as they say, the rest is history.

From this gut reaction to the way the pool was run and the desire to create healthy, fun memories, Natalie decided to take action. At this time, she and her husband, Jordan, had only been in Sussya for a few years. They came to Israel in 2005, first settling on a Kibbutz in the North for a year before needing to find a new home when Jordan got work in the Arava. They settled in Sussya and started to put down roots.

As the enthusiasm for the training program grew, Natalie decided that she wanted a summer grand finale. She went to the Regional Council and got them to kick in some money and the grand finale is now in its 7th year. While the Big Sussya Swim Meet is usually held at the end of August, this year the big race will be tomorrow (Tuesday, July 24th) and will include t-shirts, medals, music, food kiosks, magnets and a professional photographer. Participants range in age from 6-40 and families come to watch and cheer on their swimmers. After the race, there is a money hunt and a small ceremony for the kids to get their medals and their pictures taken. While most people have only heard about Sussya because of Ancient Sussya, Natalie is proud to have them on the map for the fun, warm and lively activities they offer as a modern community. 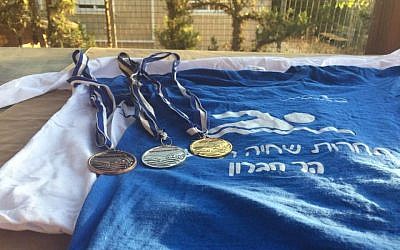 You’ll find this Anglo mom who arrived in Israel 13 years ago with passable Hebrew and a desire to make a difference officiating at the event. When asked what has motivated her to move around the world to a small town in the South Hebron Hills and to become so involved in the lives of the kids there, she has many answers. “I am the only one of my siblings who married Jewish and who leads a Jewish life. I am no longer the quiet Jew I was in America. And my children…have this no-nonsense way about them. They don’t have to hide their Jewish identity. They are proud to be Jews and to be Israeli. And I’m proud that I’ve helped them to find a safe, fun and productive outlet at the pool in Sussya.”

If you find yourself in the area, come and join the fun. You’ll love seeing the rolling hills of Sussya, the thriving community and the enthusiasm they display. You won’t regret it and neither will your kids!