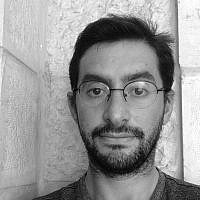 The Blogs
Micha Danziger
Apply for a Blog
Please note that the posts on The Blogs are contributed by third parties. The opinions, facts and any media content in them are presented solely by the authors, and neither The Times of Israel nor its partners assume any responsibility for them. Please contact us in case of abuse. In case of abuse,
Report this post. 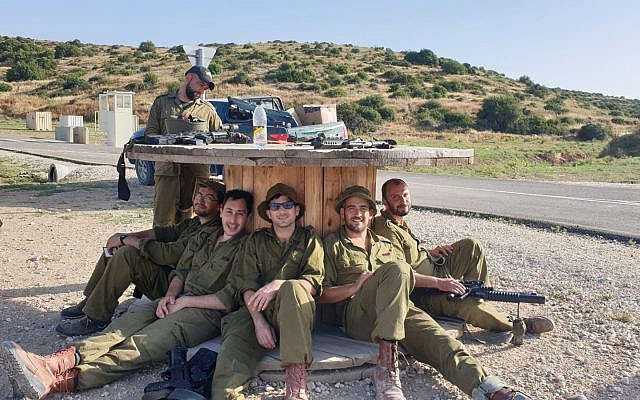 Author with his Platoon

The number of active reservists in Israel has over the years lessened substantially, partly due to population growth, but mainly part of an intentional policy by the IDF in recent years to reduce the amount of reservists and their annual service days. The purpose of this reduction is to cut costs, redirect the funding towards several highly trained reserve brigade units and to enlarge the regular army. Recently, General Staff Commander, Aviv Kochavi commented in an “Ynet” article (10/04/21 https://m.ynet.co.il/Articles/59118060) that he aspires to create even smaller reserve units, and for the reservist to be discharged at age 30, instead of the current age of 40.

Whether it is the bittersweet feeling of husbands leaving their family for a “vacation” with army pals, or the disheveled potbelly soldier pulling guard duty, in the near future, perhaps one of the most iconic characteristics of Israeli society, may become another part of Israel’s nostalgic past. All the same, I would like to reflect on some aspects of this Israeli experience for both those familiar and unfamiliar.

Unique to army reserve duty is that the reservist is ousted from their regular lives, and immediately immersed into a drastically different reality. The expectation and praxis of this sudden change is referred to as making the “switch”; yesterday you were in a philosophy class in university, or that morning you dropped off your children in kindergarten, and five hours later, you find yourself navigating an armored personnel carrier in the middle of the desert. Your whole orientation changes within moments and your whole existence changes to that of a soldier. In contrast to mandatory service soldiers, your former self-identity is shaken but remains intact. The reservist personality escapes through the uniform, be it the long unkempt hair of younger reservist, or balding and gray hair of the older. Moreover, a reservist has a sobriety of age, that a 20 year old soldier is lacking. Despite these obvious distinctions between a reservist and an ordinary soldier, one is compelled to make that sharp switch to army mentality and recall your former soldiering identity.

The army switch is comparable to that of Jean-Paul Sartre’s concept of “situation”. Sartre fully developed this concept of “situation” after WWII, specifically discussing the intellectual or writer, who must engage politically with their surroundings. He argued, that even though we are placed into situations that are out of our control, which try forcefully to define us, these forced situations are an opportunity to resist. In the case of a soldier, those forced labels are an inherent part of the system. The uniform, the discipline, the chain of command are all in part to conform you to the army’s strict situation. This is part of the reason that army pins and badges are so important to soldiers as they are one of the only permitted expressions which separates one group of soldiers from the rest of the larger army. It is in these necessary situations that we are thrown into, that we must assert other parts of ourselves back into the situation.

For many reservists, paradoxically, the conformity nature of the army is a kind of opportunity which allows reservists to express a certain truer version of themselves. Whereas, for others the situation of the army swallows them whole, and you have responsible adults that regress to childish behavior and people with calm dispositions become extremely irritable. There are also those to whom the reservist experience completely estranges them to the army because their identity is too rigid for this upheaval, and many times they clash with the army system. For Sartre, however, these situations are an opportunity where people can affirm their freedom, by using the forced surroundings to confront and recognize themselves. Reserve duty at times is a challenge to emerge with a deeper identity. There is always a reaction to these situations, as Sartre writes: “one cannot remove one’s stakes from the board. Even if we were as deaf and dumb as pebbles, our very passivity would be an action.” (Introducing Les Temps modern, 1945)

Lest we forget, after the training or combat activity, you are discharged. Hopefully, other than exhaustion and some minor scratches, the high tension quickly dissipates and life tasks resume. Within days you are back in your office reminding you that reserve duty is the abnormal and the temporary, notwithstanding that during that intense interlude it is difficult to remember being a civilian.

There are several important aspects to reserve duty that I didn’t mention, such as the dynamics between age groups, reoccurring conversation themes or the laid back but stern approach to warfare. Currently. an Israeli combat reservist could do between 7 to 25 days of service a year, each stint approximately a week. Every reserve duty is an absorbing experience. For some. it is addictive and they continue to volunteer for years, whereas for others it is a burden and they would jump at the chance to never wear the uniform again. Either way, those who have served and are serving in this current conflict or the next, engage in a duty that is comparable to nothing else other than an existential crisis.

About the Author
Micha resides in Jerusalem, is a P.h.d. student in philosophy and history at the Hebrew University in Jerusalem. He teaches philosophy in the pre-army academic program "Ruach Hasadeh" and is an educational guide in Yad Vashem.
Related Topics
Related Posts
Comments