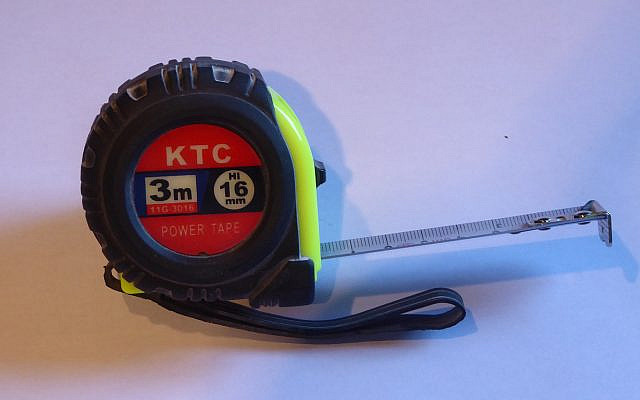 I am a rich man. This has not always been the case. I did not inherit family money. I did not win the lotto. I didn’t rob a bank. No, I am a self-made millionaire. I have made a discovery; I spotted an opportunity before anyone else. Yes, I have invested all my money in – tape measures.

Just a short while ago, a tape measure was just one of the many tools that a carpenter or a carpet salesman might carry but now …

The UK’s Telegraph, always a source of inspiration for my Blogs, tells us that hundreds of girls, aged between 11 and 18, were sent home because their skirts were ‘too short’. Teachers at Ryde Academy on the Isle of Wight told the girls that they must learn to prepare themselves for the ‘world of work’. Perhaps the teachers did not know what a ‘working girl’ means to most of us. But, to get their skirts just the right length for school or a street corner, a tape measure would certainly come in handy.

Going to the supermarket is no longer a simple activity. We are greeted with large signs exhorting us to keep an antisocial distance one from another. The current recommendation seems to be two meters, but this keeps changing. Obviously, we must all carry tape measures while strolling around the isles. A piece of chalk would be useful to mark out our territory if we need to spend some time deciding which cheese to put in our trolley.

And in the modern world, where the English system of measurement has long been left behind, we can now use a metric tape measure instead of an inch worm to measure our prize-winning marigolds. I’m sure Hans Christian Andersen and Danny Kaye would have approved.

Tape measures, as we know them, have been around for more than 150 years. The Romans used marked strips of leather, and it is possible that William Shakespeare was thinking of a future tape measure when he wrote Measure for Measure back in 1604. But it was on December 6, 1864 that William H. Bangs of West Meriden, Connecticut was awarded a patent for a spring return pocket tape measure.

In today’s world, a tape measure is indispensable. What better way to invest my savings?