The battle for the Temple Mount escalated this week when the Muslim Waqf controlling the Mount joined with the Palestinian Authority and Jordanian officials to lay claim to the ancient “Bab el-Rahma,” otherwise known for centuries as the Golden Gate or “Shaar Harachamim” in Hebrew. 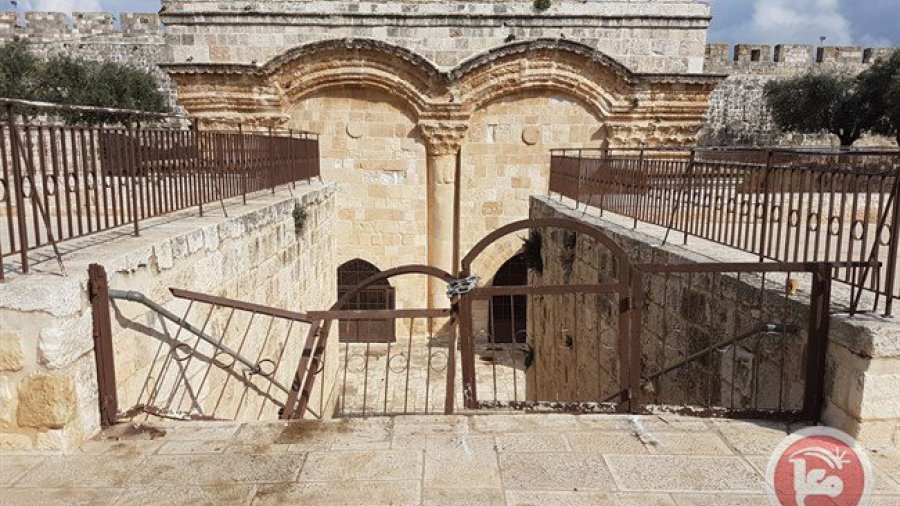 The entrance to the Golden Gate and the smashed fences. (Arab press)

Most Jews and visitors to Israel recognize the sealed “Gate of Mercy” from the outside wall of Jerusalem’s Old City facing the Kidron Valley and the Mount of Olives. 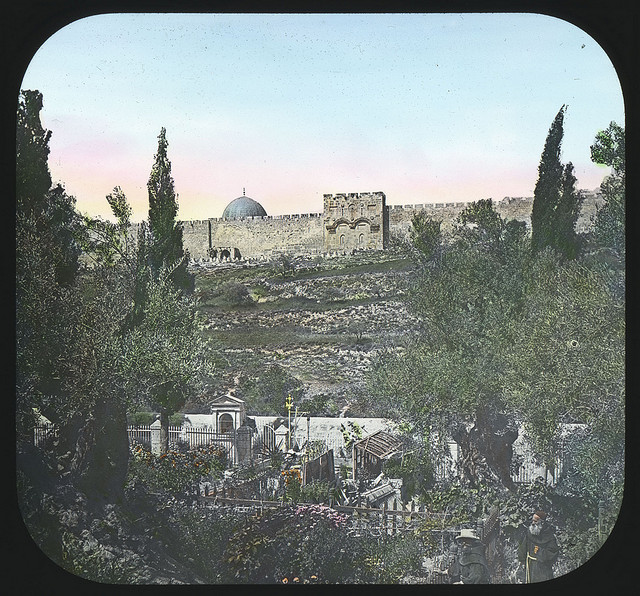 The sealed Sha’ar Harachamim, or the Golden Gate, taken from Gethsemane Garden (Chatham University Archives, circa 1900)

Unlike most of Jerusalem’s other gates, the Golden Gate was originally built at least a millennium before Suleiman the Magnificent rebuilt the walls of Jerusalem in 1540. It is the only Jerusalem gate that opens directly unto the Temple Plaza. According the Jewish tradition, the High Priest of the Temple would use the gate to carry out rituals.

Some archaeologists believe that the original gate, dating back to Herod’s construction or even Nehemiah’s period (440 BCE), still exists beneath the current gate. Perhaps because of the religious significance of the gate to Jews and Christians as the Messiah’s route into Jerusalem, Suleiman supposedly sealed the gate and permitted the construction of a Muslim cemetery to block it. 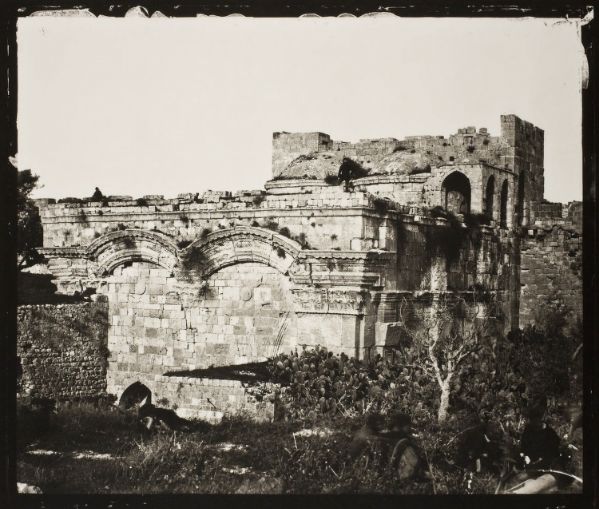 The Golden Gate compound viewed from within the Temple Plaza (Library of Congress, 1856-1860)

Unbeknownst to the world, there are ancient rooms between the wall facing the Dome of the Rock and the sealed gate on the outside wall facing the Mount of Olives, and it is here that the Muslim Waqf seeks to establish another Muslim prayer area on the Temple Mount. Israeli authorities sealed access to the internal rooms in 2003. Endangering the fragile Jerusalem situation, the Waqf and demonstrators seek to break the status quo. They may also seek to use the controversy to thwart the forthcoming American peace proposal, the “deal of the century.” 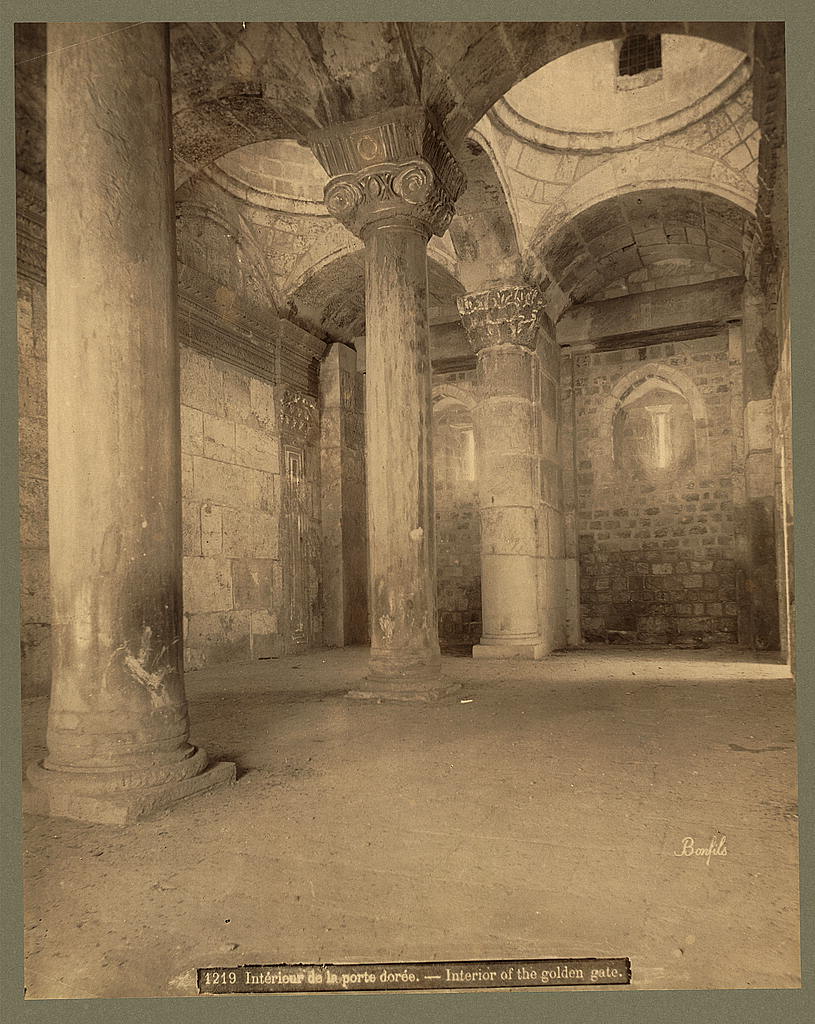 Inside the ancient room of the Golden Gate compound. Note the columns. (Bonfils, circa 1880, Library of Congress)

A later photo, circa 1900, showed the columns and the interior stone work in greater detail. The back column has a capital sculpted in the distinctive Corinthian pattern. A review of rare photos of what lays under the Al Aqsa mosque shows a similar Corinthian column. The photos were taken by Christian photographers who had access to the collapses mosque after a powerful 1927 earthquake in Jerusalem. 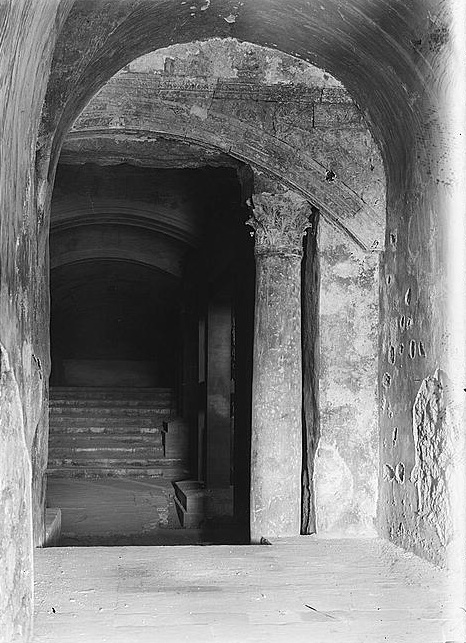 Under Al Aqsa, 1927. The column behind the sealed Hulda Gate facing south from the Temple Mount. Notice the stairs ascending to the Temple plaza. (1927, Library of Congress)

Note the fine and elaborate stone work, first from the Golden Gate chamber and then the Hulda Gate entrance. 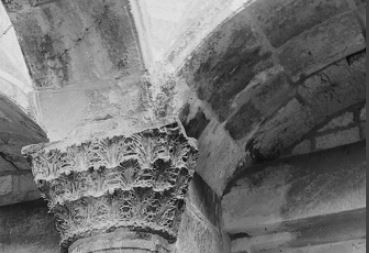 At the Golden Gate chamber, the Corinthian column design dates back 2,000 years. Sometimes building parts were re-used in secondary construction. 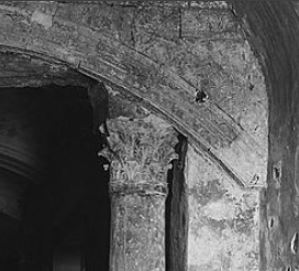 Corinthian capital on a column inside the Hulda Gate, hundreds of meters from the Golden Gate. 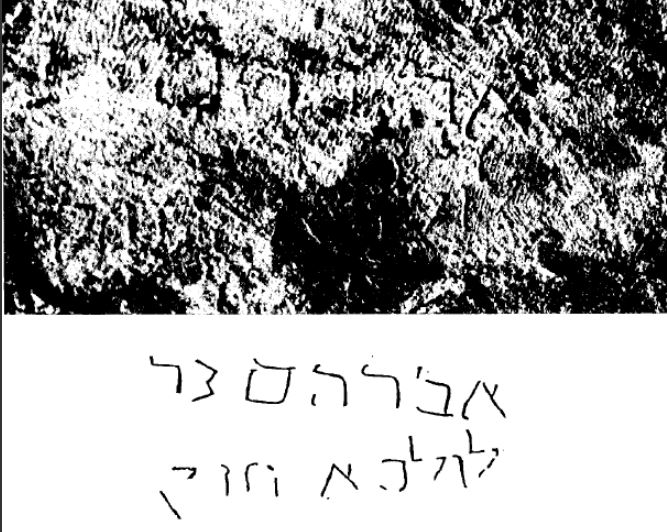 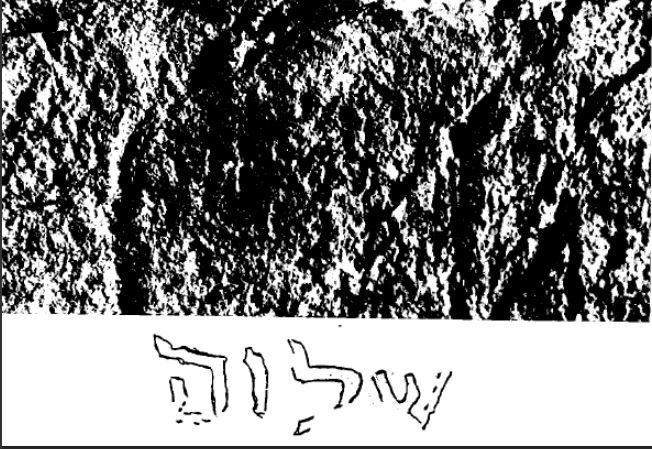 As this blog is posted, it appears the Muslims have breached the Golden Gate fences… 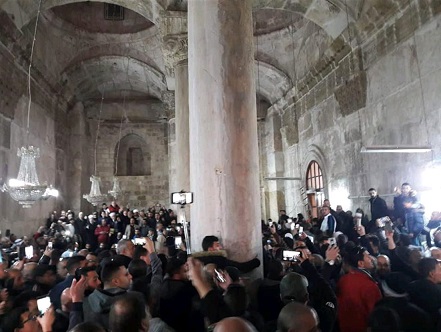 Friday, February 22, 2019, Muslim mob invades the Golden Gate chamber.
About the Author
Lenny Ben-David served as a senior Israeli diplomat in Washington. He is a public affairs consultant, writer, researcher, editor, and historian of early photographs. Ben-David is the author of "American Interests in the Holy Land Revealed in Early Photographs." He worked for AIPAC for 25 years in Washington and Jerusalem.
Related Topics
Related Posts
Comments