Her name seems to be Imadr Hadil (excuse the spelling): 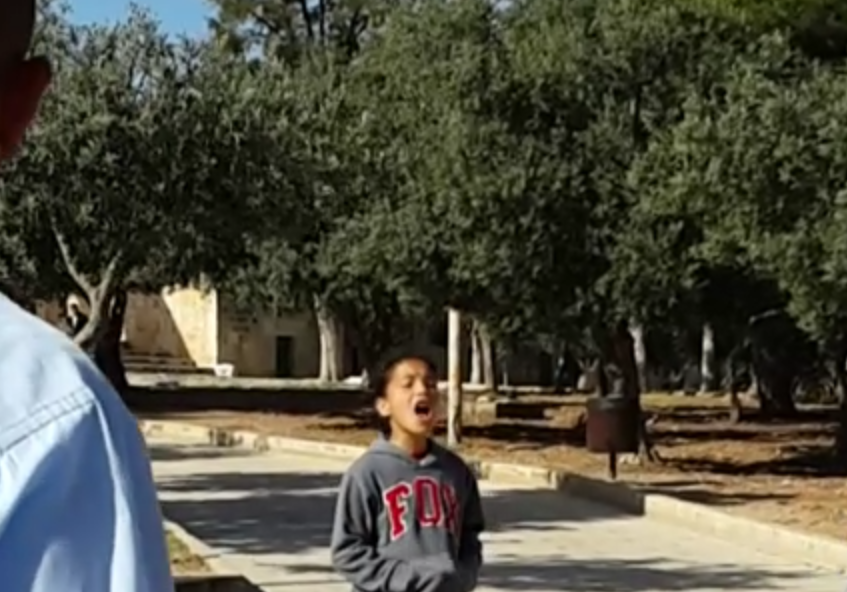 She is a provocateur. She uses her young age to walk right up innocently to visiting Jews and policemen and then screams, yells, and seeks to draw out some sort of physical response so that the 3-billion Muslim world can get really angry at Israel for allowing visits (aka “storming”) of Jews.

You can see her at work here. And here. Also here.

Well, she has been denied entrance.

I have been campaigning for a while to protect her rights as a child as it seems the Waqf and the Islamic Movement, both or either or perhaps her mother, are exploiting her and placing her in danger.  When Jewish residents of the communities in Judea and Samaria bring their children to demos and strikes, our leftist-liberals scream that we endanger them but they have been quiet in this instance. Again, their hypocrisy.

I even wrote to a slew of local and international childrens’ rights NGOs two months ago and, yes, you guessed it — no response.

If indeed she has been banned from the Temple Mount, finally a modicum of sense from our security services.