The Blogs
Eliezer Finkelman
Apply for a Blog
Advertisement
Please note that the posts on The Blogs are contributed by third parties. The opinions, facts and any media content in them are presented solely by the authors, and neither The Times of Israel nor its partners assume any responsibility for them. Please contact us in case of abuse. In case of abuse,
Report this post. 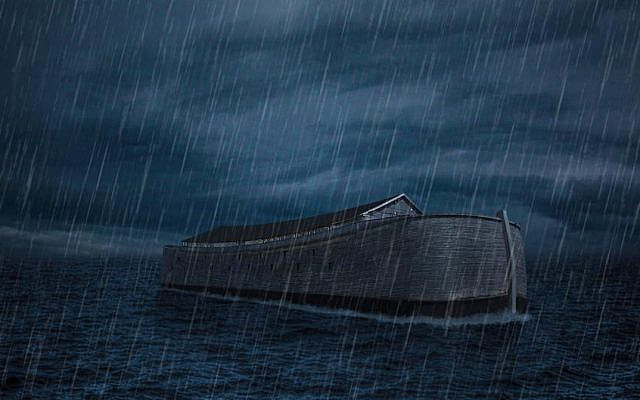 Dozens of children’s books retell the story of Noah; we give children toy versions of Noah’s ark.  We scarcely notice that the story of Noah has terrifying aspects.  Notice the most terrifying one: Though Noah works heroically to save his family, and a sampling of the animals, he does not – perhaps he cannot – save anyone else. A massive die-off occurs. No other humans will be saved; we cannot say, “no animals were harmed in the making of this story.”

After the heroism, only his one family survives.  After the catastrophe, nearly every surviving species experiences a genetic bottleneck.  Only aquatic fauna seem protected, although, somewhat presciently, the Midrash injects concerns about a rise in sea temperature.[1]

Now scientists tell us that we are in the midst of another massive die-off.   The threat, like the flood in the days of Noah, extents to all species, including humans.  In recent decades, political and economic elites have suppressed warnings of the consequences of habitat destruction, wanton pollution, and dramatic global climate change.  Now, though, refugees flee from wildfires, floods, droughts, and giant storms, as predicted.  As people everywhere observe the accelerating path towards catastrophe, elites have begun to respond with lip service (see Isaiah 29:13), promising to study the problem, or promising to take inadequate action to mitigate the problems, and then generally not following through.  Eventually, though, as the catastrophe grows, some leaders will act valiantly, like Noah, to save some remnants.

As in the terrifying story of Noah, those who valiantly strive to save remnants may not be able to – or even try to – help the rest of us.

[1]  Characeristically, the Midrashic source is not satisfied with a few degrees of warming (as recorded in Zevahim 113b).  Rav Hisda reports that the sea reached extremely high temperatures, inviting Lewis Carroll’s question, “Why the sea is boiling hot.”

About the Author
Louis Finkelman teaches Literature and Writing at Lawrence Technological University in Southfield, Michigan. He serves as half of the rabbinic team at Congregation Or Chadash in Oak Park, Michigan.
Related Topics
Related Posts
Comments