The Blogs
Martha Cohen
Apply for a Blog
Please note that the posts on The Blogs are contributed by third parties. The opinions, facts and any media content in them are presented solely by the authors, and neither The Times of Israel nor its partners assume any responsibility for them. Please contact us in case of abuse. In case of abuse,
Report this post.

Sara: What wonderful work that fascists have done in convincing people they’re men from legends.

Sara: But not by themselves. We don’t like to remember, do we? They came in on the shoulders of some of the most powerful men in the world. That makes us feel guilty, so we prefer to believe that they’re mysterious men from other planets. But they aren’t. They’re smart and they’re sick and they’re cruel. But given men who know what they fight for and will fight hard.

As the Iranian people try again to rid themselves of their oppressive and homicidal regime, memories of a very special taxi ride reverberate with me. As I settled into the car that would take me to the airport, I just wanted to relax and look silently out the window, but after the usual greetings, it became apparent that the gentleman behind the wheel was quite refined in both his manner and his speech.

Intrigued, I began to ask him about how he became a driver, and he told me about growing up in Iran and how the Islamic revolution led to his coming to the United States. Soon after the ayatollah took over, he and his wife realized they had to leave. Given that he was Muslim, and not part of a persecuted minority like the Jews or the Baha’is, I asked what brought them to the decision to leave so quickly.

His response was immediate and unforgettable. It was his daughter. There was no doubt that her life in Iran would be unbearable, that she would never be more than a second-class citizen and never be able to fulfill her dreams. That is why they left Iran, their home for countless generations, and — although he did not mention this — he sacrificed his professional status for her future.

I think of this elegant gentleman whenever I see the protests in Iran. He understood the nature of the Iranian regime. And this memorable meeting reinforced the fact that none of us should use the word nation to describe both the people and the state of Iran. They are and continue to be, for the most part, completely different entities, and we need to empower the Iranian people, whenever possible, so they can rid themselves of their genocidal rulers. A vivid reminder of this division was clear this past Sunday, when thousands of students protesting the shooting down of the Ukrainian plane deliberately chose to avoid stepping on the American and Israeli flags the government had painted on the street. Instead, they chanted that America is not their enemy. This, while the official policy of the Iranian government continues to call for the destruction of both the United States and Israel.

Unfortunately, neither the United States nor the Europeans recognized this distinction during the 2009 Green Revolution. Who can ever forget Neda Agha-Soltan, a young woman who was shot in the chest while peacefully protesting the rigged results of the Iranian presidential election that kept Ahmadinejad in power? And who killed Neda? A division of the IRGC, the SS of the Iranian regime, commanded by Soleimani until his death last week.

Standing with the Iranian people does not translate to boots on the ground. It is worth remembering that it wasn’t American soldiers in the Soviet Union that led to the release of dissidents like Natan Sharansky and the Jewish exodus that was finally allowed to leave the repressive regime. It was a consistent policy of lending legitimacy and a constant spotlight to their plight in addition to economic sanctions through the Jackson-Vanik amendment to the Trade Act of 1974 that gave real consequences to restricting human rights and emigration.

Though we tend to think of Iran’s effect on our lives mostly in the nuclear arena, its leadership’s hegemonic ambitions and moral depravity has many ramifications. Ask American Robert Levinson. Levinson is the longest held hostage in American history, disappearing from the Iranian island of Kish in 2007; only a photo released in 2011 signaled to his family that he was alive, until Iran named Levinson in an ongoing court case last year. That fueled the hope that he was still alive and in Iranian custody. The United States also increased the reward, now $25 million, for information that would lead to bringing Bob home.

Levinson is not the only hostage; when one is released, another is captured. The day that Jason Rezaian of the Washington Post was let go, the authorities jailed Nizar Zakka, an expert in IT technology whom Iran had invited for a consulting engagement. The IRGC took him to jail, and he ended up spending years in the notorious Evin prison, where so many political and dual citizens are sent and tortured. He has been released, but how many more have been imprisoned? Until the world makes Iran pay a price, this hostage-taking policy will continue.

We are aware of the murders of thousands who peacefully protest the regime by the IRGC and the killing of anyone who is gay or any woman who is deemed to be an adulterous. But not many people know that these events go beyond Iran or even the Middle East.

This month is the fifth anniversary of the still-unsolved murder of Alberto Nisman, the Argentinian federal prosecutor who was tasked with investigating the alleged government cover-up of Iran’s role in the bombing of the Jewish cultural center called the AMIA, which as the worst terrorist attack in Argentina’s history. Nisman was killed the night before he was to testify before a congressional committee, and a new Netflix documentary on the case has just premiered. However, Nisman’s investigation went beyond Argentina; according to Dexter Filkins’ 2015 New Yorker article, “That year, he and his staff produced a five-hundred-page report outlining what it said was Hezbollah’s and Iran’s terrorist ‘infiltration’ in Latin America. (A U.S. official called the report ‘spot on’).” Filkins further reported that Nisman believed that Argentina and Iran could be secretly renewing an earlier nuclear agreement. In the week before his death, it was reported that he felt that Iran was trying to kill him.

Whether Iran was behind Nisman’s assassination is still uncertain, but one thing is certain — Iran and its surrogate Hezbollah have sleeper cells in Latin America and the United States, perhaps throughout the entire 50 states. In July 2018, Soleimani insinuated their reach, saying, as quoted by the Mehr News Agency, “Mr. Gambler, Trump! I’m telling you that we are close to you, exactly where you wouldn’t think that we are.”

Public records of prosecutions of terrorists in the United States have given us information about Hezbollah sleeper cells (Unit 910) throughout the country. According to a recent article by Todd Bennsman in the website Federalist, the most current source about Unit 910 in America “comes from two federal prosecutions that resulted in 2019 convictions, one of Ali Kourani in the Bronx, and the other of Samer El Debek in Dearborn, Michigan.

“These Lebanese immigrant terrorist spies were routinely sent home to train in weapons, spycraft, and killing on American soil as soon as they were eligible for useful U.S. citizenship and passports,” the Federalist story continues. “Their main purpose from about 2007 until their 2017 arrests was to pose in plain sight as normal immigrant family men while they collected weapons and built target lists for when they were activated to strike, court records show.”

Lillian Hellman’s play “Watch on the Rhine” was produced in 1941, eight months before the United States entered World War II. It dramatically illustrated how a Nazi spy could infiltrate the home of an unsuspecting and revered American jurist’s family, leading to tragic consequences. The Iranian government has used the same methods throughout the world since 1979. This is a struggle that goes beyond the traditional battlefield.

Later in the conversation, the anti-fascist fighter, Kurt, tells Sara’s family about a time when he and another anti-fascist, both carrying outdated guns, were able to stop the Nazis. He ends with “I do not tell you this story to tell you that we are remarkable. It is to tell you that they are not.”

He’s right. The Iranians and their surrogates, Hezbollah and Hamas, are not remarkable. They are thugs and bullies.

The Iranian people know what they are fighting for. We can support the people of Iran as they fight to topple their theocratic fascist regime and live in freedom. Let’s not close our eyes and hope our families will be safe. That works only in fairy tales.

About the Author
Martha Cohen is an award winning producer and creative executive. She is a Berrie Fellow and currently sits on the JFNNJ JCRC and StandWithUs East Coast Boards. She chaired the JFNNJ Partnership2Gether when the Young Leadership program was developed and executed; and, continues to be closely involved. Martha and her husband David live in Fort Lee with their son, Harry.
Related Topics
Related Posts
Comments 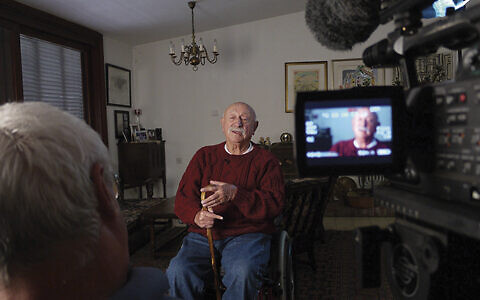 ‘They just did what they had to do’
Joanne Palmer 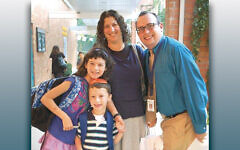 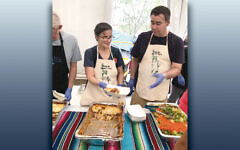 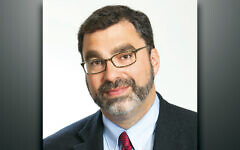 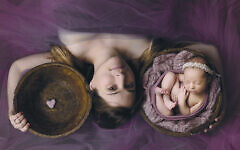 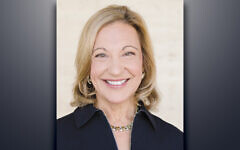 Speaker will discuss the genius of women
Lois Goldrich