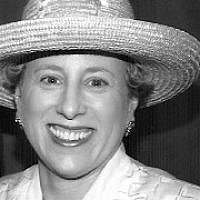 The Blogs
Adena Berkowitz
Apply for a Blog
Advertisement
Please note that the posts on The Blogs are contributed by third parties. The opinions, facts and any media content in them are presented solely by the authors, and neither The Times of Israel nor its partners assume any responsibility for them. Please contact us in case of abuse. In case of abuse,
Report this post. 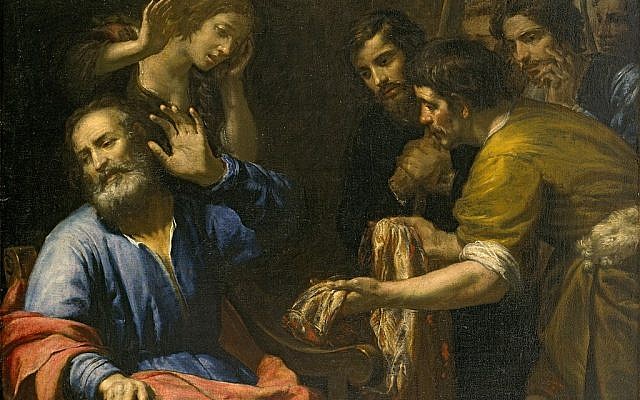 At one time, schoolchildren were taught that they would be drilled in the “three R’s” (reading, [w]riting and [a]rithmetic). In the Torah readings of recent weeks, we have come across a different series of “R’s” that Joseph’s brothers seemed to have been schooled in: reviling, rage and rivalry. As many of us are familiar with, the elder brothers reviled their younger brother whose dreams predicted he would lord over them, and whose multicolored coat evoked rage and rivalry. Their hatred was so intense that it led them to throw Joseph in a pit, debating the merits of whether to kill him or sell him.

Judah failed to rise to the challenge, do the right thing, and save his brother. He said, “Let’s sell him.” But what to tell their elderly father Jacob?

They hatched a scheme whereby they took Joseph’s multicolored coat, and dipped it in goat’s blood. Bringing it to their father, they asked Jacob, “Haker na,” “Do you recognize this?” This phrase, “do you recognize,” will be one that not only haunts Jacob, but the brothers throughout the Joseph saga.

It is Rashi and the Kli Yakar who connect this act with why we dip the karpas (parsley) at the seder. Rashi notes that “karpas” is an acronym of ketonet passim, the multicolored coat. The Kli Yakar explains that this first dipping at the seder is to remind us that this first dipping of Joseph’s coat led to Joseph’s descent into Egypt and the eventual Jewish enslavement there. It will be hundreds of years later that the last dipping to doorposts will lead to our liberation.

Fast forward to the moment when Joseph sees his brothers for the first time in many years. He has a moment of “haker na,” recognition of his brothers, but they don’t recognize him. But what is he recognizing his brothers to be? Are they still the same young men who wanted to kill him? Or has time and the tragic suffering of their father changed them? If Joseph were to reveal himself to them at this moment, would they express true regret and remorse?

We see the brothers’ regret, especially Reuben’s expression of recrimination, for the brothers’ failure to listen to Reuben when he said not to harm Joseph. But for Joseph, that is not enough. It is only when Judah offers himself as a substitute for Benjamin that Joseph sees that the hatred, animosity, and jealousy of long ago is absent. Judah has now embraced an ethic of remorse and responsibility. His willingness to trade places with Benjamin, as he delivers perhaps one of the most famous biblical soliloquies, sends a visceral sign to Joseph that faced with a similar situation of where Joseph was years ago (with Benjamin about to be enslaved in Egypt), Judah is willing to make up for his behavior of years ago.

Judah does not yet recognize that the person he approaches is his long-ago sold brother, but he does recognize the right thing to do. He knows he cannot remain silent about Benjamin. Judah steps forward, realizing what his role has to be. Silence is not an option. He offers himself, in place of Benjamin. His father cannot know any more pain.

What Judah does not know just yet is that his disguised brother Joseph is seeking not revenge, but return; have his brothers changed from hating him as an enemy to loving and wanting him as a brother? It was Rambam, Maimonides, who teaches us that the true test of repentance is when we find ourselves in the exact same situation with the same ability to behave as we did the first time we committed the wrong, and instead we behave as we should.

Joseph has grown. He realizes that his behavior as an adolescent was in need of repair, of tikkun. Nehama Leibowitz remarks that by Judah stepping forward, he displays his transformation. It is at that moment when he speaks to Joseph on the throne, saying our aged father is home, the one you asked about, he already suffered the death of one son, nothing can befall this second son, take me instead.  Joseph is now free to approach his brothers and tell them who he really is because at that moment he sees who they really are.

Viewing Judah as representative of the brothers as a whole, Joseph sees that they have recognized the errors and terrible mistakes of the past and are now ready for reconciliation. Revenge is in the past. He reminds them that he is not merely Joseph, but he is now truly their brother. Judah’s actions and Joseph’s open heart demonstrate the importance of letting go of the negative.

Too often, we are schooled in the three R’s of reviling, revenge and recriminations. Vayigash stands as the parsha par excellence that provides for us the most important “R’s”– those of remorse, responsibility and ultimately reconciliation, leading to love, liberation and the ultimate redemption.

About the Author
Dr. Adena Berkowitz is co-founder/Scholar in Residence of Kol HaNeshamah NYC, an outreach congregation dedicated to reenergizing the spiritual life of affiliated and not yet affiliated Jews. With backgrounds in law and Jewish Studies from Yeshiva University's Cardozo Law School and the Jewish Theological Seminary, she is co-author of Shaarei Simcha, a mini prayerbook, the first liturgical work in modern times written by Orthodox women. She is also a visiting lecturer at Yeshivat Chovevei Torah Rabbinical School.
Related Topics
Related Posts
Comments