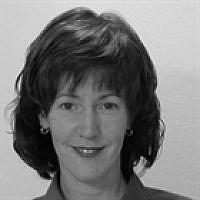 The Blogs
Rivkah Schwab
Apply for a Blog
Advertisement
Please note that the posts on The Blogs are contributed by third parties. The opinions, facts and any media content in them are presented solely by the authors, and neither The Times of Israel nor its partners assume any responsibility for them. Please contact us in case of abuse. In case of abuse,
Report this post.

While the media portrayed the seminary girls in attendance at the Western Wall on Rosh Chodesh Sivan as mindless lemmings in thrall to their Rabbis, we married women would turn out en masse if we were asked to demonstrate our support for the status quo at the Western Wall. The question Women of the Wall should be asking is, why are we so devoted if we are subjugated, discriminated against and deprived of rights and status? While their conspicuous display of unorthodox practice at the Kotel is a transparent attempt to lure women and the Israeli public away from Orthodoxy, the attendance of thousands of traditional women and girls was meant to illustrate to those who demand heterodox prayer in the name of pluralism and democracy, that the overwhelming majority of Jerusalem’s women want traditional prayer customs preserved at the Kotel. Listen, sisters, if you wish to understand why.

What nonobservant people fail to understand about the Orthodox is we have joy in submission to a truth larger than ourselves. We derive profound ecstasy in submission to the will of God. Judaism makes more demands of men than it does of women. Men, if not ennobled by the sacrifices Judaism demands of them, might rightly claim that they are oppressed. But poll after poll identifies Jerusalem residents (overwhelmingly religious) as among the happiest in the world. We are elevated by assuming our place in Israel’s unique destiny. Glory is a Jew’s birthright, being the chosen people of God. Living your life in accordance with Judaism’s ancient yet eternal Torah code is eminently satisfying. While WoW gains its sustenance from inciting anti-Orthodox controversy through sensational press coverage, we gain ours in quiet, personal prayers offered up to our Creator. One is divisive, and so, counterfeit, the other is real.

If the members of WoW could look upon themselves from an aerial vantage point, they might see how foolish they look. So-called feminists who parade in men’s garb because they believe only men’s garb has status? Only men’s garb has value and significance? Isn’t this a betrayal of feminism? Do they realize how they diminish themselves and insult the women who they claim to want to rescue?

Torah Judaism gives us countless examples of women to emulate who battled nations, tyrants and their own demons to become the heroines whose self-sacrifice inspires us to this day. A woman who covers her hair and covers her body has dignity not self-effacement.

While still a spiritual seeker, I studied at the Reconstructionist Rabbinical College in Philadelphia and attended egalitarian prayer quorums, and I witnessed the shrill efforts to convince the naïve that the Torah and Orthodoxy are misogynistic by citing isolated quotes and representing these as the whole. I heard the demonization of the Orthodox and even fell prey to it myself before I first studied the Torah and Talmud with an open mind with a modern Orthodox professor at University.

The Torah exalts women and slanders women as it denounces men and lionizes men. The whole pageant of human personality in its richness and depravity is represented and discussed in the Torah and its commentaries. Our Maker testifies to His intimate knowledge of His creations in our virtue and our disgrace. We are offered the opportunity to be partners with God in the perfection of the world through loyalty to our holy Torah. We have the choice as free human beings to decide with whom we stand.

About the Author
Rivkah Schwab is a wife, mother and writer living in Jerusalem.
Comments