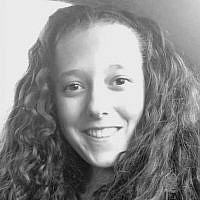 There are two sides to every story. Two interpretations of truth, two perspectives on what’s right–neither are necessarily wrong. Many people forget that in order for one thing to be true, the opposite doesn’t necessarily need to be untrue.

My generation, I speak as a 17 year old, often is quick to side with the underdog and humanity–a mixed blessing. Students are quick to share links without fully comprehending them. For instance, they may see a video of Palestinian children being killed by a missile–a horrible sight that would have anyone repulsed and angry. What they may not realize is that either A) the children were victims of the Syrian conflict, as we’ve seen the Palestinian propaganda so often use or B) the video may be out of context, for instance, that missile could’ve been due to one of the over 100 misfires Hamas has had, landing 100+ missiles in the Gazan area it was shot from. #FreePalestine has become popular, many celebs and teens alike use it after seeing merely the death toll. Again, there is a backstory, but our generation likes rooting for the wounded and “aiding humanity”, despite the fact that they are unknowingly (or even knowingly) rooting for. . .well, terrorism.

The conversation regarding the current Israeli-Palestinian conflict is a conversation more and more people are having, people my age included. Yet the conversation isn’t always directed properly. For starters, many people refer to it as the Arab-Israeli conflict. And while that may have been true in previous years, the conflict is not with religion or geopolitics; the conflict lies between Israel (the only democracy in the region) and Hamas (an internationally recognized terrorist organization). Even in my above classification, I’m slightly off target. The conflict isn’t between the two peoples of Israel and Palestine, the conflict is between Hamas and Israel.

If the conflict is current, why is anything but the current situation brought into the conversation? Palestinian advocates continually point to the “Israeli takeover” of Palestine in the 1940’s. Regardless of the fact that Britain and the UN decided the land boundaries then, not Israel, it still doesn’t address today’s issue. Granted, our past cannot be erased and it does play a significant role in our future. However, retraumatizing ourselves with endless conversations of “takeovers”, “occupations” and suicide bombings from 10 years ago does nothing but direct the conversation away from the current issue. Debating the past is important, I firmly believe that. Debating the past while speaking about the present does nothing to aid the future.

Let’s come back to NOW: Hamas kidnapped three Israeli teens after they’d been launching rockets into Israel. The IDF went into Gaza in an effort to weaken Hamas as they looked for information on the kidnappings. An extremist group of Jews then kidnapped and murdered an Arab boy. Hamas celebrated the murder of Israel’s three children and launched a social media campaign calling for the death of three more. PM Netanyahu and Israel condemned all four murders equally. Remember, Israel is a democracy and Hamas is a terrorist organization.

Hamas rejected two ceasefire agreements, one offered by the Egypt and the other by the UN. In response, Israel began their ground offensive (which really can be called a defensive, since this is a defensive war against Hamas) into Gaza. Thirty underground tunnels and counting have been found. Terrorists attempting to besiege Israel via land and water have been neutralized.

Now is not the time to discuss those.

Now is the time to discuss what we can do for peace. Picking at scabs won’t do anything to prevent further injury. So let’s finish licking our wounds, slap a band-aid on them and peel them off when the time is right. There is a time, there will always be time. That time is not right now.

About the Author
Toby Klein is a current senior residing in the suburbs of Chicago. She's a senior fellow in Write On For Israel (Chicago) Cohort 10.
Related Topics
Related Posts
Comments