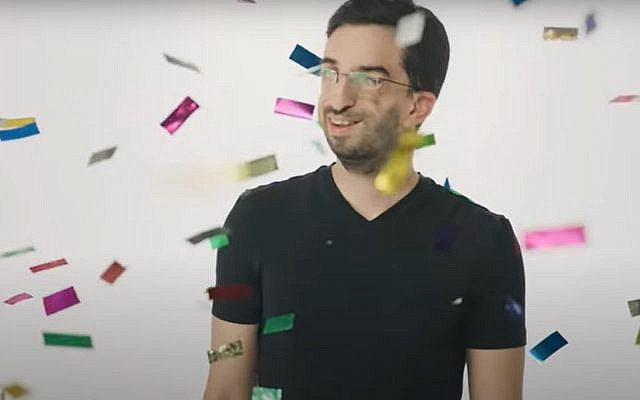 As an oleh (immigrant) to Israel, I was raised on dull and melodramatic American political advertisements. MTV became a “thing” when I was a teen, but politics still seemed to be the realm of the staid and mature. Politicians used high-minded ads to scare or excite people into voting for one of two boring choices. The style was mostly the same. Commercials like “Morning again in American” for Ronald Regan, “America Back” for Bill Clinton, and “The Choice” for Barak Obama all looked and sounded like sappy Hallmark movies with the ubiquitous, “I approved this message” tailing at the end.

American political ads were not always this way. The horrors of the Cold War, with students hiding under desks, begged for something less austere. A classic advertisement, “I like Ike,” in 1952 to elect Eisenhower seemed more like a Disney cartoon than a political message, as does this one from a few years later for JFK. But those silly ads were from a different time and place, when Disney was putting out a movie a year, like Alice in Wonderland, Robin Hood, and Peter Pan. In the politics of the ’80s, the way I remember it, the Americans took themselves more seriously.

Coming to Israel, things were different. While Israeli media outlets do not lack serious advertisements (or comic ones) during our seemingly never-ending elections, five in two years at present, I am struck by the sheer “MTV-ness” of today’s videos.

Israelis split among the numerous sectors represented by what seems like an infinite number of political parties. (My son is begging me to vote for the Pirates, whose most significant plank in their platform is getting rid of paper ballots. You can check out their, well, their surprisingly named platform here.)

Of course, we certainly have serious issues. I don’t remember feeling weight pressing down on my shoulders when pulling the curtain closed during the American elections. The colossus of the United States seems like a slow-moving aircraft carrier. It maneuvers slothfully through the roughest seas, unimpacted by the crash of waves. Elections never impacted me in the visceral manner they do in Israel. I moved here long before the 2016 election, which raised so much ire. I never felt like my life hung in the balance of the United States ballot box.

On the other hand, Israel zips through the water like a speed boat. Elections impact issues large and small immediately and with potentially dire consequences if not steered carefully. Living with existential threats on our borders and inside territory conquered in 1967 challenges every government. Dealing with terror threats and price controls requires immediate tending. Israelis often vote like their lives or that of their children depend upon the results… because they do.

Will the government vote a month after the election to remove my family from my house, send my child to fight a war, or make a treaty and bring peace? Yes, cottage cheese prices and gas are significant issues, as is the dire lack of housing and infrastructure to support a quickly growing population. Our enemies often launch missiles as we approach the ballot box. Though the box itself looks more like the one I used in junior high than the one used to decide the nation’s fate (remember the Pirates I mentioned above?), the issues here are real, immediate, and existential.

One of the strangest realities is how parties choose to use their advertising budget. As stipulated in the Political Parties (financing) Law of 1973 and amended in 2002, most political advertisements are paid for by the State of Israel. So how do the parties instruct about the many issues facing Israeli citizens?

If we base the election on music videos, the outcome might be different than current polls suggest.

Israel has two Haredi parties running in the election. The first is United Torah Judaism – UTJ (Achdut HaTorah), which combines the Lithuanian yeshiva faction Degel HaTorah with Agudat Yisrael, which Gur Hasidim control. Supposedly, this round, the two parties remembered the 18th-century squabbles between Hasidim and Mitnagdim (anti-Hasidim) and almost called it quits. It required an intervention by former (and maybe future) prime minister Benjamin Netanyahu to remind them that that particular war ended 200 years ago.

Naturally, both elements in the party had to present two different styles of music videos. You read that correctly, Haredi music videos. Given that the Haredi community forbids the use of the internet, especially cell phones and the like, who are these ads designed to attract? Well…let’s keep that to ourselves.

Back to the videos.

The Degel HaTorah faction presented a video that opens with a somber prayer service to end the “Evil Government” of high taxes on paper plates and Coca Cola.

The video begins with a mock Yom Kippur service, but jumps quickly into a beat about coming together for their flag.

The Hasidim, not to be outdone by their Mitnaged frenemies, are true to form. No sadness in their video. They present joy from beginning to end.

These videos are the latest in a trend that began in elections past. As pointed out by a friend in a Facebook Post, United Torah Judaism presented one of the catchiest tunes of all Israeli elections three years ago.

With the TikTok popularity of the Miami Boys Choir trending, it is no surprise that dancing and singing in a rock music style would be all the rage. Maybe the UTJ faction is hoping to go viral on social media. Just think, someone may use their audio for a too-loud TikTok dance video. Welcome to 5783 (or 2022.)

The Haredi-Sephardi party, Shas, next to raising their former spiritual leader, Rav Ovadia Yosef, from the dead, loves to present upbeat music videos. Shas’s latest offering does not disappoint.

They are using a beloved tune from the Yom Kippur service. Ironically, Shas, which began as a rebellion against Ashkenazi-centrism, chose to use a tune written by an Ashkenazi musician. Yigal Calek of the London School of Jewish Song fame wrote a score for “Marei Kohen” (Emet Ma Nehedar) from the Yom Kippur service. You can listen to the original from 1971 here! Furthermore, the tune was written for the Ashkenazi pronunciation of Hebrew, forcing the singers to change their accents. To quote German Chancellor Otto van Bismarck, politics really is the art of the possible. 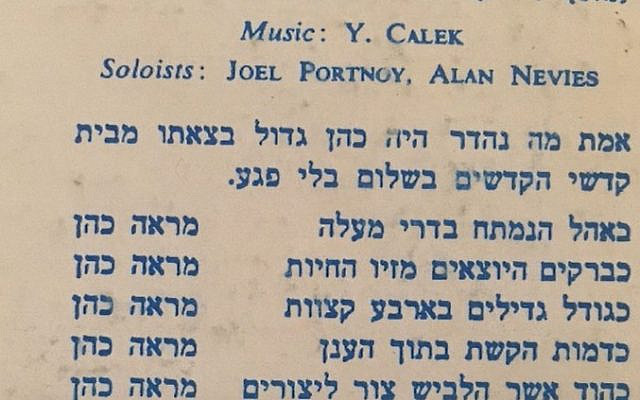 With the Haredim throwing down the dance fever gauntlet, the left-wing Meretz party could not help but join the fray. At this point, unlike the parties mentioned above, Meretz might not pass the electoral threshold. Reflecting their meager handful of voters, they included only a small group of people for whom the most pressing issue seems to be bicycle riding.

I’m not sure how persuasive this hip-hop style video will be, but they seem to hope that colorful socks might make up for the lack (to my mind) of a catchy tune.

Of course, the one person in Israeli politics who will not be outdone is the long-standing former prime minister, Benjamin Netanyahu of Likud. He may go down in history as the most successful, if not craftiest, politician in Israel’s history. Carefully orchestrating his image, Netanyahu went with a tear-jerking a cappella rendition of the prayer for Israeli soldiers.

Hearing the prayer is always moving. But one wonders if Bibi has just stayed in Israeli politics too long. While UTJ and Meretz are capitalizing on TikTok-worthy music videos, Likud’s video is reminiscent of Yeshiva University’s premier a cappella group, The Maccabeats. No longer in college, The Maccabeats, founded in 2007, are so 2015. They peaked in the YouTube era, and now we are in TikTok territory. Someone may need to let Likud know that Pitch Perfect, the a cappella movie series, came out in 2013; even the last installment was over five years ago. Bibi’s time out of the premier office has been shorter than that. It’s as if he’s relating to his year-plus out of office like it never happened, like the five-year blip in Marvel’s Infinity War series. And, as if he never left, he is singing old songs while the world has changed. The Peter-Pan-like PM doesn’t (want to) get it. Just as I might argue that it’s time for the original Maccabeats to move on, maybe Bibi can too.

Has the time come for Israel to embrace the seeming takeover of music videos? Maybe, as opposed to dropping those wasteful white slips, so despised by the Pirates, in the cardboard box, we can change the format.

Let’s have the heads of the parties hold a battle of the bands-like performance. UTJ, which stands for “Unity in Torah” or something like that, will have to have a disunified front with both a Mitnaged and Hasid competing. Meretz looks like it only has a few voters, so we’ll cut them some slack. The Maccabeats can represent Bibi if they are OK with that, and Shas can show an old video of Rav Ovadia. For if we don’t do something different, we might as well get ready for round six.

About the Author
Rabbi Berman is the Associate Director at Yeshivat Eretz HaTzvi. In addition, he has held numerous posts in education from the high school level through adult education. He founded the Jewish Learning Initiative (JLI) at Brandeis University and served as rabbinic advisory to the Orthodox community there for several years. Previously, he was a RaM at Midreshet Lindenbaum where he also served as the Rav of the dormitory.
Related Topics
Related Posts