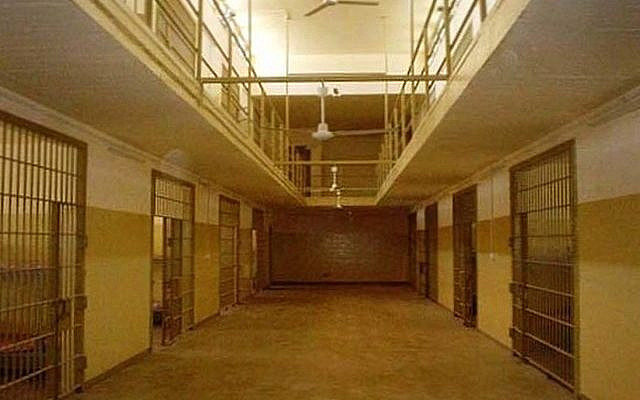 In an egregious abuse of the vulnerable among us, undocumented immigrants detained by ICE have been effectively “sold” to private companies to work for much less than minimum wage, sometimes $4.75 per hour, for tasks such as packaging salads and building house frames, an investigation by the Arizona Republic found.

“Among the companies discovered to have used unauthorized migrant labor were Hickman’s Egg Farms, Taylor Farms, NatureSweet, and Televerde,” Joseph Darius Jaafari wrote for the Republic.

Jaafari’s reporting found that, although these people are technically not allowed to work in the United States, hiring prisoners is a loophole that has long enabled companies to benefit from these laborers and pay them well below a humane wage.

While the ideal solution here is obvious (stop imprisoning migrants and, if they are imprisoned, then at least pay them fairly), I tend to think the solution to this problem, from an imperfect, pragmatic perspective, is not entirely black-and-white. We can’t just cancel these workers’ jobs, and it’s better these immigrants are being paid something, rather than nothing, while they’re in prison. I have no desire to take the work and the pay from them. On the other hand, it is offensive and dehumanizing, first, for ICE to imprison individuals fleeing for a better life — and then for companies to exploit their imprisonment for material gain. We know that countless undocumented workers in America are exploited, since they live in fear, and are paid below minimum wage. This is egregious and the Dept. of Labor needs to protect these workers, but now to do it as part of our sanctioned criminal justice system is just unfathomable. Those who claim to not want the immigrants to arrive here may actually, hypocritically, want them here indeed, in order to exploit them as extremely cheap, imprisoned labor.

And so, we must instead reform the corrupt system being perpetrated by the government that purports to represent us.

This should go without saying, but, if imprisoned people — including undocumented immigrants detained by ICE — choose to work, they must be entitled to the same minimum-wage and labor protections as everyone else. As it says in the Torah, “There shall be one law for the citizen and for the stranger who dwells among you” (Ex. 12:49).

More harshly, it is said in the Book of Deuteronomy:

You shall not abuse a needy and destitute laborer, whether a fellow Israelite or a stranger in one of the communities of your land.

You must pay out the wages due on the same day, before the sun sets, for the worker is needy and urgently depends on it; else a cry to the Lord will be issued against you and you will incur guilt. (Deut. 24:14–15)

Seeing what has been happening here in my home state of Arizona, I feel indirectly indicted by the words of the Torah, and I believe we should all feel some complicity and that we’re under Divine watch for how we’ll respond to this moral failing. This should not cause despair, but should inspire us to act.

The goal of justice for these immigrant workers is not impossible to achieve. In fact, it is something we have a duty to work toward. A lawsuit in Washington State won immigrants $17 million on the grounds that paying detainees below minimum wage was against state law.

Torah values call us to, in all jurisdictions, use existing laws to seek fair treatment for all wherever possible, and, in places where the laws are fundamentally unjust, pass reforms that move us toward truly loving the strangers who dwell among us. All people, imprisoned or not, undocumented or not, should be paid, at least, the legal standard that all workers are entitled to.

By embracing a Torah mindset, we learn that justice is not just a matter of how individuals live, but of how society functions as a system that can either lift up or oppress, depending on how we choose to act.