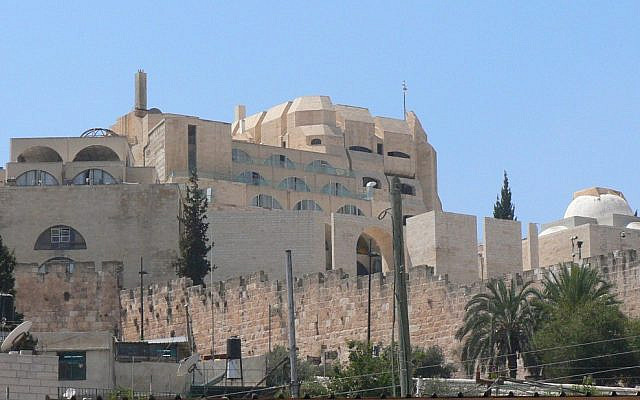 Early this month, the Israeli High Court of Justice gave the Government until next June to change what amounts to a blanket Haredi exemption from national service.  The Court had ruled that the existing provisions violated the principles of equal sharing of burden and anti-discrimination laws.  Of course, supporters take the opposite view. They claim that interrupting Torah study for military service violates precepts of Judaism.

Ironically, the Torah portion we read that week, Matot, undermines those claims, as does the portion we will read in three weeks, Shoftim. Moses drafted Torah scholars as soldiers in the war against Midian. The Torah’s general code of war emphasizes the need for piety in battlefield warriors. Even according to those commentators who say that, in war, martial success required prayers, the supplicants belonged to special battalions and engaged on the battlefield.  In modern terms, they filled the role of chaplains.

Beyond the niceties of textual analysis, the tragic story of  Tisha B’Av, Kamza and Bar Kamza, in Tractate Gittin seals the conclusion. Leaders must base their decisions on the consequences of their actions, not just on technicalities. The exemption for Haredim arouses severe anger and social strife.

The Torah in Matot relates God’s command to Moses to destroy Midian.  Numbers ch. 31 v. 3 states that Moses announced to the people, “Muster from among you anashim for the army . . . “  The verse uses the superfluous word anashim, the plural of ish.   Numbers ch.1 similarly uses the superfluous word ish — a prominent person — when enumerating the princes of the tribes.    Rashi defines the word in Matot as “Torah sages,”  notable for piety.  Nachmanides notes that no one else could have fought.

Midian served as a model for all of Ancient Israel’s wars.

The Torah in Shoftim, Deuteronomy ch. 20,  lays out the rules for raising an army. The priest shall declare to the recruits, “Hear O Israel (Shema Yisrael) today you are going to war.”  Rashi notes the use of Shema indicates that the priest told the recruits that the virtue of reciting the daily Shema alone should instill confidence in victory.  Further, the officer states, “He who is fearful and faint of heart” should return home.  The Talmud, Sota 44a, notes three opinions.  According to one, “He who fears” refers to a person who committed certain serious sins. The second holds that any sin suffices and Rabbi Akiva holds that even a person who cannot stand the sight of war should leave the field.

Maimonides in Mishneh Torah (ch. 5 of the laws of Kings) follows Rabbi Akiva.  Not only the sinner but anyone who would collapse in the heat of battle may withdraw.

Waging war belonged to the righteous.

True, according to commentaries, going to war required prayer battalions.  Ezor Eliyahu (Lemberg 1889) notes that the Matot mentions “one thousand per tribe” three times. This means that three thousand warriors stood against Midian.  He states that one thousand fought, one thousand watched over equipment and one thousand prayed.  However, he described the one thousand who prayed as precursors to the Men of the Post.  During Temple times, these men left home and stood with the priests in the Temple to pray as the priests offered sacrifices (Taanit 27).  The prayer battalions of Matot served as chaplains in modern armies, at the front.

Beyond this, we must apply the lesson of Tisha B’Av to look at the larger picture.  Most know the story of Bar Kamza and his false accusation of Jewish treason to the Roman Emperor.  More obscure, however, the Talmud (Gittin 56a) recites the climax. When Bar Kamza brought to the Temple the animal he wounded, the sages wanted either to kill Bar Kamza or to accept the injured animal. R.  Zechariah Ben Avkilas countered, correctly, that, on the one hand, bringing a wounded animal does not constitute a capital crime, and, on the other,  the Torah forbids the priests from accepting the offering.

The sages acquiesced and, of course, Bar Kamza returned to Rome and achieved his revenge.  The Talmud blames R.  Zechariah’s shortsightedness for the destruction. Rashi holds that the Jews should have killed Bar Kamza. Maharsha comments they should have accepted the sacrifice.  Either way, the sage lacked vision. Given the acrimony the Haredi exemption incites, even if technically the army may not draft yeshiva students, larger considerations of societal cohesion should — but will not  — cause Haredim to reconsider.

Policy may support the Haredi exemption but religion does not require it.