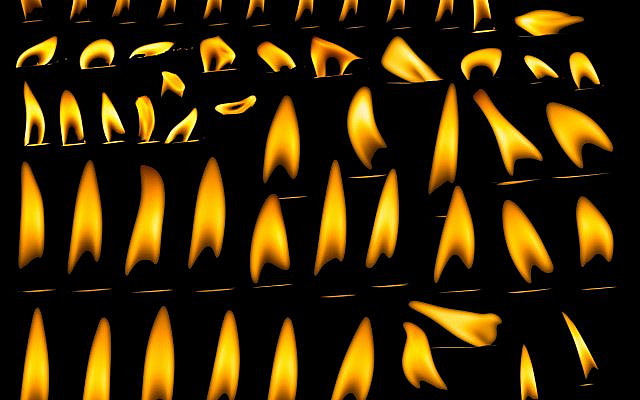 Image by Waldkunst from Pixabay

This spring is what did it for me.

For a long time, I laughed them out of town.

All this about a fascist coup.

It’s often felt to me (as no doubt for so many, many others!) that dropping the F-bomb is something people do all too easily nowadays.

But the cold-blooded murder of Sarah Everard, the brutal pummeling of unarmed civilians at the vigil at Clapham Common, the graveyard of our democracy, and then this hideous anti-speech Blue Junta Bill that is cynically calculated to arbitrarily confiscate our God-given, imprescriptible, inalienable Magna Carta Rights…

This is the last straw!

The very idea that in the land of Walter Tyler, William Wallace, William Blake, the Suffragettes, the trade unions, and untold numbers of religious martyrs of various persuasions, that people are now supposed to just stand idly by and accept being told what we can and cannot protest about?!

As far as plastic patriotism and hijacking the flag goes, this is about as foul and disgusting thing I have ever seen in my lifetime; and don’t forget, I grew up during the Troubles, and I’ve seen a fair bit of pseudo-patriotic nonsense in my time, and as you can well imagine, the Irish and the Scottish were both indulging themselves pretty heartily!

I’ve been concerned for a long time about how flag-burners and flag-stealers tend to feed off of one another.

Of course, as the UK seems to have already crossed some shadowy Rubicon from proto-fascism into actual fascism, the flag-burners are not the main problem right now.

Never thought I’d see the day where I’d pull a Gimli and found myself protesting in Millennium Square, twice, alongside many followers of left-wing tendencies and parties, in the name of the ultimate single-issue topic: resisting a fascist coup!

Or marching alongside the Socialist Party and other members of the protest march, seemingly indistinguishable in my manner from those I was fighting shoulder to shoulder with.

I guess the corrupt Tory crime cartel guessed that the 14 million of us who voted for them in December 2019, and the similar and even somewhat higher number who voted to leave Brussels prior to that, were just going to stand idly by and accept this great business opportunity to ‘own the libs’ once and for all!

Perhaps they think that their bad faith hijacking of many things that are actually sacred to other people will be just accepted by those who actually believe in them!

They have absolutely no idea how much trouble they’re in.

Let’s not forget, of course, that in a context where grimy political opportunism truly knows no bounds, we can reasonably expect to see a shift in how religion is handled in civic terms.

Although the authoritarian and dictatorial credentials of the self-styled ‘Conservative’ Party are now no longer a matter of the slightest doubt whatsoever, it’s in their own best strategic and tactical interests to distinguish themselves from both the Roman model and the Berlin model of 20th century Fascism.

Nowadays, in the age of the internet and of an unprecedented level of mass communication (and indeed of mass distraction!), it’s possible to use different methods than before.

Given the need to try and gaslight the electorate into believing they’re not really fascists, the Conservative Party are sure to pay lip service to certain jargon from the proto-fascist phase of this country.

21st Century Fascism, or Leaky Fascism, finds it both unnecessary and even strategically inexpedient to do so!

So, in keeping with my recent single issue trend, where I am focusing largely on religiophobia, here is my prediction for the coming years and (God forbid!) decades (???) in this country.

Instead of holding one religion captive under a protection racket overtly persecuting other religions, the Conservative Party are going to mimic the behaviour of politicians in the proto-fascist period that recently ended…

And they are going to extend the protection racket logic to all religions!

After all, the UK has rather complex religious demographics, so it wouldn’t make much sense to rock the boat too much with the faithful of various religious traditions.

Instead of overtly persecuting one or more smaller religions from the outside, the government are going to apply internal subversion by trying to co-opt and hijack each religion.

Comparing this with Hitler and Mussolini, we can see that neither dictator did this: they only applied protection racket to Christianity, albeit sternly disciplining those in Christianity who were perceived as being out of line: such as Dietrich Bonhoeffer and Martin Niemöller.

In times to come, however, we are not just going to see Boris Corleone say:

HMGGGGHHH!… Nice little church we got ourselves here. Shame if something happened to it, huh?!

The word ‘church’ will be equally substitutable by ‘synagogue,’ or ‘mosque,’ or ‘gurudwara,’ or ‘mandir,’ or anything else you could possibly imagine. 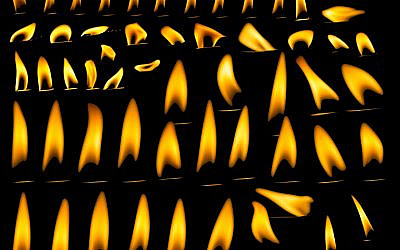 Image by Waldkunst from Pixabay

The horrible events of March 2021 will no doubt have dispelled any remaining doubts from not a few minds in the UK and in the world at large, on the core single-issue topic of the day for everyone here in Britain, which is imply this:

That the Conservative Party are on a whole new level of dictatorial power-grabbing perversity!

But let’s not be naive about their chameleon-like ability to adapt to ever-changing circumstances.

Don’t expect them to uncritically model the Berlin model OR the Rome model of 20th century Tight Fascism.

Expect much Mussolinian merriment of the very fakest order, by all means!

But for those among us who will take the courage to stand by and not to laugh at things that are fit only to be mourned and wept and prayed over:

Expect to see a very curious mutation in the way religiophobia is employed in fascism, yes, in the fascist Britain of today.

Every religion is now falling under the velvet curtain of faux pluralism.

No matter what faith you follow, you can expect to see some very heavy expectations that will be placed upon you.

You will be expected to teach and to live out, by word and deed alike, only those parts of the religion that suit the purposes of the new regime.

You will be expected to ignore thorny topics in religious scriptures, broader civic engagement, and any local, national and global news.

You will be expected to ignore or at times, even viciously repudiate those who ask uncomfortable questions, and endeavour to jog the memories of those who have chosen a life of comfort and of keeping their heads down over the more cold and thorny path of martyrdom, of non-violence, of ahimsa, and of peace beyond all interests, and flattery, and enticements.

You may perhaps see a certain desire forming within the deepest, darkest, most timorous depths of the heart:

The wish to remain neutral and to stand above it all.

To drop a few meagre crumbs upon the ground, if you cannot share the whole loaf…

But such an unrighteous sacrifice will never be accepted of you!

The regime will not accord you such a selfish whim.

And far less indeed will God, or Ha-Shem, or Allah, or Buddha, or Waheguru, or any deity you may wish to follow.

Every faith must be clear on how the stakes are.

Let us all live and work together in integrity and authenticity and in the wholeness of our own respective, individual faiths, and let’s remember that we all have one thing in common:

We have no love for any autocratic, materialistic system of oppression and of tyranny that relies on human cunning alone, and forgetting the Divine and casting aside so much that is considered by the regime to be a light matter, and of no worth.

This is what unites us.

This is the undying flame that burns in all our hearts!

Then let us look past all the barriers that are placed between our hearts, and despite the differences of our teachings and of our customs, unite ourselves together to speak and the live truth, no matter what the cost! 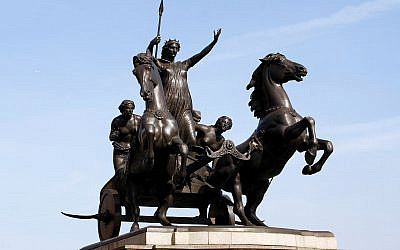 Image by Steve Bidmead from Pixabay
About the Author
Jonathan Ferguson is an honorary Yorkshireman, originally from Northern Ireland. Unfortunately however, it is utterly impossible (or at least something of a thankless task!) to note the slightest trace of Swiftian bantz and blarney in his scrupulously highminded and middle of the road prose style. He is also a Chinese graduate of the University of Leeds (BA, MA) and King's College London (PhD). On a deeper level, he is a curious mind and a recovering cynic; or to put it another way, an Orthodox Christian. His work is focused on religiophobia and the coming Age and World of post-secular pluralism and universalism. If you like (or love, or even absolutely HATE!) his work, then by all means do feel free comment on his work, or write to him in the personal comment box on his Times of Israel profile... Or alternatively, in the very worst, ne plus ultra cases of radical fanfatuation, just click "HERE" to become a Patron!
Related Topics
Related Posts
Comments