A story of “unity and conformity” in the times of Noah and beyond till today. A story of solidarity as seen for the unification for the “wrong” reasons for then but making it work for this community and through the destructive waves of today’s pandemic. 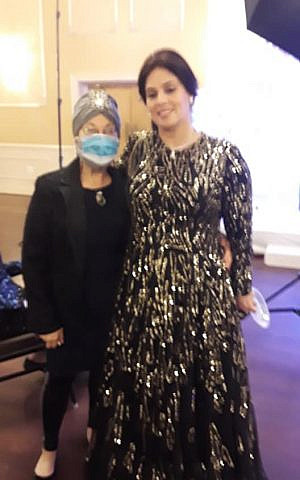 Myself and my cousin, the mother of the groom,  with permission granted for the picture taking.

When is living together, with everyone doing the same thing, the right way to live and then not? What transpires when an evil “kink” is thrown into the well-oiled machine of everyday living?

You want to celebrate but Covid 2020 prevents you from doing so.

Everyone on earth had the same language and the same words. A family of souls joining together in unity and support for the newest, soon to be couple, in the Orthodox community.

“And as they migrated from the east, they came upon a valley in the land of Shinar and settled there..in Rockland County.”

A community comes together to celebrate the new bride. The mother of the groom and grandmother of the young bride.  The family provided masks at the entrance to the social hall for anyone who wanted to take one and wear one. Masks were everywhere for the taking, if  someone desired to wear one.

People are born and die within the confines of one community. Their belief system focuses on that “We are all in Gd’s hands and when it is our time to die, our time is up. We focus on the simha. Nothing supersedes the simha. The simha of a wedding trumps all else, even a funeral and personal mourning rites.”  It is that apparent, and  especially, even more so during Covid 2020.

And they said, “Come, let us build us a city, and a tower with its top in the sky, to make a name for ourselves; else we shall be scattered all over the world. 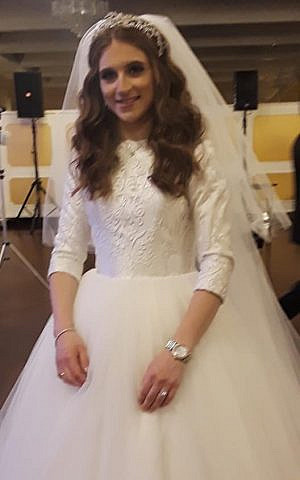 The blushing bride, ready to step into her newest role as wife and a pillar of the growing Jewish community; a stalwart, and building block.

Their thinking in building this community was to replace and replenish their numbers according to their particular dynasty’s dictates in Europe, after the destruction of their people, as a result of the Holocaust in Europe.  They chose to live a quiet and respectful lifestyle, according to their belief system. They believed that if they didn’t unite and settle in one region, that their community would remain decimated after the Holocaust with no hopes of being rebuilt.

There never can be too many to celebrate a simha.

The LORD came down to look at the city and tower that man had built,

But what happens when life throws you a curve ball? How do you respond? This is my choice, trying to follow the CDC guidelines when possible. 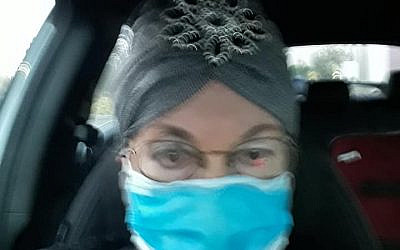 and the LORD said, “If, as one people with one language for all, this is how they have begun to act, then nothing that they may propose to do will be out of their reach.

Let us, then, go down and confound their speech there, so that they shall not understand one another’s speech.”

Thus the LORD scattered them from there over the face of the whole earth; and they stopped building the city.

So many Orthodox have died due to Covid 2020, and from different Orthodox Jewish communities as well, in New York and in New Jersey in particular,  that one wonders if the politicians are helping or hurting their situation.  Questions and eyebrows have been raised as to the prejudices hurled against the unified, homogenous communities. Although many have died ,unfortunately, there are always women getting pregnant and repopulating their numbers.( I don’t mean to sound cavalier in the least. But it is a psychological reaction to there being so many deaths in one community in such a short year’s span.)  It is not surprising to see a family of eight or more, sometimes with as many as fifteen to twenty children. The mother and sister might be pregnant at the simha of a younger sister. The young girls tend to marry at the age of eighteen or nineteen in this community. It appears that although, severe restrictions have been placed upon the community’s assembling, if the residents can find a way to keep their infection rates down, then the legislators are complacent. For example, their numbers dropped from 25% to 5% in their community. How did that happen? in what time span?  Less tested or less were showing symptoms of the virus infection?

Everyone is confused and confounded by the speeches and dictates of the politicians. This pandemic is too new to fully understand how this pandemic spreads and to what degree. Yes, it does seem to be known that if people wear masks, social distance, and wash their hands regularly, it will help to slow down the spread of this virus.  Hygiene in particular has never been an issue for any Jewish community.  According to many in this community, the sense is that the second wave of this pandemic has taken over this community but the strain of the virus has mutated to such an extent that the symptoms of this virus have weakened. People are getting sick but they feel like they have the annual flu. Plus many claim that the drug hydroxychloroquine has helped save the lives of many in this community. It definitely helped heal the grandmother of the bride. So what’s the solution for managing the pandemic for this community? This couple has found an answer that works for them. Keep on moving. Helping out where they can. Stepping in and stepping up when they are able. Pitching in, reinforcing the building blocks, the bricks, of the community in which they reside or in which they are found, for that time.  They serve as the mortar for their unique circle of community. Gd bless them and their contributions.

Who’s right? Who has all of the answers?… Only Gd knows.

With much love and Mazel tov!

rebuilding a community, with one teddy bear at a time