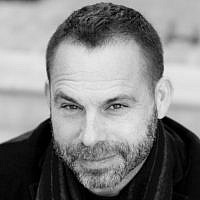 The Blogs
David Bergstein
Apply for a Blog
Advertisement
Please note that the posts on The Blogs are contributed by third parties. The opinions, facts and any media content in them are presented solely by the authors, and neither The Times of Israel nor its partners assume any responsibility for them. Please contact us in case of abuse. In case of abuse,
Report this post.

We have lost yet another of Hollywood’s Gems. As covered in my recent blog following the death of Phillip Seymour Hoffman, so many of our exceptional artists are prone to substance abuse and depression.

As I wrote then, the true artists – such as a Juilliard trained actor/comedian like Williams – are highly sensitive and frequently tortured. Artists seemed to be connected to the universe. They see not analytically or with the brain, but with the soul or the heart (or whatever you prefer to call the non-analytical part of the human consciousness). That type of connection is a birthright, which allows these special people, even at a young age, to draw from this course and express what they see as artists — comedians, singers, actors, pianists, violinists, painters — with talents that are non-analytical aspects of consciousness.

They are connected to this consciousness in ways we can’t imagine. In so doing they feel, sense, and see in extremes that we don’t. They feel things that we can’t unless we undergo the experience firsthand. They’re able to have true empathy for any situation within their consciousness because they have that connection, that extreme characteristic. Such a trait is both a blessing and a curse.

As a result, many artists such as Robin Williams have behaviors that may seem strange to you or me because they don’t function predominantly at the superficial level. They may be able to function just fine that way, but it’s not their natural tendency. This burden often tortures these artists and history has shown that they frequently resort to substances in order to mollify that burden. Substance abuse leading to unfortunate overdoses, crippling depression and suicide can be a common result.

Robin Williams had admitted to a relapse with alcohol while filming in Alaska in 2003. In an interview with The Guardian, Williams stated, “I was in a small town where it’s not the edge of the world, but you can see it from there, and then I thought: drinking. I just thought, hey, maybe drinking will help. Because I felt alone and afraid. It was that thing of working so much, and going f—, maybe that will help. And it was the worst thing in the world.”

We all battle demons, and many of us either know someone who has struggled with depression and addiction, or have experienced it firsthand. However, most of those individuals arrive at such a low place due to a struggle for their own survival. Those like Williams become overwhelmed as a result of feeling the pain and horror affecting so many others on mother earth.

In recent interviews and conversations, Robin Williams expressed how atrocities occurring around the world had affected him on a personal level. For the majority of us, we watch the news and see reports of genocide, famine, and tyranny every day. But our common reaction is to take a side in terms of who is right or wrong, and then carry on with life. As these atrocities are not occurring in our backyard, and often take place halfway around the world, we remain detached from their effects.  As Joseph Stalin said, “the death of one is a tragedy and the death of many is a statistic.”

But for artists such as Robin Williams, who experience feeling and empathy on a completely different level from the masses, the horrors of the world can profoundly affect their everyday lives. For someone so finely tuned-in to what is happening at a human level, how difficult must it be to experience the pain of, for instance, the ISIS slaughtering hundreds in Iraq merely for identifying as a Christian? To see countless mass shootings throughout the United States, and experience such a heightened state of ultra-sensitive emotions and feelings each time could easily be depressing and ultimately debilitating.   It would be unbearable if we were to personalize these atrocities and put ourselves in the place of the victims with the sincerest of empathy. Imagine if a person close to you – a child, a parent, a sibling, a childhood friend – were tortured and murdered in the manner that has become so prevalent in areas like the Mideast. Imagine how you would feel, and then imagine if this were to repeat daily. How else could one function other than to become numb, often by way of substance abuse? Understanding and appreciating the complexities of such individuals makes it easier to empathize with why they eventually succumb to suicide (both accidental and intentional).

And whether it be Robin Williams, Philip Seymour Hoffman, Tony Scott, Whitney Houston, Amy Winehouse, Kurt Cobain, Marilyn Monroe, or the myriad other artists who have struggled with and succumbed to demons such as depression and addiction, we should strive for empathy, as they did, at a time when such a monumental loss is experienced.

There is no overstating the depth of Robin Williams’s talent, nor the position he will forever hold within the zeitgeist of contemporary entertainment and comedy. His death is a tragedy, as his life was such a blessing to so many.

About the Author
David Bergstein is a financier who specializes in locating, securing financing for, and restructuring companies which are undervalued, distressed, and have complicating or litigious factors in their history. He is known for his talent in accurately predicting trends and recognizing opportunities to restore and reposition businesses. With experience in numerous fields including: Internet, medical, distribution, biomedical, film and many more, Bergstein is a leading expert in the field of financing. Bergstein is also an investment banker and entrepreneur, having purchased and grown several companies such as De Lane Lea, a formerly insolvent London post-production facility which he turned into a thriving and profitable enterprise in less than five years, eventually selling it to Warner Bros. Born August 9, 1962 in New York City, Bergstein grew up with an incredibly influential father, a Holocaust survivor who overcame great adversity in his life. His father became a renowned engineer, patenting inventions such as the Zoom lens and pioneering research which formed the basis for the fiber optics industry. After graduating high school early, Bergstein attended the Polytechnic Institute of New York University (now NYU) where his father was a professor of engineering. During his time at Polytechnic, Bergstein earned a B.S. in pre-med with a math minor, and then attended law school at Cardozo University. While in law school he worked at Solomon Brothers under Joseph Stechler, and later as a research analyst at Bear Sterns, spending the majority of his time locating, analyzing and reporting on undervalued situations. In 1984, Bergstein moved to California where he began buying and selling real estate, eventually progressing into real estate development. He enjoyed remarkable economic success during this period, and further developed his exceptional ability to identify assets with latent potential for growth. Around the time of the housing market collapse, Bergstein switched gears and began applying his transactional skill set to the business world. Bergstein then acquired a company in the Garment District in Downtown Los Angeles. He revitalized the company back to profitability and sold it within a year, marking the beginning of his success as a financier. In 1994 Bergstein formed Graybox, which later became Cyrano Group Inc. Gyrano Group frequently invests the majority of capital required for its transactions, and is capable of acting as both an effective broker and in a consulting capacity, providing specific services which may be unrelated to capital investment. As company CEO for the past 20 years, Bergstein has handled a wide array of transactions, spanning many fields and ranging in size from $5 to $1.5 billion. Bergstein founded the Leonard and Sarah Bergstein Learning Center at the Conejo Jewish Academy, in honor of his parents. He serves on the Board of Directors for the Sherriff’s Youth Foundation of Los Angeles County, an organization dedicated to offering homeless and disadvantaged youth safe facilities and resources. Bergstein also serves on the board at the Grossman Burn Foundation, a nonprofit organization dedicated to promoting effective solutions for comprehensive treatment, care, financial aid and support of burn survivors and their families.
Comments