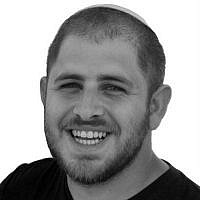 The Blogs
Gabriel Chocron
Apply for a Blog
Please note that the posts on The Blogs are contributed by third parties. The opinions, facts and any media content in them are presented solely by the authors, and neither The Times of Israel nor its partners assume any responsibility for them. Please contact us in case of abuse. In case of abuse,
Report this post. 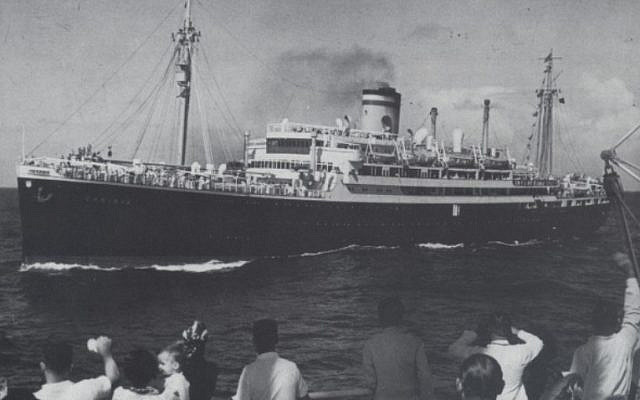 It was a dark night, after a difficult journey in an unforgiving weather. They had crossed the ocean from Hamburg escaping Hitler and they had reached their destination but, surprisingly, because of not getting the necessary authorization on time, they had to embark on a journey that was going to take them back to the Nazi terror in Europe.

They were already on high seas when they received the most important news of their lives: President Eleazar López Contreras had authorized their entry into the country. The ship turned around and headed back to the shores of Venezuela.

But on arrival there was not enough light to dock and, once more, when uncertainty took hold of the passengers, the solidarity of the Venezuelan people came to the rescue: the whole town of Puerto Cabello lit up to help the ship, and vehicles approached the pier to illuminate it with their headlights. Thus, on February 3, 1939, 86 Jews arrived to Venezuela on board of SS Caribia and were rescued from the Holocaust.

A few weeks later another ship, the SS Konigstein, rejected from different Caribbean Islands, arrived to Venezuela with other 165 Jewish passengers from Europe.

This land of promise became a welcoming home for thousands of Jews who built there their houses, thrived and helped the country thrive.

Venezuela was considered the paradise of opportunities: the world’s largest oil reserves, a nation of immigrants committed with the future, a vibrant economy and a caring society. In 1950 it was even considered the fourth richest country on earth (based on its GDP). But with the passing of decades and governments, the country is now plunged into an unimaginable humanitarian tragedy.

It has become easier to make a list of things that you can find in Venezuela than of those that are scarce. The country with the largest oil reserve now needs to import gasoline to supply the population. Hospitals collapse due to lack of resources, insecurity threatens everyone and many starve, unable to get the necessary food.

Over 5 million Venezuelans (more than 15% of the population) have emigrated or have become refugees in other countries around the world. Many of them fled on foot through irregular routes to seek refuge in neighbouring countries. Along the way they have been victims of traffickers, armed groups and diseases. Others have desperately chosen to flee in inappropriate boats.

The case that most illustrates the sad situation that Venezuela lives happened a few weeks ago: at least 20 Venezuelans tried to flee the country to Trinidad and Tobago in a small boat, shipwrecked on high seas and are no longer among the living.

The country that over 80 years ago welcomed boats full of Jews that fled Europe, today sees its people shipwrecked while trying to escape their tragedy.

About the Author
Born and raised in Venezuela, living in Israel for more than a decade. Served at the IDF as Public Diplomacy Director of the Civil Administration in COGAT, co-founder of Conexion Israel and has worked for over 4 years as an external advisor for the Israeli Ministry of Foreign Affairs in Digital Diplomacy for the spanish-speaking public around the world.
Related Topics
Related Posts
Comments