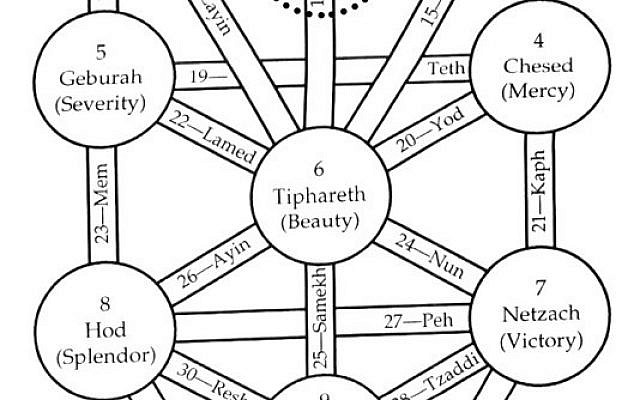 It’s a question that newbies often cannot get a straight answer to:

Which Tree of Life is the oldest?

There are several main versions of the Tree of Life that belong to different schools. Each one has different letter attributions and different shapes, so it can be difficult for the new student to decide which one they should be working with. We’re going to look at the history and development of each one and assess their merits. 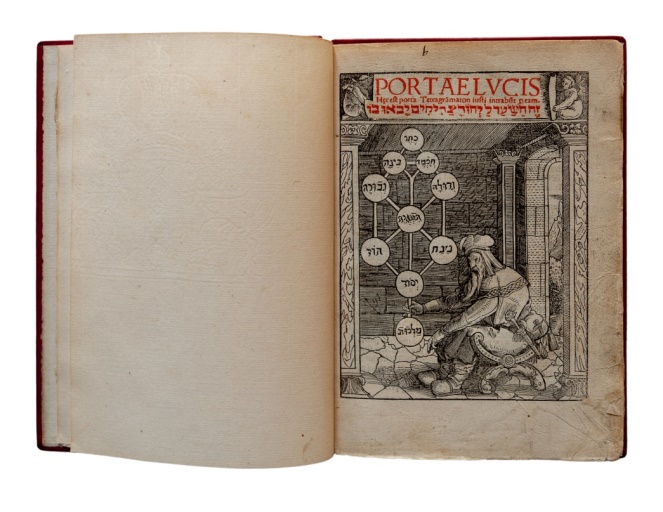 In 1516 a diagram of the Tree of Life was drawn by Johann Reuchlin and it came to appear on the cover of Paolo Riccio’s Latin translation of Joseph Gikatilla’s Gates of Light.

Though a Christian, Reuchlin could not accept the authority of the Vulgate and was fascinated with Kabbalah. He spent most of his career focused on advancing German knowledge of Greek and Hebrew and he would become a leading figure in the fight against the proposed confiscation of Jewish books. Johann’s depiction of the Tree shows 17 of the 22 paths and lacks the letter attributions. He had visited Rome in 1498 and had returned to Stuttgart laden with Hebrew books. His drawing visually expresses concepts he had likely only heard about those manuscripts.

In 1573 Rabbi Chaim Vital wrote about the teachings of his master the Ashkenazi Rabbi Yitschoq Luria (the Ari), and published a literary work on Kabbalah called Etz Chaim (עץ חיים). It includes a drawing of the Sephiroth but shows no paths between them. Interestingly, in the original manuscript the sphere of Tiphareth is not included but Da’ath is.

The usual design that is associated with the Ari includes both Da’ath and Tiphareth; it excludes the paths between Malkuth, Hod and Netzach and adds two extra paths between Geburah and Chokmah, Chesed and Binah. Furthermore, there is no natural resonance with the seven palaces. Though generally ascribed to the Ari, the provenance of this tree is unproven and now Kabbalists use both trees in their studies. 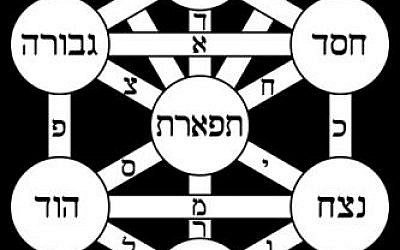 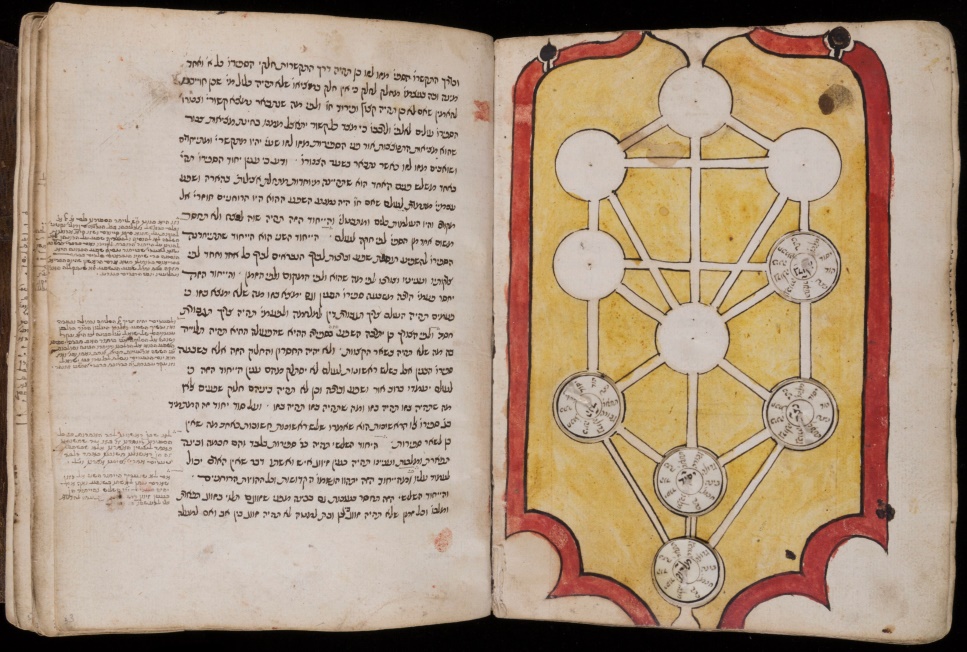 In 1592 an unknown artist depicted a Tree with 22 paths, and a picture of it was printed in the posthumous editions of Moses Cordovero’s Pardes Rimonim. The artist drew the same shape as the later Kircher Tree (sans the path of Peh), but the letter attributions were absent. 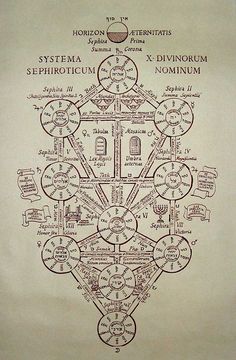 Between 1652 and 1654, Athanasius Kircher (German Jesuit scholar and polymath) published a version of the tree in Oedipus Aegyptiacus. Kircher was an interesting man. He was instructed in Hebrew by a rabbi and he taught mathematics and Hebrew at the  University of Würzburg.

Kircher drew a Tree that was of the same shape as the one which appeared in Pardes Rimonum, but it included the letter attributions as well as some astrological features. It was the first time that anyone had published a version of the Tree with letters on it.

Kircher probably received some secret teachings from his Rabbi but because he believed Kabbalah could explain the mysteries of Christian religion he had no motivation to keep it secret. However the Seven Palaces remained hidden and outside Jewish circles few suspected that the Tree had begun its existence as an elaboration of the Seven Palaces.

The Seven Palaces and the Tree of Life 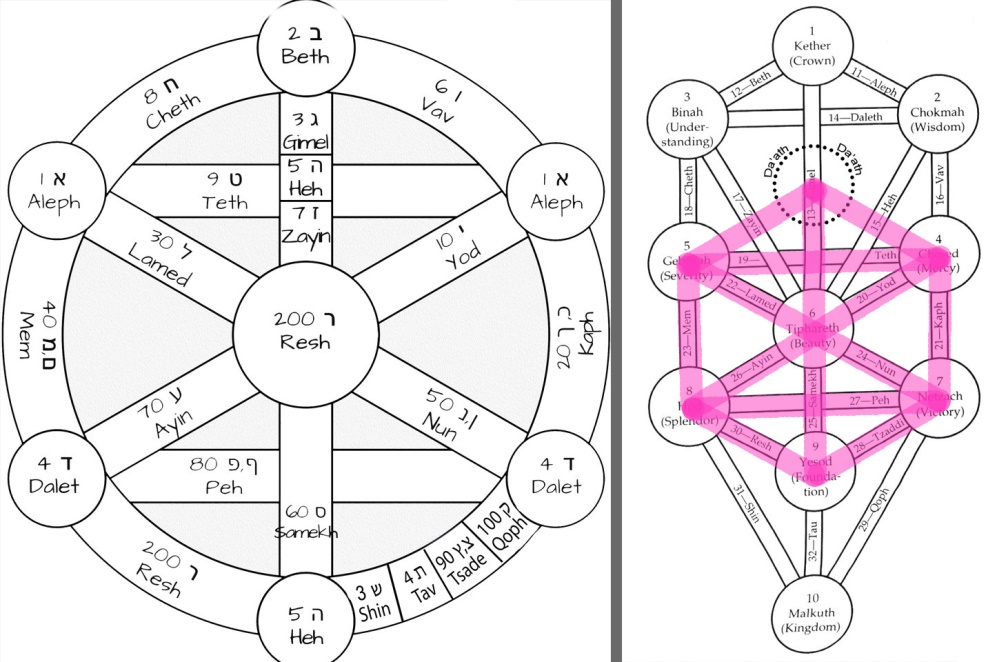 So which one is most authentic?
Because every Tree but one is derived from the Seven Palaces, (which has a truly ancient providence) all of them qualify as authentic to the tradition, albeit that many of them appear with concealing quirks.

Consider how the Trees were derived from the Seven Palaces:
The Palace of the Beth had been split up into the supernal sephiroth of Kether, Chokmah and Binah. The Palace of the Heh had been divided into Yesod and Malkuth. The letters of the Palaces were redistributed onto the Tree, and paths that had included several letters were distributed evenly into separate paths. However even with this redistribution there were 14 paths (out of 22) on the Tree that retained their original letter attributions. There was a clear lineage for the tree and either Rashbi, Moses de Leon, or possibly his translator Christian Knorr von Rosenroth (it is not certain who), left a little riddle[1] in the annotations of the Zohar that gave cryptic instructions on how one would go about turning the Tree back to the Seven Palaces.

Rabbi Eliezer Tzvi wrote the following about the Sefer Dtzeniouthia in his text Zohar Chai:

Sifra diTzni’uta was composed by Rashbi […] and he arranged [it] from baraitas that were transmitted to Tannaim from mount Sinai from the days of Moshe.

Although claims such as these tend to be dismissed by modern historians, there is some truth to this because the Sefer Dtzeniouthia addresses the ancient knowledge of the Seven Palaces and the riddle shows an insider’s perspective.

But what is to be understood by that passage–“And they that despise Me shall be lightly esteemed?” Such an one is that man who can neither institute the union of the Holy Name, nor bind together the links of truth, nor derive the supernals into the position required, nor honour the Name of his Lord. Better were it for that man had he never been created, and much more for that man who doth not attentively meditate when he saith Amen! ~ The Sepher Dtzeniouthia, translated by S. L. Macgregor Mathers (1887).