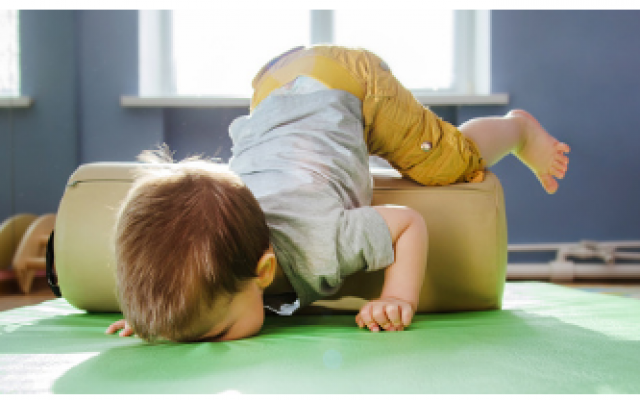 Once a Chassidic student went to his Rebbe and asked, “What is the point of asking God for forgiveness when we know, and certainly God knows, we will fail again?”

The Rebbe told his Chassid, “The point is not so much that the child falls because that is natural. The lesson is to see the child stand up once more each time he falls. “

“Our hope and prayer on Yom Kippur—and, for that matter, every day, which is a miniature day of judgment—is that God grants us the ability to stand up just one more time, every day.”Every time we do so, we take another step and strengthen our muscles so that we fall less often and stay standing for a longer period of time. ”

The Book of Nechemia tells us the entire congregation who returned to Israel after the destruction of the first Temple in 587 BCE made Sukkot (huts), together with Ezra the scribe in 458 BCE. They sat in them, and the joy was in an abundance not seen since the times of Joshua… 1500 BCE!

So, for over one thousand years that Sukkot was being celebrated, as attested by the prophet, this intensity of festivity and joy was never celebrated before? How is that possible?

On the path of serving God, some never break the law (almost never), and some are learning from their mistakes and constantly re-evaluating and improving their thoughts, speech, and actions.

Which of the two has greater value in the eyes of God?

The one who walked the path of the righteous and never got off track, and who has always moved forward? Or, the one who has stumbled and failed along the way, has detoured, been delayed, bruised, and bumped?

Our sages tell us, “In the place of a returnee (repentant), even a great righteous man cannot stand.”

The person who gave in to his temptations has tasted the superficiality of a selfish lifestyle, tasted failure, and experienced the epiphany of knowing the difference between living a worthwhile life and just living to push time along. This realization and the strength to overcome old habits make this person far more understanding and far stronger and endows him with a far greater depth and breadth of knowledge than the person who never failed.

The generation of Joshua was that of the righteous. They entered into the covenant with God on the plains of Moav, and they were motivated by the experience of their own eyes, which saw Godliness, to observe all that was written in the Torah. When they entered the land of Israel, they were on a very high spiritual level.

The people who went back to Jerusalem did so after the destruction of the Temple and the harsh exile in Babylon. These things happened to them because they rebelled against God, as the prophet Jeremiah had warned them many times.

When they finally realized their folly and decided to change, they returned to Jerusalem to build the second Temple. Their joy was much greater and more profound than what Joshua’s generation could have known or understood. This was because of the hardships they endured. They saw the bad and were now using all of it as a springboard to begin anew. They experienced deep darkness and appreciated the value of light like never before.

That is why they celebrated the holiday of Sukkot with “tremendous great happiness and joy” more powerfully and passionately than ever.

The holiday of Sukkot comes after the repentance and introspection of Rosh Hashanah and Yom Kippur. That is why the Torah tells us three times to be happy on this holiday. The happiness after one has failed and rehabilitated themselves is far greater than any other holiday.

Rabbi Sar Shalom of Belz once said, “I am not able to fully explain the deep understanding of the dancing on Simchat Torah. But one thing one must know: any prayers that cannot ascend (to God) throughout the year will go up on this day through dancing (and the joy of this holiday). ”