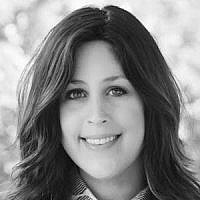 The Blogs
Leah Damski
Apply for a Blog
Advertisement
Please note that the posts on The Blogs are contributed by third parties. The opinions, facts and any media content in them are presented solely by the authors, and neither The Times of Israel nor its partners assume any responsibility for them. Please contact us in case of abuse. In case of abuse,
Report this post.

Like hundreds of other Jewish students who passed through Tulane University in New Orleans in the eighties and nineties, I was deeply affected by Rabbi Professor David Kaufmann, the emissary for student affairs at the campus Chabad House.  He was a teacher, rabbi, father, grandfather, and prolific writer.  He passed away in March after a long battle with cancer.

David sparked the inclination of so many towards a greater commitment to Judaism, and he became a mentor in ways that we don’t usually associate with a typical mentorship.  There were no artificial or ephemeral feelings about the relationships David had with his students.  He was more than just someone to provide professional connections or to act as a sounding board for career paths.

I recall the day I met David, a typical, drizzly New Orleans afternoon when I arrived as a freshman in the mid-nineties.  Swampy air filled every corner of the campus and turned my hair into a nest of frizz that quickly became enough hair for two or three heads.  Everything was new.  I looked for something familiar to hold on to.

I felt compelled to go to the Chabad House Jewish Student Center on orientation day because I had just finished up a summer working as a camp counselor at a day camp run by the same organization in Raleigh, North Carolina where I grew up. There my eyes were opened to aspects of Judaism I didn’t even know existed.  I couldn’t believe I was Jewish and didn’t know what was going on around me half the time.  This had piqued my interest and is ultimately what pulled me back to Chabad that first week in New Orleans.

Immediately, I was greeted by David.  His gentle, humorous way put me at ease.  He explained how he and his wife, Nechama, host students for the Shabbos meals each week. And that’s where it started.  For the next four years, I along with many others, both undergraduate and graduate students, spent almost every Friday night and many Saturday afternoons gathered around the Kaufmann’s Shabbos table with lively conversation, the laughter of their many children, tasty and traditional Jewish foods, and a level of comfort with Shabbos that would carry me into my adulthood.

Even though I would spend these Shabbos dinners with David and his family, like most typical college students, I would go out on the town or to social events afterwards.  I was heavily involved in my Jewish sorority, intramural sports, and other campus organizations.  It wasn’t until my senior year that David and I sat on the front steps of the Chabad House on a hot autumn afternoon.  We were schmoozing and then he just came out and asked me, “Nu?  Have you thought about keeping Shabbos?  I mean really keeping Shabbos.”

According to Jewish law, observing the Sabbath means refraining from electronics and the like, as well as a host of other activities categorized in the Torah as “work.”  It’s also a wonderful opportunity to unplug from the busyness of the world and spend quality time with family and friends.  But it’s no small commitment.

I didn’t know how to reply to his question.  His kind eyes peeked out from above a wiry beard as they always did.  Students rushed past us on their way to classes, distracting me further.  Somehow, the answer was “no.”  I hadn’t really, truly thought about it.  I was comfortable in the routine I was in and didn’t consider stretching past that until now.  As he waited for my answer, I suddenly knew with full clarity that it was something I had wanted to do for a while and appreciated him nudging me forward.

David helped me realize that even though certain Jewish customs felt so far removed from the way I had grown up, they were more relevant than ever in our world.  He was laid back with a good sense of humor.  His sincerity was profound– I think it’s what allowed students to open themselves up to new possibilities in their lives Jewishly.

And that’s one of the things I will remember most about David Kaufmann.  There are a special few people in your lifetime who allow you to be a certain way that you can only be when you’re with them, offering  a kind of buoyancy that sustains you.  And when a person like that leaves this world, they take that “you” with them. It was the “me” that was discovering an inspiring new way of life, the “me” that was starting to identify as an adult, and a large part of that identification process was my blossoming Jewish observance.  Now, that piece of me feels gone too, which is ultimately what’s so difficult here on a personal level.

Though David’s entirety in those years was dedicated to student affairs, coordinating kosher meals, setting up information booths on campus, holiday events, and of course the weekly Shabbos table invites, he was also an adjunct professor at Tulane in both the English and Jewish Studies departments. Jewish and non-Jewish students alike were profoundly affected by him, as was evident from his Facebook page as he battled through cancer.

David showed me and countless other students who were involved at Chabad, the beauty of Judaism, the blessings of raising an observant Jewish family, and the timelessness of the Mitzvos.  And by the time I was ready to graduate, my years at the campus Chabad House and with the Kaufmann family had become the core of my college experience rather than the backdrop.

After college, I went to Israel where I studied Judaism for a year, met my husband, and we had our first child.  Several years later, as I was applying to MFA programs for Writing, David, an incredible poet and writer himself, generously wrote me a recommendation and we vowed to stay in better touch. We’ve exchanged many writing projects over recent years and just in the weeks before he passed, he rushed to complete a third installment of his “Scotch and Herring” mystery series.  It was as though he knew.

His generosity and mentorship was real and went beyond the realm of his love of teaching Judaism.  He helped the students in any way he could, even when unrelated to anything Jewish.  Once he helped me fight a speeding ticket, he helped a student with an abusive roommate immediately find another place to live, and most vivid in my mind was when a fellow student was in a life-threatening accident during Mardi Gras.  David was at the hospital, bedside with him, almost daily.  He would pack his van with other students and take us to visit this fellow classmate who ultimately took many, many months to recover.  There’s no doubt in my mind that David’s frequent visits lifted him emotionally and helped with the healing process.

The book David recently finished writing, the third installment in a series, clearly ended with a fourth installment in mind.  It saddens and frustrates me that the next story will never come to fruition.  That’s yet another thing David took along with him when he passed—his stories and his characters.  Characters that I truly cared about.  This speaks to his talent as a writer and the nuanced way he understood people in general.

Over two years ago, David was kind enough to read through a novel-length piece I’ve been struggling with for a while. It was a big commitment, especially since he had already started feeling poorly, though he hadn’t been diagnosed yet.  His feedback came mostly in the form of questions that made me look at the work with fresh eyes and a new approach.  That was part of his genius as a mentor—allowing his students to think critically.  The balance between being prescriptive and giving them space to grow.

Stereotypically, we think of a mentor as something we can choose, like a pair of socks, or an ice cream flavor.  But now I see that it’s something that chooses you.  If it’s real, it’s deep and lifelong.  And it was a gift from David shared by so many.  For me, he managed to support and help me grapple with two of the most important things in my life today—my Judaism and my writing.

Every Friday night, at 1832 Pine St., New Orleans, Louisiana, a devoted father and husband embraced his Judaism and conveyed this love organically to others.  Though the house was filled with the happy voices of his many children and was often overcrowded by his students, each person felt welcome and important.  Now, I can only hope that I make my Shabbos guests feel as special as David and Nechama made theirs feel.  I’m glad I experienced the power of what a true mentor can give and how to give it.  It’s what will live on through the hundreds he connected to over the years, around our Shabbos tables, encircling all our memories at Tulane.

About the Author
Leah Damski holds an MFA in Creative Writing from Columbia University in New York. Her work can be read most recently at The Rumpus, Tablet Magazine, The Jewish Week, and The Jewish Journal, among others.
Related Topics
Related Posts
Comments