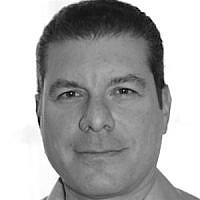 The Blogs
Arnie Singer
Apply for a Blog
Advertisement
Please note that the posts on The Blogs are contributed by third parties. The opinions, facts and any media content in them are presented solely by the authors, and neither The Times of Israel nor its partners assume any responsibility for them. Please contact us in case of abuse. In case of abuse,
Report this post.

A list of 160 rabbis from 24 countries was released to the press over the weekend. The list is allegedly a blacklist of rabbis whom the Chief Rabbinate does not trust to verify the Jewish identity of immigrants. Ashkenazi Chief Rabbi Lau has denied any knowledge of the list and has strongly reprimanded the Rabbinate employee who leaked it to the press.

The Reality
When someone immigrates to Israel (aliyah), in order to obtain automatic citizenship under the Law of Return, he must obtain a letter from a rabbi confirming that he is Jewish. A letter from a Reform or Conservative rabbi of a synagogue or institution is acceptable for the purposes of obtaining citizenship. The Israeli rabbinate does not have jurisdiction over citizenship (at least not yet).

If a person converts outside of Israel under the auspices of a recognized Orthodox or non-Orthodox rabbi, the convert is eligible for citizenship under the Law of Return. The ultra-Orthodox parties are backing a law in the Knesset that would give the Chief Rabbinate sole authority over all conversion conducted in Israel. But the law does not effect conversions done outside of Israel.

Since the Rabbinate does have jurisdiction over marriage and divorce, the issues of acceptable rabbis and Jewish identity arise when the person in question wants to register for marriage with the Rabbinate. In order to do that he (or she) must bring proof of Jewish identity. At that point, the Rabbinate can demand evidence based on its own standards. Hence, the “blacklist” of rabbis who do not meet those standards.

Regarding the “blacklist”, the overwhelming majority of the rabbis on it are affiliated with the Conservative or Reform movements, which we already know the Chief Rabbinate does not recognize.

The uproar is apparently regarding the dozen or so US Orthodox rabbis on the list. Almost all of those rabbis are not accepted as members by the RCA (Rabbinical Council of America), which is the primary Modern Orthodox rabbinical umbrella organization, usually because of the quality or source of their rabbinic ordination or affiliations. For example, graduates of the Chovevei Torah are not eligible for RCA membership.

So while this “Blacklist” story makes a great headline and does much to create hatred and dissension within the Jewish community, it really isn’t anything new and doesn’t have much practical effect. (Fake news??)

Obviously, the story doesn’t help the Chief Rabbinate’s PR, but after the freezing of the Western Wall agreement and the push for the Conversion Bill, it doesn’t seem like PR is the Rabbinate’s top priority.

About the Author
Arnie Singer is a writer, rabbi, marketer and founder of IsraelAM, a daily Israel news email that you can read in less than 2 minutes. He believes in balanced reporting and telling it like it is.
Related Topics
Related Posts
Comments