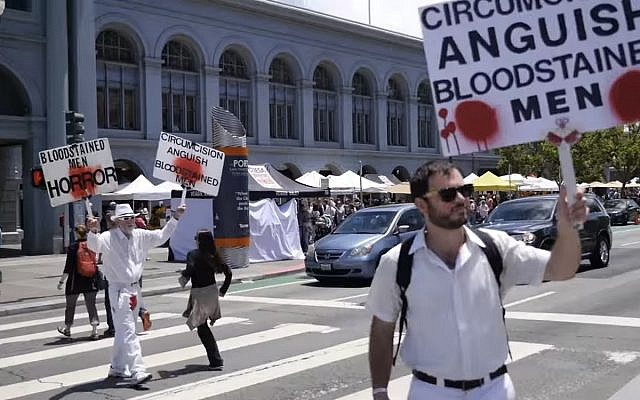 Brit Milah is once again under attack. It has been for some time now. But there’s a fundamental shift underway. The anti-circumcision movement has been gaining steam all over the world, from America to most of Europe. So, what has changed? The movement has truly arrived in Israel, and that should make all Jews everywhere deeply concerned.

In a recent Maariv article entitled ‘A Small Truth Will Stand Upright: What Are The Reasons Behind The Opposition to Circumcision?’ Arnon Natan begins by asking the question we all should be asking: ‘Why do we perform this Mitzvah?’

Brit Milah, at first glance, seems difficult to comprehend. Of course, who would ever want to inflict pain on an infant? But one needs to take a more nuanced look at our ritual to really understand what is at stake.

Natan touches on many issues in his piece and each requires careful consideration. The first is the issue of post-procedural complications. Complications in circumcision are something that no one wants to think about or even worse experience. But the statistics show that complications occur at a staggeringly low rate:

“The rate of procedure-related complications during and after circumcision in the neonate is approximately 2 to 6 per 1000. This rate increases 20-fold for boys who are circumcised between one and nine years of age, and 10-fold for those circumcised after 10 years of age.

Perhaps more important than the low frequency of occurrence is the rate at which the likelihood of complications increases with age. Any medical professional will tell you that the safest time to perform a circumcision is as young as possible — that is, around eight days of age. And that’s not even taking into account the barbaric nature of an individual having to go through the procedure later in life.

The issue of whether or not a child is labeled as ‘different’ if he is not circumcised is a poignant one, especially within the Jewish community. Brit Milah is so prevalent in our community, one study reporting, that 91.7% of boys in Israel were circumcised in 2016; if parents choose not to circumcise their children, then they would indeed be different in that respect. But I am not making the case that one should circumcise to avoid uncomfortable moments; still, such a reality will inherently distinguish the child from the rest of the community.

Most of the rhetoric in Nathan’s article echoes the language of the anti-circumcision movement worldwide. Such groups actively choose to ignore facts or scientific data in their obsession to end neonatal circumcision. One of their major claims is that the foreskin contains 20,000 nerve endings. This piece of data is a major leap from a limited amount of information gathered in a study done by Henry C. Bazett in 1932.

“Bazett counted 212 nerve endings of all types in a single square centimeter. Only 2 of the 212 nerve endings were fine-touch receptors […] and none were genital corpuscles, the ones that most experts attribute to erogenous sensation.”

The anti-circumcisionists simply took the number Bazett found, measured the area of the skin which is generally removed in the procedure and multiplied. But there have been no studies done to measure the actual number of nerve endings in the region. This article does an in-depth analysis of the issue of sexual sensation in the foreskin. The article concludes that there is no basis for the claim that the removal of foreskin leads to a decrease in sexual sensation.

Natan also contends that there is an ethical violation of consent when it comes to Brit Milah. If it were true that the procedure could not be done without the child’s permission, then we would have many other problems on our hands. We couldn’t vaccinate our children or even fix a cleft palate.

Neither of these is, nor should they be, heavily debated topics. Parents make decisions for their children at every step of the way — it’s called parenting. And if we refrained from making such choices because in the future our children might disagree with our verdict, then we wouldn’t even be able to choose the schools they attended.

In truth, I couldn’t agree more with the main premise of the article. The point that we should all seriously weigh what we do with our child’s body is 100% correct. But I disagree with the article’s conclusion. This careful consideration shouldn’t lead parents to dismiss circumcision; it should lead them to choose the correct mohel.

Circumcision may be the most challenging of our Mitzvot, but that doesn’t make it inherently wrong. When we narrowly view the experience of the child, it’s no wonder some recoil from the act. But Brit Milah is and always has been the fundamental Mitzvah that has bound us as a people for thousands of years. It has defined and preserved our identity throughout time. If we zoom out from the experience of the baby and see the broader picture of how important the ritual is to us as a nation, then it seems to me that the momentary pain a baby experiences is a small price to pay for the continuance of our own existence as a people.