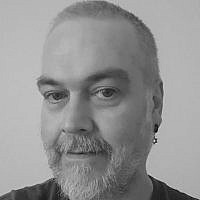 The Blogs
Ben Salfield
International classical musician, antisemitism campaigner and political commentator
Apply for a Blog
Please note that the posts on The Blogs are contributed by third parties. The opinions, facts and any media content in them are presented solely by the authors, and neither The Times of Israel nor its partners assume any responsibility for them. Please contact us in case of abuse. In case of abuse,
Report this post.

Ben Salfield suggests that the traditional story of slavery is a myth that simply does not tell the whole uncomfortable story about the horrific trade in people that affected people across the world – whatever the ethnicity of the slaves and their traders.

Afro-American history began with the slave trade – perhaps the cruellest invention of humankind. This most appalling trade in misery is surely about as far removed from modern ideals of civilisation as anything can be.

Yet to think of white people purely as the oppressors and black people as the oppressed is a big mistake. Any cursory examination of the history of slavery from the Middle Ages to the present day immediately shows up countless flaws in the idea of blaming white people exclusively for this most diabolical of trades. The problem is, if a lie is repeated a thousand times, it becomes a new and often dangerous pseudo-truth designed to appeal to the masses. In my opinion this is happening right now across the world.

Slavery was never a racist endeavour; rather, it has always been about capitalism and subjugation. As I will explain, black Africans neither have the monopoly on being enslaved nor have they all been innocent by-standers in this whole sorry business.

Slavery has existed at least since the Sumer civilisation, around 3500 BCE, and is even mentioned in the Bible. All the great civilisations owned slaves, including the Romans, Ancient Greeks and Egyptians.

Prior to the transatlantic slave trade, it was in fact Arabs from the Barbary Coast – modern-day North Africa – who were easily the biggest players in human trafficking. The word “slave” comes from “sclavus”, meaning “Slav”. In the area around modern-day Bosnia, constantly warring Slavic tribes were only too happy to sell their defeated enemies into bondage. These unfortunates were often transported by Venetian traders to Arab markets in Southern Spain, North Africa, the Middle East and Arabia. In addition, the Arabs ruled the seas in lateen-rigged xebecs and oared galleys, and for hundreds of years raided countries along the Mediterranean coastline to round up innocent people – even going as far as Cornwall on the South West tip of England. So for hundreds of years in the Mediterranean, Arabs forcibly took people from their lands, and white people sold other white people both to each other and to Arabs.

The Barbary slave trade even features in Samuel Pepys’ diary. An an entry from 8th February 1661 reads:

…went to the Fleece Tavern to drink; and there we spent till four o’clock, telling stories of Algiers, and the manner of the life of slaves there! And truly Captn. Mootham and Mr. Dawes (who have been both slaves there) did make me fully acquainted with their condition there: as, how they eat nothing but bread and water. … How they are beat upon the soles of their feet and bellies at the liberty of their padron. How they are all, at night, called into their master’s Bagnard; and there they lie. How the poorest men do use their slaves best. How some rogues do live well, if they do invent to bring their masters in so much a week by their industry or theft; and then they are put to no other work at all. And theft there is counted no great crime at all…

The extent of Arab domination of the slave trade at this time is evident by the sheer number of humans trafficked: estimates suggest that they transported around 1.25 million white European Christians between 1530 and 1780 – so one can safely double that figure for the period between the 9th and 19th centuries. In Algiers alone during the early 19th century, 1.5 million European Christians were enslaved, leading to the British and Dutch bombardment of Algiers in 1816. 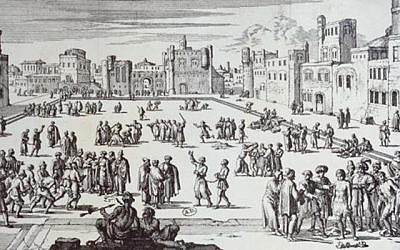 Black people had an even worse time at the hands of Arabs. As Elikia M’bokolo wrote in Le Monde diplomatique in 1998:

The African continent was bled of its human resources… At least ten centuries of slavery for the benefit of the Muslim countries. Four million enslaved people exported via the Red Sea, another four million through the Swahili ports of the Indian Ocean, perhaps as many as nine million along the trans-Saharan caravan route, and eleven to twenty million across the Atlantic Ocean.

The elephant in the room is that slavery has always been – and remains today – a way of life in many African countries. Not only did West Africans enslave their defeated rivals and use slavery as a form of punishment, but they were also facilitators of the early transatlantic trade by selling other black people to European slavers. Black Africans provided the supply that satisfied the demand – selling other black people both to each other and to white people. While white Europeans eventually dominated the transatlantic slave trade, at least a dozen West African kingdoms, imamates and empires carried out countless raids in the interior of West Africa to provide their fellow Africans for sale. Had they not done so, the transatlantic trade in misery could not have been the success that it was, as the life expectancy of a white person in non-coastal regions of West Africa was around twenty-four hours.

Dahomey was one of the principle West African slave states. In the 1840s, thirty years after the UK outlawed slavery, King Gezo said:

The slave trade is the ruling principle of my people. It is the source and the glory of their wealth…the mother lulls the child to sleep with notes of triumph over an enemy reduced to slavery.

At the time that slavery was abolished in the UK, the King of Bonny (now part of Nigeria) was angered when the Royal Navy was deployed to prevent slavers from the US, West Africa, Arabia and the rest of Europe:

We think this trade must go on. That is the verdict of our oracle and the priests. They say that your country, however great, can never stop a trade ordained by God himself.

Shockingly, by 1830 the US census listed 3,775 “free Negroes” as owning a total of 12,760 slaves. So, having been freed from the evil of slavery, they themselves owned an average of three to four slaves each. Indeed, the first person to have his lifetime ownership of a servant sanctioned by a court in the United States was a black tobacco farmer called Anthony Johnson.

In modern times, Africa has continued its horrific record on slavery. When British rule was imposed on Northern Nigeria at the start of the 20th century, up to 2.5 million people there were slaves; and as late as 1942, the Anti-Slavery Society estimated that 2 million people were slaves in Ethiopia. In parts of Ghana today, a family may be punished for an offence by having to turn over a virgin female to serve as a sex slave within the offended family; and not only there but in Togo and Benin, shrine slavery still exists – virgin girls being sexually abused by priests and providing free labour for the shrine.

In 1999, Middle East Quarterly reported that up to 200k people were abducted as slaves in the Second Sudanese Civil War, and 20% of the population of Mauritania is currently enslaved according to the Global Slavery Index. It is also estimated that 8% (around 800k) of the Nigerian population lives in slavery, while the US State Department estimates that around 109k children work as slaves in West African cacao plantations. To Africa’s shame, half of the world’s “top ten” slave nations are from that continent.

All of this simply makes the idea of apology and reparation purely from white people towards black people a nonsense. Whether white, black, Arab, European and African: “back along”, as we say here in Cornwall, everyone was involved in slavery; so everyone was wrong.

About the Author
Leading international lutenist, teacher, music editor, festival director and broadcaster Ben Salfield was born in 1971. A former election candidate and a current member of the UK Conservative Party, he is also known as a political commentator and a campaigner against antisemitism, whose speeches have been lauded for their insightful commentary. Ben Salfield lives in Cornwall, UK, with his six cats.
Comments