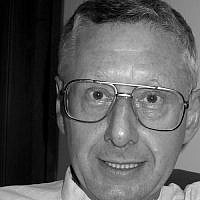 Stacey Elizabeth Plaskett (born 1966) is a non-voting African-American delegate to the U.S. House of Representatives from the Virgin Islands, a U.S. territory in the Caribbean that is not a state and therefore does not have a state’s rights. Plaskett is a trained lawyer who has practiced law in New York City, in Washington, D.C., and in the U.S. Virgin Islands. She was one of the House impeachment managers during the second impeachment trial of Former U.S. President Donald Trump last month, the first non-voting member of the House of Representatives chosen for this role.

In the heat of Donald Trump’s second impeachment trial in the U.S. Senate, on February 12, 2021, while concluding her fiery speech, Ms. Plaskett made two fascinating “Freudian” slips of the tongue. It was the fourth day of the impeachment trial, and Ms. Plaskett was answering a question from one of the Democratic senators aimed at letting her score additional points against Trump. Ms. Plaskett then made the following slips within the space of two minutes.

The second slip occurred when Ms. Plaskett concluded her answer with “that is why he [Trump] must be convicted and acquitted.” At this point, she walked away from the microphone. Her audience laughed at the slip. A couple of seconds later, realizing what she had said, Ms. Plaskett went back to the microphone and corrected herself, saying “convicted and disqualified.”

To a trained ear, these two “Freudian” slips were meaningful. Ms. Plaskett may have felt that the trial proceedings were a kind of “calvary,” a word associated with the Passion of Jesus Christ, designating the place of his crucifixion, a Jerusalem hill that looked like a skull (Latin calva). Was it Trump’s “calvary,” however, or her own that Ms. Plaskett unconsciously felt Trump had called? And did the second slip indicate that Ms. Plaskett unconsciously wanted Trump acquitted, or rather that she knew, and feared, that the Republican senators would acquit Trump, voting what they deemed to be their political expediency rather than their conscience, as they indeed did soon after her speech?

Ms. Plaskett had two strikes against her in American society. She was a black woman, and thus subject to racial discrimination, and she came from a U.S. territory whose citizens could not vote in U.S. elections and was, therefore, a non-voting member of the U.S. House of Representatives. She complained about this discrimination in her answers, saying bitterly that blacks were “sick and tired of being sick and tired” about racial discrimination, and that the right to vote was a basic right of U.S. citizens — unless you lived in territory. One is left to wonder what was going on in the unconscious mind of one of Trump’s chief prosecutors.

Another fascinating question was what was going on in the mind of the Jewish U.S. Representative Jamie Raskin (born 1962), the lead House impeachment manager, who had lost his son to suicide on the last day of 2020, and who had publicly declared that he was not going to lose his country as well.

Like Ms. Plaskett, Mr. Raskin is a trained lawyer. Lawyers, who are trained to litigate, typically direct their emotional energies outward rather than inward, as do politicians. This process is known in psychoanalysis as externalization or projection. It is no coincidence that so many politicians are trained lawyers. Politicians are fighters, and the Canadian Jewish psychoanalyst Irvine Schiffer discussed “the charisma of the fighting stance,” the way our early and now unconscious Oedipal conflicts are excited by our fighting leaders.

Since early in Trump’s presidency, Rep. Raskin had joined forces with the Cassandra of U.S. politics during the Trump era, Dr. Bandy Lee, the psychiatrist who kept warning America and the world about Trump’s dangerousness. Raskin is a capable orator and prosecutor. He used his own life and emotions to sway the Senators during the impeachment trial, and even at times using humor at a time when he was in mourning. He did not make any noticeable slips of the tongue during his moving speeches on the Senate floor. The loss of his son, however, and its attendant emotions of sorrow, grief, and rage may have played an unconscious role in his decision to lead the prosecution of Donald Trump, and in the way he carried it out. By fighting the former president, Raskin could think and feel that Trump was to blame for his son’s suicide, rather than blaming either himself or his son for it. This eased his terrible pain.