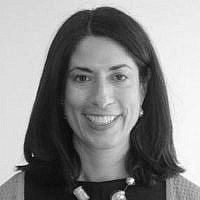 Early a.m. on the coast of the Adriatic Sea, those of a certain age own the waters. The tranquil waters await them, as they carefully climb down the stairs built into the cliffs leading down to the sea. Towel in one hand, the other hand as a counterbalance as they navigate the stairs — laying out the towels on their designated spot, their “makom kavua” on the pebble beach, as they have done year after year. 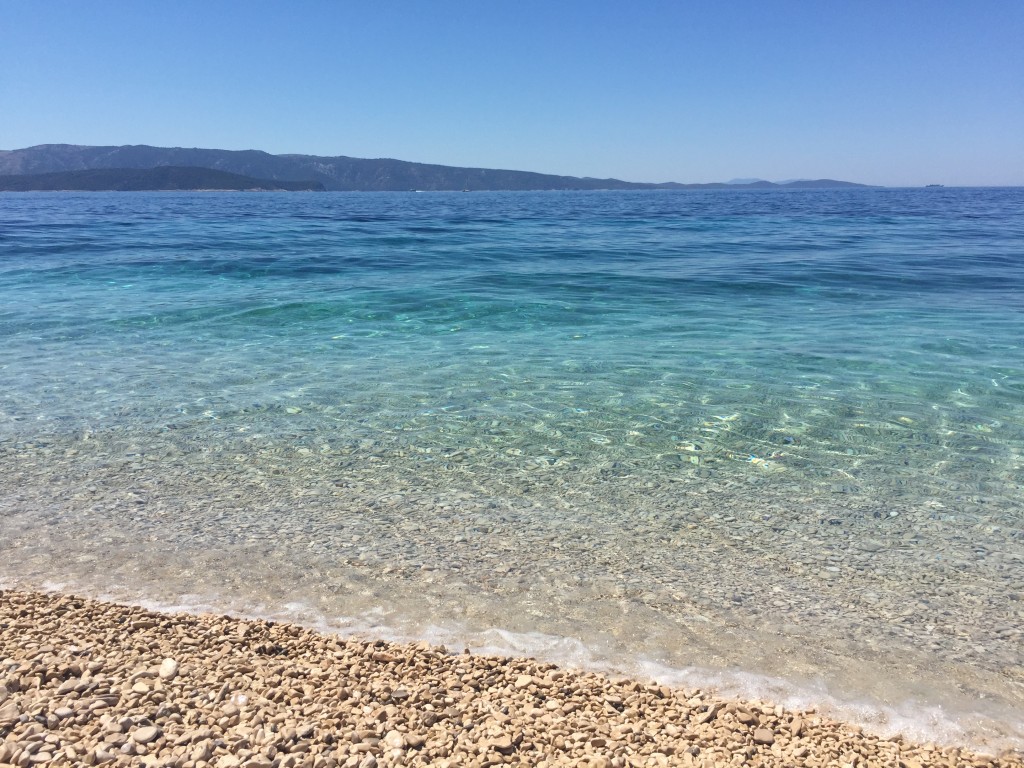 Shoes come off — and they are ready. The men — wearing bathing suits that in another country would only be worn by those on a swim team — converse easily with each other. The women wear bikinis, regardless of their age and shape. No Vilebrequins here. Their beach towels placed a respectful distance from the white plastic lounge chairs, which will soon be filled by the hotel guests who concentrate on relaxing — as the local children scramble up the rocks to fearlessly jump from the cliffs into the sea.

The grey-haired men swim backstroke, the women do the breaststroke — one keeps her sun hat on. There is a method and a rhythm to their early morning, with time carved out to shmooze and catch up after swimming, drying themselves briskly with the well-worn towel.

A glittering sea, a truly stunning setting — hard to fathom that relatively recently there was a war on these shores. The veneer of the perfect vacation and cruise ship destination is what the tourists see and feel. But scratch the surface and the raw memories bubble underneath. Of the million plus tourists who visit the old town of Dubrovnik annually, how many notice the sign in Croatian near Pile gate, identifying the vast majority of buildings that were damaged in the 1991 siege on Dubrovnik?

And I sit by the sea and wonder…. did they also swim during the Homeland War? As the 17-year-old children were drafted, handed guns and sent directly to the front line? When the elderly and children escaping the terror of Vukovar streamed into Zagreb on trains — carrying their worldly possessions in tattered bags?

“Where were you during the war?” is still a common question here. School curriculums tread gently when teaching about the war, attempting to be sensitive. One woman shared that she was 20 during the war, chatting with a friend in Zagreb’s central square when the air raid siren started screaming. Not knowing what to do, she instinctively followed the horde of people fleeing in fear. They ran into a complex of concrete underground tunnels, 350 meters long, stretching beneath the old town of Zagreb. Sweaty, scared, they huddled in the tunnels shoulder to shoulder for hours. She had asked her mother about those tunnels, and her mother told her they were an urban legend. She quickly learned that the tunnels had been built during the “other” war — World War II.

The underground tunnels were built as a shelter, but were not used in that war, as the Nazis entered Zagreb without a fight. The synagogue was burned and looted by the “Black Shirts” in Zagreb to demonstrate their allegiance to the Nazis. The Nazis then included photographs of the demolition of the synagogue in a purported “Art Exhibtion” in Zagreb, as part of a propaganda campaign to spread anti-Semitism.

My gut is that the Adriatic swimmers swam through it all — through pain, stress, loss, and war. Through economic angst, uncertainty, anxiety about their future, and for some, a yearning for the socialist structure of their past. The water accepts it all, and gives them the space and energy to look forward.

About the Author
Chavie N. Kahn is a leader, strategist, fundraiser, educator. Building relationships, developing the strategy, cultivating & securing the resources to make dreams happen-- that is her passion. She is an experienced non-profit development professional, managing campaigns and successfully generating major endowment gifts for metropolitan New York schools in excess of $84M. She is a former litigator at Fried, Frank, Harris, Shriver & Jacobson, and in house litigator at Prudential Securities. She currently is focusing on improving Jewish day school education and on leadership.
Comments