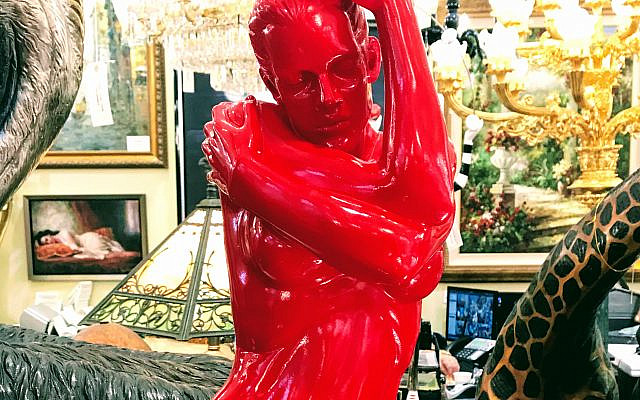 Since its creation in 2006, the immensely corrupt UN Human Rights Council (UNHRC) has issued almost more resolutions against Israel than against all other countries in the world combined. However, this week, the UNHRC took the cake by condemning Israel for defending itself against terrorist organization, Hamas, which shot more than 4,000 missiles against major cities and civilian population centers in Israel and hiding behind human shields in Gaza—a double war crime. Moreover, these 11-days of rocket attacks by Hamas were not an isolated occurrence against Israel, but at least the fourth war with the Hamas controlled Gaza strip since 2008 and just the latest in a long list of Arab wars and terrorist attacks against Israel since its founding in 1948: Unfortunately, “America’s 9/11 is Israel’s 24/7.”

While the UNHRC has an incredibly important and noble mission to promote and protect human rights around the world, in reality, the UNHRC, conducts itself like its anti-Semitic parent, the United Nations (UN) which regularly condemns Israel at every turn of world events. Made up of a variety of despots, dictators, terrorists, and rotten-to-the core human rights violators, the UNHRC refuses to condemn the incessant attacks and terrorism against Israel, but rather they defend those that want to “throw the Jews into the sea” and in turn use anti-Semitic attacks on Israel to hide their own fraud, waste, abuse, and corruption at home.

In 2018, the United States withdrew from the UNHRC, with U.S. ambassador to the UN, Nikki Haley, noting that the UNHRC is a “hypocritical and self-serving organization.” Other critics have rightfully noted that:

This week’s UNHRC vote condemning democratic Israel and establishing the first permanent open-ended investigation into Israel’s treatment of Palestinians, was sponsored by no other than the Organization for Islamic Cooperation, which used the packed vote against Israel as simply another tool to attempt to degrade and defeat her. The vote was 24-9 in favor and with 14 abstentions. However, let’s take a brief look at Human Rights Watch to see a sampling of the countries that voted against Israel in a ludicrous tragicomedy featuring a cast of characters that itself is made up of corrupt human rights violators:

If this is promoting and protecting human rights, then what does oppression look like? With a sickening human rights record like these countries have, is it any wonder that these countries use the UN and the UNHRC as a bully pulpit against Israel and the Jews, so that they have a convenient scapegoat to cover up for their human rights wrongdoings and evil political misdeeds? Already in 2005, former UN Secretary General Kofi Annan warned:

We have reached a point at which the [UN Human Rights] Commission’s declining credibility has cast a shadow on the United Nations as a whole, and where piecemeal reforms will not be enough.

Unfortunately, while the UN “Commission” on Human Rights was replaced primarily in name only by a UN Human Rights “Council,” nothing much else changed in their wanton display of corruption, anti-Semitism, and human rights violations. To this day, the leaders of these countries use Israel and the Jews as an object of hatred and for persecution to deflect and hide the repression and atrocities that they routinely and wantonly do to their very own people.