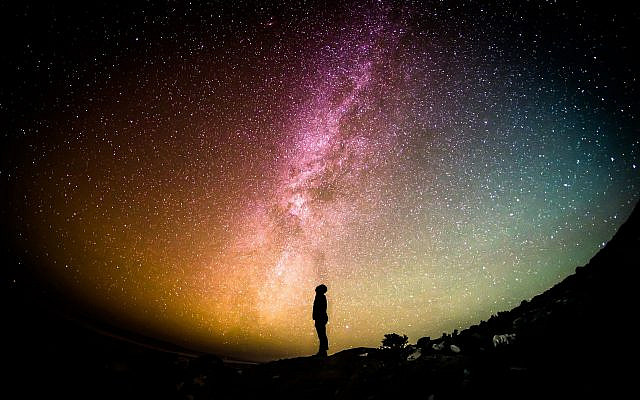 The quintessential Jewish expression of thanks, gratitude and acknowledgment is Baruch Hashem, meaning “Thank God,” or “Praise be to the Lord.”

Chassidim say of the Baal Shem Tov that he would travel around the little towns and villages of Eastern Europe, asking Jews how they were. However poor or troubled they were, invariably they would reply, Baruch Hashem. It was an instinctive expression of faith, and every Jew knew it. They might have lacked the learning of the great Talmudic scholar, or the wealth of the successful, but they believed they had much to thank God for, and they did so. When asked what he was doing and why, the Baal Shem Tov would reply by quoting the verse: “You are holy, enthroned on the praises of Israel” (Psalm 22:4). So every time a Jew says Baruch Hashem, he or she is helping to make a throne for the Shechinah, the Divine Presence.

The words Baruch Hashem appear in this week’s parsha. But they are not spoken by a Jew. The person who says them is Yitro, Moshe’s father-in-law. Rejoining Moshe after the Exodus, bringing with him Moshe’s wife and children, and hearing from his son-in-law all that had happened in Egypt, he says, “Praise be to the Lord [Baruch Hashem], who rescued you from the hand of the Egyptians and of Pharaoh, and who rescued the people from the hand of the Egyptians” (Ex. 18:10).

Is this significant? Why is it that this praise of God is attributed to Noach, Eliezer and Yitro, whereas from the Israelites, with the marked exception of the Song at the Sea, we seem to hear constant complaints? It may be simply that this is human nature: we see more clearly than others what is lacking in our lives, while others see more clearly than we do the blessings we have. We complain, while others wonder what we are complaining about when we have so much to be thankful for. That is one explanation.

It is, though, possible that a more fundamental point is being made. The Torah is signalling its most subtle and least understood idea: that the God of Israel is the God of all humankind, even though the religion of Israel is not the religion of all humankind. As Rabbi Akiva put it: “Beloved is humanity, for it was created in the image of God. Beloved is Israel, for they are called children of God.”[2]

We believe that God is universal. He created the universe. He set in motion the processes that led to stars, planets, life, and humanity. His concern is not limited to Israel. As we say in the prayer of Ashrei, “His tender mercies are on all His works.” You do not need to be Jewish to have a sense of reverence for the Creator or recognise, as Yitro did, His hand in miraculous events. It would be hard to find another religious literature that confers such dignity on figures who stand outside its borders.

This is true not only of the three notable figures who said Baruch Hashem. The Torah calls Avraham’s contemporary, Malkizedek, king of Shalem, a “Priest to God Most High.” He, too, blessed God: “Blessed be Avram by God Most High, Creator of heaven and earth. And blessed be God Most High who delivered your enemies into your hand” (Gen. 14:19-20).

Consider also, the fact that the title of our own parsha this week, which contains the Ten Commandments as well as the most significant event in all of Jewish history, the covenant at Sinai, carries the name of a non-Jew. What is more, immediately prior to the revelation at Sinai, the Torah tells us how it was Yitro the Midianite Priest who taught Moshe how to organise the leadership of the people.

These are remarkable expressions of spiritual generosity to those outside the covenant.

Or consider Tishri, the holiest month of the Jewish year. On the first day of Rosh Hashanah, as well as reading about the birth of Yitzchak, we read of how an angel came to the aid of Hagar and Yishmael. “What is the matter, Hagar? Do not be afraid. God has heard the boy crying as he lies there. Lift the boy up and take him by the hand, for I will make him into a great nation” (Gen. 21:17-18). Yishmael was not destined to be a carrier of the covenant, yet he was rescued and blessed.

On Yom Kippur, in the afternoon, after we have spent most of the day fasting and making confession, we read the book of Yonah, in which we discover that the Prophet uttered a mere five Hebrew words (“In forty days Nineveh will be destroyed”) and then the entire population – Assyrians, Israel’s enemies – repented. Tradition takes this as the model of collective repentance.

On Succot we read Zechariah’s prophecy that in days to come all the nations will come to Jerusalem to celebrate the festival of rain (Zech. 14:16-19).

This idea that you can stand outside the faith and still be acknowledged by people within the faith as someone who recognises God, is very rare indeed. Far more common is the approach of one God, one truth, one way. Whoever stands outside that way is Godless, unsaved, the infidel, unredeemed, a lower class of humanity.

Why then does Judaism distinguish between the universality of God and the particularity of our relationship with Him? Answer: because this helps us solve the single greatest problem humanity has faced since earliest times. How can I recognise the dignity and integrity of the ‘other’? History and biology have written into the human mind a capacity for altruism toward the people like us, and aggression toward the people not like us. We are good, they are bad. We are innocent, they are guilty. We have truth, they have lies. We have God on our side, they do not. Many crimes of nation against nation are due to this propensity.

Which is why Tanach teaches otherwise. Noach, Eliezer and Yitro were people of God without being members of Israel. Even the people of Nineveh became an example of how to heed a Prophet and repent. God blessed Yishmael as well as Yitzchak. These are powerful lessons.

It is hard to think of a more compelling principle for the 21st century. The great problems humanity faces – climate change, economic inequality, cyberwarfare, artificial intelligence – are global, but our most effective political agencies are at most national. There is a mismatch between our problems and the available solutions. We need to find a way of combining our universal humanity with our cultural and religious particularity.

That is what the Torah is doing when it tells us that Noach, Eliezer and Yitro said Baruch Hashem. They thanked God, just as we, today, thank God. God is universal. Therefore humanity, created in His image, is universal. But the revelation and covenant at Mount Sinai were particular. They belong to our story, not the universal story of humankind.

I believe this ability to be both particular in our identity and universal in our commitment to the human future is one of the most important messages we, as Jews, have to deliver in the 21st century. We are different, but we are human. Therefore let us work together to solve the problems that can only be solved together. 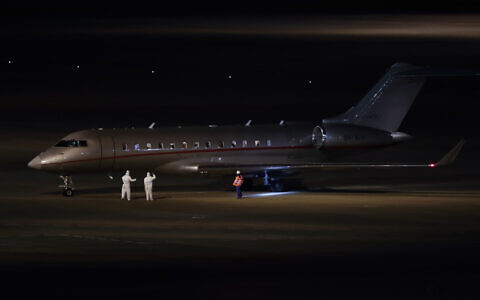 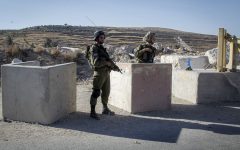