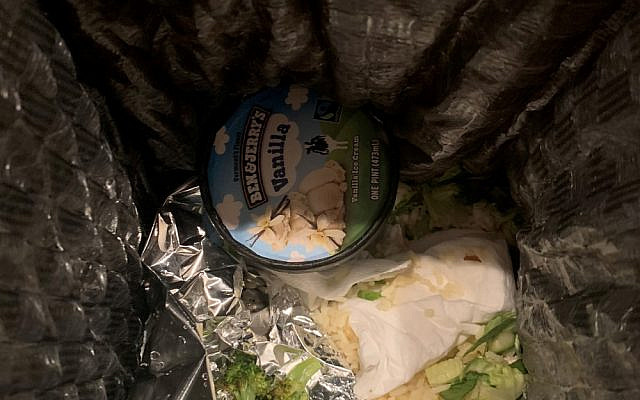 The ugly idea of Boycott Divestment and Sanctions has reared its head again. This time in the form of ice cream. BDS has many iterations and forms. Some times it is dangled about on university campuses to get student bodies to divest monies from companies that do business with Israel. Other times it is offered to boycott companies that have its operations in disputed areas of the West Bank of Israel. Some times it is encouraging companies to stop selling products within all of Israel or within these disputed areas as a signal to Israel to ends its occupation of Palestinian people and their land.

The natural evolution of these events is either a reactionary boycott, like what is happening with Ben and Jerry’s ice cream, where Jews worldwide stop buying the dairy treat. So many Jews are so disgusted at the notion of boycotting Israel that they are now boycotting the ice cream giant. That logic makes no sense. If boycotts are wrong, what does boycotting them teach and show? It is tantamount to our spanking our kids when they hit their brother while scolding them that hitting is wrong.

Second, targeted with BDS, Jews fall into the comfortable posture of victimhood. As Tal Becker likes to point out, the fight is as much over which people are a greater victim and suffers more as it is over land and territory, borders and Jerusalem. BDS moves the balance of victimhood.

Then the Zionist supporters collectively dive into discussions with what-about-isms and this data point versus another data point and arguments over who has it worse? The Israeli living in fear or the Palestinian living without dignity.

The unspoken problem with BDS from my perspective, is that it presumes that the Palestinian Occupation — if we are to agree to call it that — and the lack of a homeland, a capital and the right to sovereignty and autonomy for the Palestinian people lies solely with the government of Israel. BDS implies there is one guilty party for the situational realities in the region.

That is patently false.

This fact is rarely discussed as the root evil with BDS and the knee-jerk reactions it brings about. I do think it is the underlying challenge and energy for those who oppose it and support it, respectively.

The lack of a Palestinian state and its right to self-determination indeed has some significant blame within the Israeli government, but in no way is that the only or most compelling reason why the Palestinian fate is what it is today. From November 29, 1947 until today, there have been at least six serious overtures and opportunities for peace and a homeland for Palestinians. All were rejected. This generation of Palestinian youth has inherited a crappy fortune from the choices of their ancestors.

The Second Intifada has left indelible scars on the psyche of the Israeli citizenry and planted seeds of distrust that blossom whenever and wherever terror strikes. This onslaught of heinous murder on innocent civilians which led to a physical separation wall of division and checkpoints indeed make peace and sovereignty further away. That wall can be an eye sore and a source of tension, frustration and pain for different streams of Jews and it’s reality a source of frustration and obstacle and a barrier to freedoms for the Palestinians. However, the source of those challenges cannot be erased. Neither can the barrage of rockets that fall from Gaza as indiscriminately and as unpredictably as rain from the sky. The connection between Hamas and the Palestinian Authority is closer than we can tolerate and the silence of condemnation in the moments and aftermath of those rockets give reason to more distrust.

The world is broken into two sides: for us or against us. Liberal or conservative. Black Lives Matter or Blue Lives Matter. We have made little room for nuance, thoughtful dialogue, give-and-take and holding two truths.

This conflict has been ongoing for 73 years old — or at least 54 — and the solution is not simple or unilateral. It takes two sides to make war and two sides to make peace. We are capable of holding two truths and wrestling with them towards a safe and secure solution for both peoples. A boycott, encouraging divestment and sanctions only focuses on one of those sides and only holds one party responsible. That is the real crime of the BDS movement.

About the Author
David-Seth Kirshner is the senior rabbi of Temple Emanu-El, a Conservative synagogue in Closter, New Jersey. He is the past President of the NY Board of Rabbis, President of the NJ Board of Rabbis and a Senior Rabbinic Fellow at the Hartman Institute. Rabbi Kirshner was appointed to the New Jersey/Israel commission and is a National Council member of AIPAC.
Related Topics
Related Posts
Comments