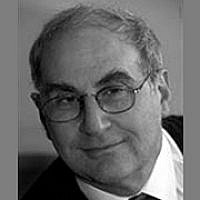 The Blogs
Lawrence Solomon
Apply for a Blog
Advertisement
Please note that the posts on The Blogs are contributed by third parties. The opinions, facts and any media content in them are presented solely by the authors, and neither The Times of Israel nor its partners assume any responsibility for them. Please contact us in case of abuse. In case of abuse,
Report this post.

The many costs of the war in Gaza are well known — both for Israelis and for Gazans — but the war’s upsides for Israel get short shrift in the media. The chief upsides — the ones that dominate all else — involve Iran.

Netanyahu sees everything through the prism of a coming confrontation with Iran, and properly so. Hamas can harm Israel but no one seriously thinks Hamas could militarily defeat Israel. Iran, in contrast, represents an existential threat — Israel’s only existential threat in the foreseeable future. Moreover, Israel’s war with Iran could happen very soon — later this year. That’s because the US negotiations with Iran, which run until November, could end badly then. It’s also because Israel might not want an attack on Iran to become a US election issue before the midterm elections, which also occur in November.

From Netanyahu’s perspective, Israel should do nothing now that undermines its preparedness for the war looming with Iran. Everything Israel does now should maximize Israel’s chances of success against Iran, even if Israel’s actions now compromise its current campaign against Hamas.

This explains Israel’s reluctance to retake Gaza, to topple Hamas, and to clear out the entire tunnel infrastructure, estimated to contain as many as 5,000 tunnels. Such an operation would not only cost the lives of many lsraeli soldiers, the military believes it could bog Israel down for years. Israel can’t afford to be bogged down in Gaza, not now, when Job #1 is taking care of Iran.

Israel is lucky that this war In Gaza happened now and not later, during a war with Iran— Israel unearthed a major hole in its defensive strategy against Iran.

Israel always knew that an attack on Iran could lead to a three-front war, with Hamas in the south and Hezbollah in the north joining in. Israel was prepared for that war.

But Israel didn’t anticipate — until a few weeks ago — that the tunnels from Gaza, which Israel knew existed, could lead to an underground invasion by hundreds, perhaps thousands, of terrorists simultaneously attacking Israeli communities. Such an invasion, especially in the midst of an all-out barrage of rockets from three fronts, would have been calamitous —the estimated number of Israeli deaths that could have resulted is in the thousands.

That blind spot of Israel’s is no more. Israel now appreciates the chilling danger that those tunnels represented and has destroyed 32 of them. While a few unknown tunnels may remain, and while they would allow for terrorists to infiltrate, any attack would not amount to a mass invasion and it would not take Israel by surprise. The destruction of those 32 infiltration tunnels, which won’t be rebuilt before Israel’s confrontation with Iran, represents an immense upside from the Gazan war for Israel.

Likewise, Israel is now also alert to the threat of infiltration tunnels dug out by Hezbollah in Lebanon, in the north. Some reports indicate that Hezbollah’s tunnels are far more sophisticated than Hamas’s, equipped to house hundreds of terrorists for extended periods of time, complete with kitchens and washrooms as well as command and control centers and weaponry.

This is another upside, because a chastened Israel is now taking these tunnels seriously as well, and is in the process of deciding how best to neutralize them and the damage that could flow from them.

This Third Gazan War has also improved the politics for Israel. Yes, anti-Semitism is on the rise in Europe and yes, the Western press is biased as always, despite some hopeful signs that some balance has been creeping in some media outlets. Yes, Obama and Kerry tried to push Israel into an intolerable ceasefire with Hamas.

But Israel has also had unprecedented room to maneuver in this war. In past wars, international pressure grew so intense that Israel had to back off early, despite wanting to continue. This Third Gazan War is unique. It has lasted 34 days now without withering pressure on Israel, without Israel needing to race against the clock, and take risks as a result, in order to finish the job before the US and other forced it to quit.

In fact, this time it is Israel which has decided to stop fighting. The first Gazan War in 2008, called Operation Cast Lead, lasted 22 days, the Second in 2012, called Operation Pillar of Defense, just 8 days. In this Third Gazan War, Israel has retained the initiative throughout, and is now into a second month of fighting.

Israel is able to assert itself so well because it has the so-called moderate Arab world on its side — Egypt, Jordan, Saudi Arabia, the Emirates, the Arab League, the Palestinian Authority — all are rooting for Israel and against Hamas. The moderate Arab states depend on Israel as a bulwark against Hamas, against the Muslim Brotherhood, against ISIS and other radical jihadis that want to overthrow their regimes and these moderate Arab states also depend on Israel to counter Iran, which seeks dominion over the Arab lands.

The ruling class in Arab countries now embraces Israel and not just the ruling class— Arab columnists and commentators now often blame Hamas and support Israel, sometimes emphatically. In the past, overt support for Israel would have invited condemnation if not a death sentence.

In western capitals, the diplomats from these Arab states are working over their western counterparts, arguing Israel’s case and discrediting Hamas’s arguments. Many Western leaders have as a result tempered their criticism of Israel and have come to see Hamas — a serial ceasefire offender — as the intransigent party. European countries are even proposing to demilitarize Gaza under UN auspices, in effect stripping Hamas of power. Hamas, in fact, has never been so diplomatically isolated. Its sole Sunni Arab backer of any importance is Qatar.

Israel’s newfound political respectability abroad is another immense upside of its war with Gaza. This respectability gives Israel more room to maneuver in the months leading up to and following any confrontation with Iran, when it could need to be resupplied with arms and to be immunized against boycotts and economic penalties, such as another ban on flights into Tel Aviv.

The war also gives Netanyahu room to maneuver at home because Israelis are unusually united behind him now, and because no Israeli leader will be willing to defer to Obama’s assurances that he has Israel’s back, or to Obama’s judgment as to the best diplomatic strategy. When Israel’s government decides to act against Iran, there will be less second-guessing by left-leaning Israelis who in the past had put their trust in the Obama Administration.

An Israeli attack on Iran would no longer be a three-front war — more like a two-and a half-front war because the Gaza front would be a shadow of its former self. Hamas has lost most if not all of its tunnels into Israel, it has lost two thirds of its rockets, it has lost perhaps 1000 fighters and it has lost the support of many Gazans. The Gaza front has been sapped.

Israel’s gains are impressive. What of Hamas’s gains? Although it claims victory, Hamas is an abject loser. It won’t get the seaport or the airport It wants, in order to bring in arms and tunnel building materials. It also won’t get back its extensive smuggling tunnel system to Egypt, also used to bring in illicit materials. Hamas is unlikely to get anything of strategic value out of this confrontation, a dismal outcome that Hezbollah in Lebanon has doubtless recognized.

Although Hamas asked Hezbollah to enter the war, in jihadist solidarity, Hezbollah has refrained. Perhaps Hezbollah is keeping its powder dry, until it’s needed by Iran as a second front against Israel. Or perhaps it doesn’t want another pummeling, a more serious pummeling than it received in its 2006 war with Israel.

Either way, Hamas must see Hezbollah’s refusal to fight as another disappointment, and possibly Hamas might also feel justified by playing the same game and refusing to act as a third front should Iran and Israel be at war. Israel would thus be in a two-front war with Iran.

It won’t stop the coming confrontation with Iran but it has tilted the outcome in Israel’s favour.

About the Author
Lawrence Solomon is a columnist with Canada’s National Post. He was formerly a columnist with the Globe and Mail, a contributor to the Wall Street Journal and publisher of the award-winning The Next City magazine. He is author or co-author of seven books, including best-sellers in the energy and environmental fields. Since 1980 he has directed Energy Probe Research Foundation, one of Canada's leading think tanks, where he has been at the forefront of movements to promote conservation and clean energy, to stop nuclear proliferation and nuclear power expansion, to promote democracy and human rights, and to convert free roads to toll roads. He is a Fellow of the Canadian Institute for Jewish Research and a founder of the World Rainforest Movement, Friends of the Earth Canada, and Lake Ontario Waterkeepers.
Related Topics
Related Posts
Lawrence Solomon
Comments