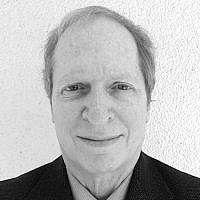 The Blogs
Stuart Erdheim
Apply for a Blog
Advertisement
Please note that the posts on The Blogs are contributed by third parties. The opinions, facts and any media content in them are presented solely by the authors, and neither The Times of Israel nor its partners assume any responsibility for them. Please contact us in case of abuse. In case of abuse,
Report this post. 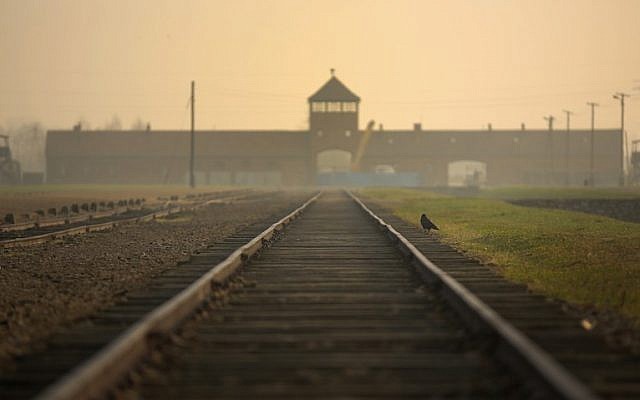 Why is a representative of the United States Holocaust Memorial Museum promoting the notion that it would have been a bad idea for the Allies to bomb Auschwitz?

Rebecca Erbelding, one of the curators of a new exhibit at the museum, has tried to pour cold water on the bombing idea in a series of recent interviews. She told The Times of Israel (April 14) that bombing Auschwitz “would have killed a lot of people. There were about 100,000 people in Auschwitz [at this time]. And so if the [Allies] had carpet bombed the camp, most of the camp would have died.”

Erberlding assumes, erroneously, that the only way the Allies could have effectively attacked the camp was to “carpet bomb” it, thus potentially killing many of the inmates. One would expect a staff historian at the museum to be familiar with the contents of the museum’s own journal. Yet Erbelding seems completely unaware of my essay, “Could the Allies Have Bombed Auschwitz-Birkenau?” published in the museum’s journal, Holocaust and Genocide Studies, in which I demonstrated that the Allied air forces were capable of precision bombing when necessary.

A good example was the highly accurate Allied air raid at the Gustloff Armaments factory adjacent to the Buchenwald concentration camp in August 1944. The commander of that attack told me in an interview that he and his crew were briefed to avoid hitting the concentration camp, in order to avoid killing the inmates.

Post-raid aerial reconnaissance showed the destruction of the factory with no damage to the adjacent camp. Carpet bombing was often utilized during the war, but, as the Buchenwald attack shows, precision bombing was possible when necessary.

Erbelding’s hyperbole notwithstanding, the fact is that bombing the camp was not the only action suggested by rescue activists to disrupt the Holocaust. As the mass deportations of Jews from Hungary began in the spring of 1944, Jewish leaders urged the Allies to bomb the railway lines leading to Auschwitz, over which cattle cars packed with Jews were deported to their deaths.

Concerning that proposal, Erbelding said: “Had the [Allies] bombed the rail lines, they certainly could have stopped the gassing for a day or two. But prison labor was repairing train lines fairly quickly. So it would have had to be a continuous bombing of rail lines for it to be successful.”

I guess it depends on how one defines “successful.” Since the war could have ended at any time, or military developments could have affected the mass murder process in unforeseen ways, stopping the gassing for even “a day or two” could have saved many lives. That, in my mind, certainly would have been a “success.” Oddly, Erbelding seems to think that a bombing mission would not have been “successful” unless all the killing was brought to a halt. That’s an absurdly high bar to set, given the circumstances.

There was a third type of bombing that was proposed, which, for some reason, Erbelding does not discuss at all: bombing the bridges along those railway routes.

Roswell McClelland, the US War Refugee Board’s representative in Switzerland, wrote to the board’s leaders on June 24, 1944: “It is urged by all sources of this information in Slovakia and Hungary that vital sections of these [rail] lines, especially bridges along ONE [the Csap, Kosice, Presov route] be bombed as the only possible means of slowing down or stopping future deportations.”

By emphasizing the bombing of rail bridges, McClelland understood what the Allied Bomber Command already knew: the best way to effectively interrupt rail traffic was to destroy targets such bridges and viaducts, which were considerably more difficult to rebuild than rail lines.

I had the opportunity to interview Allied pilots who flew near Auschwitz in 1944, for my film “They Looked Away.” They too pointed out that it took the Germans much longer to repair bridges than railway lines, so hitting the bridges would have caused a greater disruption to the deportations of hundreds of thousands of Jews to Auschwitz.

Whether by precision bombing of the gas chambers, or knocking out railway lines or bridges, Allied air power could have been used to cause significant interruptions of the mass murder process. Rebecca Erbelding’s attempt to belittle these viable bombing options — in the name of the US Holocaust Museum — does a disservice to the institution that she represents, and suggests she is not fully familiar with some of the issues on which she purports to speak with expertise.

About the Author
Stuart Erdheim is the producer and director of the documentary film “They Looked Away,” concerning the Allies’ refusal to bomb Auschwitz.
Related Topics
Related Posts
Comments