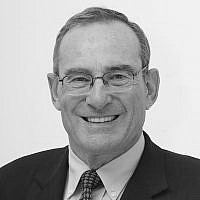 The Blogs
Eytan Gilboa
Apply for a Blog
Please note that the posts on The Blogs are contributed by third parties. The opinions, facts and any media content in them are presented solely by the authors, and neither The Times of Israel nor its partners assume any responsibility for them. Please contact us in case of abuse. In case of abuse,
Report this post.

On May 15, 2020, US Secretary of State Mike Pompeo issued a stern warning to the International Criminal Court (ICC) in The Hague. He said the ICC is a political body, not a judicial institution, and slammed the Court’s chief prosecutor Fatou Bensouda, for her determination to investigate what she called “Israeli war crimes in Gaza, the West Bank and East Jerusalem.” He claimed that the ICC has no authority to conduct this investigation because Israel, like the US, never joined the Rome Statute that created the Court. The Palestinians don’t have a sovereign state, “and therefore are not qualified to obtain full membership, or participate as a state in international organizations, entities, or conferences, including the ICC. “A court that attempts to exercise its power outside its jurisdiction is a political tool that makes a mockery of the law and due process,” he stated. Pompeo concluded with a warning, “If the ICC continues down its current course, we will exact consequences.”

Bensouda’s decision to investigate alleged Israeli war crimes has triggered severe criticism. In addition to the objections mentioned by Pompeo, the ICC was founded in 2002 to investigate serious crimes against humanity and war crimes, such as genocide, committed by countries that are not investigating war crimes of their own citizens. The Israeli case does not meet any of these fundamental conditions. Thus, Bensouda has violated the ICC’s own rules and procedures.

Due to this criticism and condemnation of her action, the prosecutor had to ask a pre-trial panel of three judges to authorize her investigation. These days, the judges, Péter Kovács from Hungary, Reine Alapini-Gansou from Benin and Marc Perrin from France are deliberating her request. Pompeo’s warning is intended to influence their decision. On his visit to Israel last week, Prime Minister Benjamin Netanyahu asked Pompeo to act forcefully against Bensouda and the Court. Pompeo also followed up on a letter sent to him a week ago by 69 senators and 262 representatives, both Democrats and Republicans, asking him to vigorously defend Israel against the ICC’s pending investigation.

The US is threatening the ICC not just for the sake of Israel. In November 2017, Bensouda announced that she had enough evidence to investigate alleged US war crimes in Afghanistan. She also asked a pre-trial panel to authorize the investigation. The US criticized her strongly, cancelled her visa to the US and threatened to prosecute her in a US court and all those who might be involved in the case including her staff and even ICC judges. If the court ever dares to detain an American citizen, senior officials warned, the US will use force to release him.

Apparently, the severe threats influenced the pre-trial judges, who didn’t allow the prosecutor to continue with her investigation. Bensouda appealed this decision and recently an appeal panel of judges reversed the decision of the pre-trial chamber and authorized Bensouda to investigate the US. Therefore, the Pompeo warning on the Israeli case is also a message against an investigation of the US.

Eight countries from all continents but Asia: Germany, Austria, Hungary, Brazil, Uganda, the Czech Republic, Australia and Canada delivered a formal objection to Bensouda’s plan to prosecute Israel (the Canadian protest was disqualified for technical reasons). Germany’s criticism and objection is especially important  because it is considered as one of the strongest supporters of the ICC. Dozens of non-governmental bodies and experts have also filed objections.

In the meantime, testimonies about Bensouda’s dark past have surfaced. Victims claimed that when she served as the Justice Minister of Gambia, she was an integral part of a cruel and authoritarian regime guilty of oppression and serious human rights violations. Recently, news reports also revealed that she advised Palestinian officials how to deal with the Court and obtain a decision to investigate and indict Israel. This conduct violated the ICC’s rules.

If the pre-trial panel of judges authorizes the prosecutor to open an investigation of Israel, it could have serious legal implications for Israeli high-level politicians, officials, and military officers. The prosecutor is likely to summon many of them for questioning. They will certainly ignore the invitations and then the prosecutor could issue international orders for their arrest. On paper, they could be arrested and extradited to the Court if they visit any of the 123 countries that are party to the Rome Statute and are supposed to comply with the ICC’s arrest orders. Regardless of bias and excessive politization, the ICC’s investigation of alleged Israeli war crimes could severely damage Israel’s standing and reputation in the world.

On May 17, 2020, while introducing his new government, Netanyahu referred to the Court and said: “We will fight the International Criminal Court’s attempt at accusing IDF soldiers of war crimes and the State of Israel for the horrendous crime of kindergarten construction. What hypocrisy, what twisting of the truth. These areas of the country are birthplaces of the Jewish nation. It’s time to apply Israeli law over them.” Netanyahu referred to the section in Bensouda’s criminal charges that defined the Jewish settlements in the West Bank as war crimes. The talks about unliteral implementation of sovereignty extension to the Jewish settlements and the Jordan Valley, as prescribed in Trump’s Israeli-Palestinian peace plan, could hinder the international effort to prevent the ICC’s investigation.

Israel cannot cope alone against the dangers inherent in an investigation and possible indictments by a biased prosecutor and a highly politicized tribunal. Therefore, the assistance of the US and other countries is crucial. Pompeo’s warning to the ICC is crucial to defeat Bensouda and the Palestinians who have been trying to undermine Israel’s right for self-defense and its standing in the world. But this isn’t enough. Israel should conduct a heavy and ongoing campaign against the ICC with all the diplomatic and legal tools available to her. The former IDF Chief of Staff and the new Israeli Foreign Minister Gabi Ashkenazi may be one of the first to be summoned by Bensouda for questioning, and therefore he should place the campaign against her and the ICC high on his list of priorities.

Prof. Eytan Gilboa is an expert on international relations and a senior research associate at the BESA Center for Strategic Studies, Bar-Ilan University. This article is based on a larger study published in the BESA Center Perspectives series. 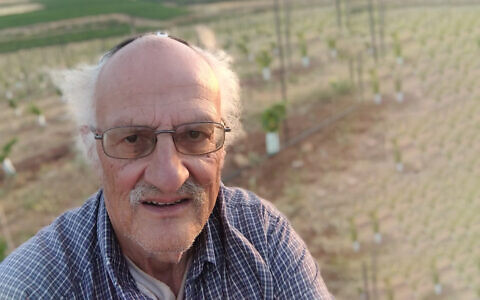 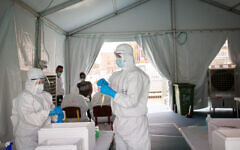