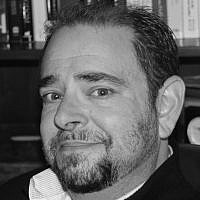 The Blogs
Jason Katz
Apply for a Blog
Advertisement
Please note that the posts on The Blogs are contributed by third parties. The opinions, facts and any media content in them are presented solely by the authors, and neither The Times of Israel nor its partners assume any responsibility for them. Please contact us in case of abuse. In case of abuse,
Report this post.

Since its emergence as a world power, the U.S. has had a wise and, some would say, sage policy of supporting our friends and combating our enemies. That policy has served the U.S. and the world well. When the U.S. is engaged on the world stage, while it practices this policy in a robust manner, the world is generally a quieter and safer place. In recent years, though, this policy seems to have been stretched and contorted to a point that it is all but unrecognizable.

In the Middle East, arguably the most volatile and dangerous neighborhood in the world, the U.S., specifically the Obama Administration, seems to continually see the region through rose colored glasses and has utilized a strategy that one would employ whilst organizing a community event.

For instance, the Administration’s feckless pursuit of an arms limitation deal with Iran is one that, even if the Administration gets everything it wants, leaves Iran far too close to completing a nuclear weapon. By all indications, the Administration’s folly in this regard will put Israel in an untenable security position. Israeli Prime Minister Benjamin Netanyahu traveled to the U.S. to make his case against such a deal, but President Obama was perturbed that the invitation was not extended following diplomatic protocol, so he did not meet with him and even asked fellow Democrats to boycott the joint session of Congress. One, that is not how the U.S. treats its friends and two, these are actions indicative of petulance not prescience.  In Israel, the U.S. has the only democratic, truly stable government and first world nation in that entire region. There are others on the right track, but they are emerging, whereas Israel has arrived.

The Saudis, Jordanians, Egyptians, et al (particularly, the Egyptians who are still angry at the President’s foolish and overt support of the terrorist Muslim Brotherhood) are all relatively stable and Western-friendly nations; the U.S. is forsaking them with reckless moves vis a vis Iran. If President Obama wants a Middle Eastern nuclear arms race, he is going to get his wish and not much more — certainly he will not get a responsible Iran. And ISIS? It seems that all of our friends are dedicated to its eradication, yet the Administration still equivocates and, I guess, wants to find them jobs.

The Soviet Union is the only region of the world presently giving competition to the Middle East for most volatile and dangerous. The Russian Federation (or, to it put another way, a resurgent neo-imperialist Russia) is gallivanting all over Eastern Europe, Eurasia and Central Asia in an attempt to reclaim what was “lost” upon the dissolution of the Soviet Union.

It seems that Mr. Putin believes that Russia should be anywhere there are folks holding Russian passports…a dangerous outlook for many now-sovereign nations. When our close friend Georgia was invaded in 2008, the U.S. shouted some harsh language. When Crimea was invaded and subsequently annexed, the U.S. used some decidedly less harsh language, but did send Meals Ready to Eat. Now that Russia wants all of Eastern Ukraine, the Administration is considering, perhaps, making a decision.

What about Poland who stood up to the Russians on the U.S. sponsored missile shield during the Bush- 43 years, only to have President Obama say “oops.” What about the Azerbaijanis who, thankfully for them, largely chart their own path, but cast their lot with the U.S. and the West only to be attacked by U.S. sponsored media and the State Department for closing radical mosques and other perceived “abuses.” This while support is shown for Armenia, a radical and failed nation it its own right, but one that occupies part of Azerbaijan in a blatant violation of basic rules of international law?

It is crystal clear to friends of the U.S. that the U.S. is no longer a reliable partner. They stay with the U.S., for the time being, as the alternative is untenable. When will this nation get back to its roots: standing up for what is right and just? Israel is right and just. Ukraine is mostly right and just. Azerbaijan is right and just. Iran is bad. ISIS is bad. Russia and their vassals are bad…period. They collectively make the world a dangerous and unsafe place. It is time for President Obama to get his mind out of the proverbial classroom and start dealing with the facts on the ground:  support our friends and oppose our enemies. If the U.S. doesn’t distinguish between its friends and foes, these choices would made by others – a nice hypothesis for an academic discussion but a dangerous approach for a less than stable world.

Jason Katz is the principal of TSG, LLC, a consultancy that advises foreign governments, NGOs and corporations in the realms of strategic communications, politics and policy. He is also the former head of Public Affairs and Public Relations for the American Jewish Committee, based in Los Angeles.

About the Author
Jason Katz is the principal of TSG, LLC, a consultancy that advises foreign governments, NGOs and corporations in the realms of strategic communications, politics and policy. He is also the former head of Public Affairs and Public Relations for the American Jewish Committee, based in Los Angeles.
Related Topics
Related Posts
Comments