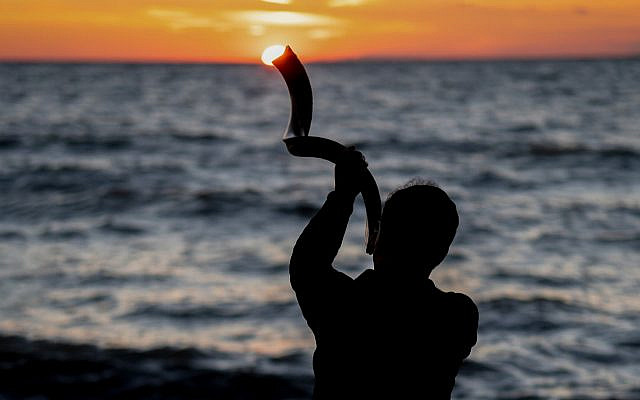 Photo by Megs Harrison on Unsplash

To comprehend the Torah’s holidays properly and at their deepest level, we must recognize them as a continuum throughout the year. Though Rosh Hashana is the “new year,” it is actually referred to in Torah as “the first day of the seventh month.” This is because there are multiple “new years” in Torah. Rosh Hashana, on the first of Tishrei, marks the genesis of humanity on the sixth day of creation, and therefore the first day of the counting of years from the beginning of recorded time. The calendar therefore begins with Tishrei, and the number of the calendar year changes at this time. The cycle of the festivals, however, begins in Nissan because the festival cycle charts our spiritual evolution, and that begins with the Exodus from Egypt.

While the body was originally born on the first Rosh Hashana, it was enslaved and constricted for thousands of years until the liberation of Passover. From Egypt, the fledgling nation went directly to Mount Sinai and received the Torah. This represented a rebirth, and from here on, the soul was able to express itself even from within the confines of the body. This is the purpose for which we were originally created, and therefore, from this point onward, the cycle of spiritual history begins in Nissan rather than Tishrei.

Yet Rosh Hashana still plays a focal role in this new timeline.

After our rebirth in Nissan, and after our rendezvous with God on Mount Sinai when He gives us the guidebook for our future, we wander in the desert of uncertainty and the darkness of this concealing reality. We eventually come to settle and dwell in a habitable land with security, comfort, and even luxury, yet we must still toil in the “fields” of livelihood and communal interaction. Though we may no longer be enslaved to Egyptian taskmasters, we become indentured to our work and preoccupied with our status and our possessions. It is not long before we are consumed by the land and by our labor, and the clarity and unity that we had glimpsed at Mount Sinai is lost and forgotten.

None of this is unforeseen by God, and it is, on the contrary, all part of the divine plan. We become consumed by the land not because we are at fault, but rather because it is only by implanting ourselves completely in the earth that we can decompose, sprout, and grow. Like a seed, we must first be broken down in the soil in order to reveal the essence of life and growth that is contained within us. Therefore, after it is revealed to us on Mount Sinai that God has embedded Himself in our core – “Anochi nosein lifneichem/I have placed myself (Anochi) within you” – we then enter the land of Canaan in order to cultivate the earth. We become farmers and builders. We sow the soil, implanting ourselves in our environment and disseminating the Torah that we were given in the desert. We rid the land of idolatry, we purify the atmosphere, we plant fields and orchards. We are working to recreate the garden that was lost by our first ancestors when they ate the apple and thereby lost contact with their interior.

However, eventually this toil in the fields becomes numbing and mindless. We lose our way because that is the nature of the “helam/concealment” of this “olam/world.” We become dizzied and disoriented with the cycle of the seasons. We forget why we are working and to Whom we are employed. It is not simply grain that we have come here to implant and grow, but it is rather faith and knowledge of God that is our true crop. Agriculture is simply the allegory for our mission, but we have become lost in the labor and forgotten the metaphor. We went into the fields to make them blossom, but our feet have become stuck in the mud as we have become mired in the mundane and abandoned our divine origin and our divine task. We have dozed off, and without mindfulness or consciousness, we continue to go through the motions, but we fail to yield the intended fruits of our labor.

It is in the context of this forgetfulness and unconsciousness that Rosh Hashana occurs several months after we have left Mount Sinai and immersed ourselves in the land. While Passover rescues us from slavery, Rosh Hashana rouses us from sleep. At Passover, the task is to break free, but at Rosh Hashana, the task is to wake up. It is time for us to regain consciousness of our mission and the One who sent us. It is for this reason that the primary ritual observance on Rosh Hashana is the blowing of the “shofar/ram’s horn,” which, amongst other connotations, represents a clarion call to reawaken and redirect one’s consciousness to that which is of primary importance.