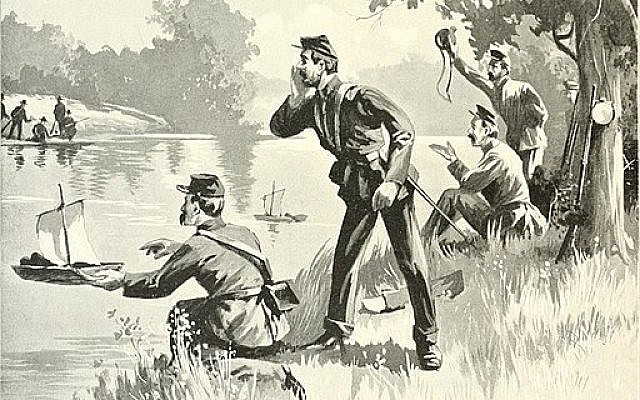 Amidst the ongoing COVID-19 pandemic, two big powers in the mainstream theater of Asia are engaged in a strategic ‘war of narratives,’ aiming to resolve their active conflicts without the use of swords. While the room to maneuver may seem to be ‘unlimited,’ the options remain ‘limited’ due to the perceived interdependencies and the scope of high collateral damage in an armed conflict. Both powerful neighbors are mature enough to understand that traditional warfare techniques are cost-ineffective means to pursue their strategic objectives. Therefore, both of them are engaged in the ‘war of narratives’ to resolve their mutual disagreements through the use of both ‘punishment’ and ‘rewards’.

Let us try to comprehend this modern conflict through the use of two imaginary situations with imaginary characters -:

H and C are two powerful neighbours with two buffer neighbours between them, namely, B and N.  There is a border dispute between H and C, which the latter delays willingly to exercise strategic dominance over H.

Situation 1 – One day, C tries to capture a disputed territory between C and B, but H stands behind B to protect against C’s aggression. C backs off after a channel of talks with H and learns that H will not be a mute spectator if he tries to capture B. Similarly, B learns that it has the back of H against C, so he is assured of his ‘protectorate status’. Moreover, all the neighbourhood realises that C is creating mischief and he cannot be trusted in terms of his aggressive tactics and lust for territory. You can see that this is a case of win-win for H.

Situation 2 – One fine day, H thinks that N is getting too close to C, so he tries to instigate N by quickly capturing over N’s territory to test the resolve of C’s security assurances to N. C is already miffed with H over the latter’s build up of modern infrastructure along the borders with C. Evidently, C nudges N to take a stand against H and simultaneously builds his own security presence around his borders with H. As anticipated, H also beefs up his security presence around his borders with C and starts negotiating about his own border with him. The entire negotiations of H shifts to his border dispute with C, which (as we know) the latter is always unwilling to resolve. Meanwhile, H has a task at hand to cleverly pause his border dispute resolution mechanisms with N to make it a bilateral issue which can be resolved at a time and location of his choice without any scope of external interference. The entire neighbourhood once again sees C as an aggressor and gets reaffirmed about his lust for territory.

What do you see here?

It is the role reversal of Situation 1 in Situation 2. Who is going to benefit out of it? Well, the ‘beauty’ of this ‘war of narratives’ is that there is no clear winner at the conclusion. Both (or all) parties to the dispute have something to sell to their people. The victory and defeat are too fluid here to separate from each other and both of them may have overlapping tendencies.

If you are looking for the tangibles, then, you should also look for the intangibles because they may sometimes be bigger than the tangibles and their invisibility may actually be the reward for the shrewd winner who may sometimes be perceived by us as the ‘loser’. Therefore, in a sense, this is also the ‘curse’ of this modern warfare as it does not throw out a clear winner immediately. The ‘time’ acts as a ‘force multiplier’ or a ‘catalyst’ before the outcome of this war becomes clear to see.

So, let us wait and watch to see how the things will unfold in the Asian theatre. By the way, welcome to the future!