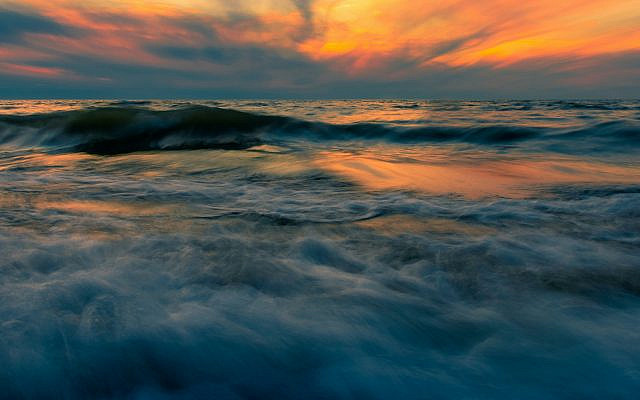 Over the past month, Kanye West has unleashed a deluge of hateful anti-Jewish rhetoric. While he has lost several business partnerships and agency representation, he has received a disturbingly huge amount of support. People from various political and ethnic backgrounds have applauded and echoed his hateful ideas about Jews.

Jew-hate goes well beyond Kanye. Orthodox Jews are harassed, assaulted, and even beaten on the streets of New York City on a regular basis. Just a few days ago, a 15-year-old Jewish yeshiva student was assaulted by a group of other teenagers and forced to say, “Free Palestine” on camera. That didn’t stop his assailants as they continued to pelt him with eggs and garbage.

On college campuses, Jews face antisemitism on a daily basis. Groups have created categories of acceptable Jews and unacceptable Jews. To these groups, most Jews are deemed unacceptable because most Jews believe that the Jewish state of Israel should exist. Zionist speakers are being banned.

Every week in our synagogues, we recite a prayer for the state of Israel. Our prayers reveal an ancient and continued attachment to the land of Israel. But our academic circles and our cultural circles are telling us, more and more, that we are not to be tolerated, that we are no longer accepted in their spaces.

When young Jewish women are excluded from university sexual assault groups because they believe, like most Jews, that Israel should exist, the waters around us are rising.

When congresswoman Rashida Tlaib announces that Zionists do not belong in the progressive movement, the waters around us are rising.

When English soccer clubs post Rosh Hashanah greetings to their Jewish fans on social media and countless people respond to those posts with “Free Palestine”, the waters around us are rising.

When the current “Free Palestine” / BDS movement, embraced by progressive culture, seeks the destruction of the Jewish state – something that cannot be achieved without the ethnic cleansing and genocide of seven million Jews – the waters around us are rising.

When the leadership that awaits young American Jews in the next few decades is one that sees Zionism as evil, when young Jews are being taught to renounce an integral part of their identity that has been a part of Jewish identity for thousands of years, the waters around us are rising.

The demand that Jews be redefined as merely a religion and not as a people – one whose roots are in the land of Israel – will only grow unless we resist it. If we do not, the waters will continue to rise.

In Parashat Noach, Noah heard God’s message, understood what was coming, and built an ark. Today, the waters around us are rising. Yes, we are lucky to be in the United States of America and not in 13th century England, 15th century Spain, or 20th century Europe. But if we do not see the waters rising – to the right of us and to the left of us – we will not fare well.

We must build an ark. We must navigate the rising waters. How?

By affirming who we are. By asserting to ourselves first and then to the rest of the world that we are not just a religion but a people. By loving our heritage; we are a people who celebrate and are guided by the ethical, legal, and spiritual teachings of our ancient religion. By teaching ourselves and our youth not to see ourselves through someone else’s narrative but our own. By loving the Jewish religion and Jewish peoplehood. As author and educator Ben M. Freeman says, through “Jewish Pride”.

We are a people rooted in our ancestral homeland, Israel. We must affirm, clearly and unequivocally, that talk of Israel’s destruction is unacceptable; that the discrimination against Jews who believe that we are entitled to a homeland is unacceptable. We must say categorically that the elimination of Israel is not justice but injustice; it is a call to genocide. This, all of this, is what being a proud Jew means. We cannot withstand the rising waters if we are not proud of who we are and if we do not assert who we are – whether the rising waters come to us from the right or from the left.

About the Author
Eyal Bitton is the cantor of Congregation Neveh Shalom in Portland, Oregon where he incorporates Sephardi/Moroccan music, Ashkenazi music, popular adaptations, and original compositions into the service. As a composer and writer, his theatrical works have been produced in the US, Canada, Kenya, and China.
Related Topics
Related Posts