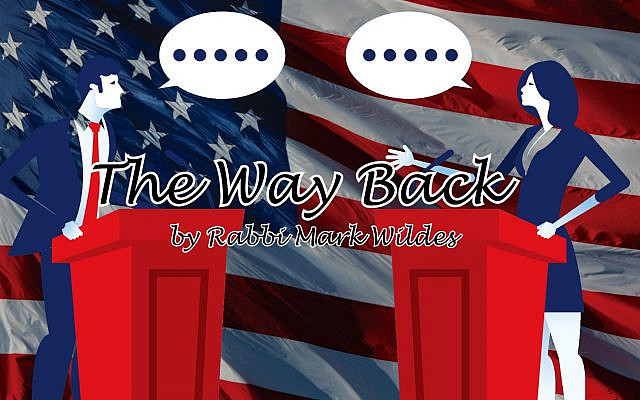 The political tension in our nation has been boiling for quite a while now, but the temperature this July 4th feels particularly high after the recent Supreme Court ruling overturning Roe vs. Wade. Many feel that the ideological gap between the right and left is unbridgeable and that the divide is just getting wider.

I still believe there is hope because as a country we have yet to truly implement a practice of dialogue that was utilized by not only the American Founding Fathers, but by the greatest of Jewish Sages.

It is no secret that the Founding Fathers had serious disagreements as to their vision for America’s future.  While the disagreements were often heated and sometimes even led to violence, the gaps were ultimately bridged because both sides understood that each wanted to create a nation built on freedom and certain inalienable rights. They didn’t look at their ideological opponents as adversaries to be destroyed but others with a different perspective. And they had an underlying respect for those with whom they disagreed.

The Sages of the Talmud had a similar outlook. In fact, many of the great Jewish scholars would purposely study with other sages with whom they were most ideologically opposed. Out of that tension sprouted the wealth of Torah knowledge known as the Talmud which has upheld the oral law of the Torah for millennia. This dialectic is best symbolized by the Biblical term for one’s soulmate: “eizer kenegdo” – which literally means “a helper against him”. To grow we need a partner who is more than a yes person. We need others to challenge us and that means engaging with those who hold opposing opinions.

Think of your favorite podcast. The best episodes are usually the ones where there isn’t complete agreement on the subject matter being discussed. However, what the two parties do agree on is their desire to have a civil, respectful, and dignified conversation in pursuit of the singular goal of finding the truth.  Unfortunately, that is rare in our social media era.  Raw face-to-face communication has been diminished in favor of communicating artificially through platforms where “dunking” on your ideological opponent is what gets rewarded – not productive discourse in pursuit of truth.

To get back to real debate with those with whom we disagree, we need to remember that growth – be it spiritual, political or otherwise, can never take place in an echo chamber.  Surrounding ourselves only with those who agree with us robs us of understanding alternative perspectives. And it is only through these other ways of thinking that our own opinions can be challenged and ultimately refined in favor of the truth.

There is only one way back to the kind of republic the Founding Fathers envisioned enshrined by Jewish values thousands of years before: giving people with whom we disagree the respect to hear them out so we can grow from our interaction with them.

About the Author
Rabbi Mark Wildes, known as The Urban Millennials' Rabbi, founded Manhattan Jewish Experience (MJE) in 1998. Since then, he has become one of America’s most inspirational and dynamic Jewish educators. Rabbi Wildes holds a BA in Psychology from Yeshiva University, a JD from the Cardozo School of Law, a Masters in International Affairs from Columbia University and was ordained from Yeshiva University. Rabbi Mark & his wife Jill and their children Yosef, Ezra, Judah and Avigayil live on the Upper West Side where they maintain a warm and welcoming home for all.
Related Topics
Related Posts