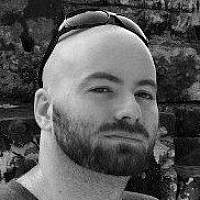 The EU is trying to draw lines on yet another map of the Middle East. The many previous and rather unsuccessful attempts of Europeans to draw borders in remote parts of the world have apparently not discouraged them from trying to do once again. Perhaps it is some kind of uniquely European disease of believing that they know better than the locals where the lines should run. Who knows?

They have now declared what is Israel and what isn’t. The Western Wall – not Israel. Interesting choice. One would say quite brave given how little likelihood there is that anyone in Israel would ever accept such a position. By creating an explicitly hostile policy towards Israel the Europeans have set themselves on a course which can’t possibly lead to more engagement with Israel and can only lead to further acrimony and hostility in return. Europe is quite obviously incapable of maintaining relations with Israel on the basis of mutual interests disjointed from the Israeli-Arab conflict. As opposed to a policy of general non-intervention that applies to European policy with most nations in the case of Israel Europe bullies and demands that its diktats be obeyed as a condition for cooperation. What real options are they leaving Israel? For Israel to explicitly declare the Western Wall to be occupied territory? What kind of Israelis are they talking to which makes them think this diktat has any chance of being accepted? So, let’s be honest. This isn’t a blip on the radar. This is the beginning of a major confrontation with Europe.

Fortunately Europe is a rather pragmatic entity. When policies are demonstrated as being counter-productive the Europeans have no problem folding and reversing themselves. When their general support of Israel before 1973 became problematic during the Arab oil boycott suddenly all but a handful of European countries chose to discover the suffering of the Palestinians. When an ‘intolerable’ dictator in Syria demonstrates staying power the Europeans are suddenly no longer interested in supporting the rebels and seem to prefer that the dictator survive and win rather than the conflict continue. So, the real question is how to demonstrate to the Europeans that their approach to Israel is counter-productive.

The European approach to Israel consists of several interlocking policies. The first is support for the Palestinian position of insisting on the 1948 cease-fire lines as future borders. In effect Europe insists that the Western Wall is Palestinian land and is destined to be part of the Palestinian State. If Israel wants a different outcome Europe expects Israel to pay for the Western Wall with land or concessions elsewhere as if Israel was buying foreign territory and not the holiest site of the Jewish people. The same European approach applies to all other land and settlements on the other side of the green line. The underlying assumption of the EU is that Israeli control over these territories is negotiable. Were it demonstrated conclusively that this is not the case the Europeans (and others) would be pushed into moderating their aggressive posture vis-a-vis Israel. The way to do so is to increase construction in Jerusalem and in the major settlement blocs and to continue increasing the rate of construction regardless of the European pressure. Once these areas are sufficiently built-up and integrated into Israel the European position becomes obsolete and will change. For comparison’s sake, the official American and European position is still that all of Jerusalem constitutes a corpus separatum, and is not in Israel, as per the 1947 partition plan. At this point in time this position is completely meaningless and has since been superceded by reality and you will hardly find anyone suggesting that it would be practical to push Israel out of Jerusalem or out of Jaffa.

Interestingly the most recent move by the EU comes at a time when construction in the territories is being restrained by the Israeli government as a good-will gesture. This demonstrates how useless such good-will gestures are in generating good-will. They seem to only encourage additional pressure and it consistently appears that when Israel moderates its positions it is almost immediately pushed towards further concessions with the promised good-will never materializing even as Israeli negotiating positions suffer.

The second aspect of the European position is support for the Palestinian Authority as a state-in-waiting while tolerating and often encouraging Palestinian moves that push a negotiated solution further away from realization. The EU has become the protector of the Palestinian Authority which it uses as a means of imposing its influence on the region. Absent the Palestinian Authority the EU would have no credible input into the affairs of this region. No European capital can host the leadership of Hamas for a discussion of the Middle East and no European diplomat will show up in Gaza to discuss the Israeli-Palestinian conflict with leaders that until recently have been explicitly praising and encouraging the mass murder of Israeli civilians while insisting on a solution that would lead to the massacre and/or expulsion of millions of Israeli Jews. Likewise none of the surrounding countries are very amenable to European intervention and would simply not tolerate it. As such, taking steps to forcefully limit European support of the Palestinian Authority would have the impact of generally decreasing European clout in the region and in the world. It would also cut down to size the Palestinian Authority which currently uses the budget provided by Europe to conduct an international diplomatic and PR policy consistent with a mid-size power. Such a step would demonstrate that rather than increasing Europe’s influence, hostile acts against Israel actually diminish Europe’s reach.

Lastly, but most importantly, the EU policy is based on the idea that hostile acts towards Israel will translate into increased support for the positions held by the Israeli extreme-left which hopes to drastically change the country both internally and in relation to its policy towards the territories. Conveniently the same Israeli organizations that give the Israeli extreme-left any political clout are sponsored to a large extent by European governments and “charities” involved in spreading European influence abroad. These organizations tend to publicize the flaws in Israeli society while working towards splintering it internally on the basis of ethnic/religious lines and are especially active in mobilizing the Israeli Arab population against Israel. There are dozens of organizations whose sole function is to generate negative propaganda against Israel for consumption in Europe while providing Europe with the propaganda organs to justify an act in which Europe boycotts half a million Israelis and declares Judaism’s holy site to be territory foreign to Israel with the justification that it is doing something good for Israel. Europe is acting as a hostile entity and it is sponsoring Israeli organizations that are explicitly hostile to Israel with the express purpose of influencing Israeli society and politics. There is absolutely no reason why such an absurd situation should be allowed to continue. Funding for such organizations should be cut off immediately. This would undermine the European attempts to impose its policy on Israel and would undermine these artificial European-funded smear campaigns against Israel and calls from within Israel to take hostile action against Israel.

The actions presented above are not really acts that should be taken in response to the latest European move. They are policies that should be pursued because such European moves provide the confirmation that Europe is a hostile foreign power whose continuous and heavy-handed attempts at intervention in the vital interests of the state of Israel should no longer be tolerated.