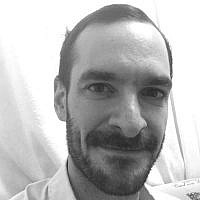 Once I read a story from Rebbe Nachman of Breslov. The question was posed to him, that if all of the great tzadikim of the past could not bring Mashiach, how could it possibly be that we could? (“If the Messianic redemption did not come in previous generations, with Tsadikim on the level of Moshe Rabbenu, Rabbi Shimon bar Yochai, the Ari HaKadosh, and the Baal Shem tov, how can it come now, when generations are on a much lower level?…”)

Judaism is a religion rooted in it’s past. Though it is most certainly true that our focus is also on the present and future (letting G-d into the world for a better future), we simply cannot deny that it is all over our tefillah that we are constantly looking back: Looking back to our Exodus from Egypt; looking back at our temple; looking back to the example that was set by our sages, our ancestors, our prophets, our kings, our priests… Though there were great mistakes made in our past, there were also great spiritual events and movements. Great movements of teshuva. These days, as we move further and further away from the times of the temple, the time in which were felt the closeness of the Shechinah in a way that we could only dream of today, we have to ask ourselves, what do we have to bring to the table? When we live in a world so extremely engrossed in the physical, prioritizing money, sex, and power over warmth, love and Torah? Indeed, it often seems that people go off the way these days because of how extremely cold, technical  and high-stressed people cause Judaism to be.

What could have been a great and passionate soul to let G-d in was so very damaged by the coldness and technicality of another, that they felt that they had no other choice in their inner being than to leave. A faith of love and warmth infiltrated by a coldness that looks at a soul as an “it,” a number, rather than a spiritually, emotionally sensitive being. And yet, on the other hand, I believe that on a general level, that many of us have also become weaker ourselves. That even when someone attempts to speak the truth to us, that in our head we may even know it is right, but it is so very hard to accept in our hearts and transform it into action.

To quote a facebook meme, “A couple of generations ago we stormed the beaches of Normandy. Now we need our ‘safe space’ because words hurt.” (Though granted, many of us, in fact more than we’d be willing to admit including yours truly, would rather take a bullet to the face before hearing a counter opinion rooted in truth…)

This combination of coldness and technicality combined with a weakness of heart, without going into too much detail, perhaps because of all of the rapid changes in our generation, changes that are taking place to the very foundations of what in past generations was taken as a solid granted, makes it so very hard to hold on to doing what’s right. Indeed, how can we bring Mashiach in such a time?

Getting back to Rebbe Nachman’s story, what was his answer?

“Once there was a great city surrounded by extraordinarily strong fortifications. All the powers in the world had plans to capture it. The various kings threw in their strongest forces, but they were wiped out. Then a certain wise king came along. He examined the walls carefully and reckoned that if he were to take  all his forces   and hurl them against the fortifications, he would capture the city. He did so, but  all his forces  were wiped out. Upon examining the walls however he realized that they were on the verge of collapse even though from the outside they appeared firm. The king realized that now, even with the elderly, the sick, and even the children, he could take the city. He gathered them together and succeeded. They destroyed the wall and took the city.

“So it will be in the redemption. The great Tsadikim of the past all fired their arrows against the forces of the ‘Other Side,’ and the Angel of Death. Their foundations, though they appear as strong as before, are totally shaken. Anyone in our era can come along and finish off the forces of the ‘Other Side’ and bring about the redemption and the coming of the Messiah.” (Written in Restore My Soul, Translated by Avraham Greenbaum)

So if according to Rebbe Nachman,  anyone  can do it, then what’s the secret formula? Honestly from my own standpoint, I don’t really know. I imagine anyone could come up with their own secret formula for what the right way is—Kabbalah, Halacha, politics, working on one’s character traits, or perhaps a combination of all of them. But I do believe I have one thought that I’d like to leave on this, to help bring the redemption forward.

In order for a good army to truly function properly, everyone’s talents and skills must be recognized. Perhaps there may be a one-eyed old man who is very old, but with that one eye he makes a great sniper. Maybe you have a kid who is too hyper-active, never did well in school, but he can throw a baseball because he has an arm like a rocket, so he’ll know how to throw a grenade. Maybe you have someone who is sick, but they know how to take an uzi and spray the heck out of a room filled with targets. Maybe you have a computer geek who hasn’t seen the outside of his house since he first learned how to type, but he’ll know how to work the tech to coordinate the missile launch.

Of course I speak in physical terms, but they can very well be spiritual. Though I’m not always the best judge of character, I personally believe that I’ve seen amazing giant souls who could never fit in at a yeshiva, if they could only be recognized for the beauty that they are. “The greatest sin one can commit is to forget that he is the son of a King.” Moreover, it is indeed very easy to cause someone to forget this.

If we keep only the particular standards of a bird, then the turtles of this world are going to feel completely lost and will go their own way. We were once twelve tribes–that is twelve different channels of spiritual talent. As an orthodox Jew, I will always stand by the Halacha. Yet, often I wonder if the way it is presented–in standard schoolbook/academic environment format–is a mistake for many. Halacha is an experience, as is Torah. To cheapen it to sitting in a chair like a veal while absorbing information–while it works for many and has the great potential to transport many to different spiritual worlds and visions even, does not work for everyone. So much of the time, hands-on experience is needed. While his spiritual heritage is wonderful, we cannot all embrace the spiritual work of the tribe of Issachar. Some of us are simply too wild for that. Some of us feel the resonance of the tribe of Gad, a warrior-like tribe who would never fit in the study halls of Issachar.

About the Author
Yehonatan was born in Dover, Tennessee, US. After converting to Judaism under the conservative movement, he made Aliyah, and converted again in Jerusalem under the Israeli Rabbanut at Machon Meir. He lives in Northern Israel with his wife, daughter, and son.
Related Topics
Related Posts
Yehonatan Ben Israel
Comments